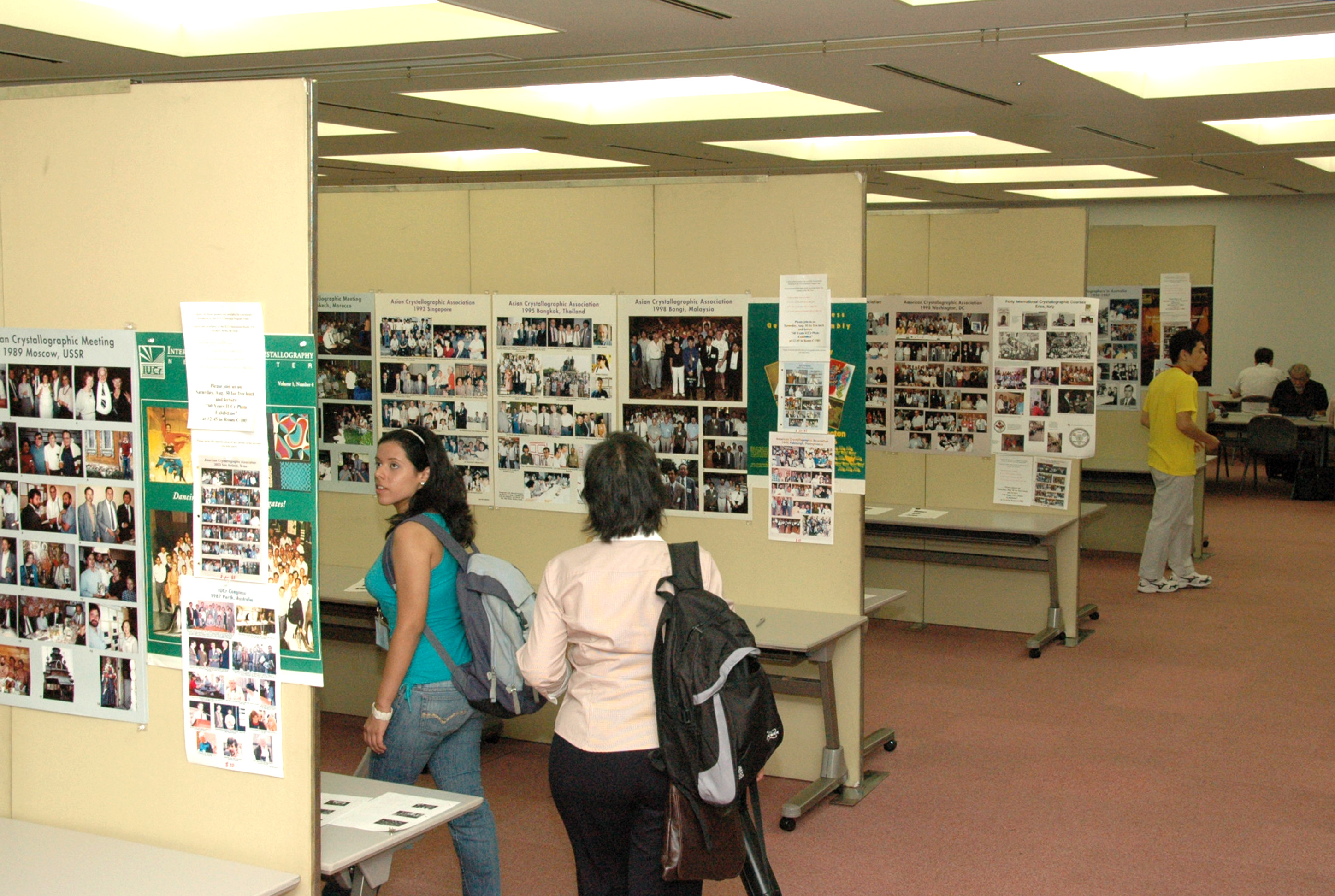 As part of the celebrations of the 60th Anniversary of the Founding of the IUCr, a special Commemorative Photographic Exhibition was mounted during the Congress. It took the form of a large number of posters collecting portraits and informal snapshots from major crystallographic meetings and events spanning the Union's history. Congress participants were invited to identify the individuals featured on each photograph.