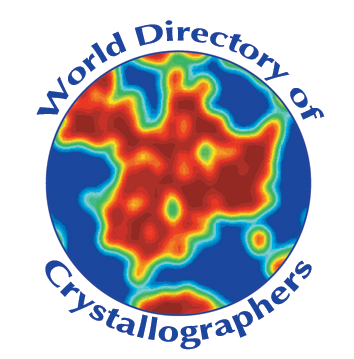 About the World Directory of Crystallographers

The World Directory of Crystallographers and of Other Scientists Employing Crystallographic Methods (WDC) is a database maintained by the IUCr as a resource providing contact details and scientific interests of active crystallographic researchers.

On the occasion of the first formal meeting of the IUCr at Harvard University in July 1948, the 155 famous crystallographers that appeared in the above photograph attending the conference probably represented only part of the crystallographic community at that time. It is easy to imagine that whenever an institution is founded, identifying its members is as relevant as stating its goals and objectives. The composition of a list of active researchers working in all areas of crystallography must have been essential in the early days of the IUCr.  Originally, the World Directory of Crystallographers must have been conceived as an organizational tool, used to facilitate international contacts and keep track of the growing number of crystallographers all over the world. In André Authier's 'Letter from the President' in the first issue of the IUCr Newsletter (1993, Vol. 1, No. 1) he mentioned that in those days '… the number of crystallographers was not very large; 2,255 coming from 52 countries were listed in the first edition of the World Directory, and there was a strong feeling of belonging to a single family'. The first edition of the WDC he referred to dates from 1957. I have never been able to consult it, but I am assured that copies of the first and subsequent editions are kept in the IUCr´s Chester Offices.

Up to the fourth edition, edited by G. Boom and published in 1971, the compilation of biographical data was produced by traditional manual typesetting methods. It was due to the huge work of Sidney C. Abrahams that the production of the first computer assisted directory of crystallographers was prepared. This task, undertaken at the IBM T. J. Watson Research Center, NY, USA, is described in the preface of the fifth edition of the WDC, published in June of 1977. A Subject Index for the Fifth Edition of the WDC, that correlated all fields of interest in crystallography with the names of the researchers listed in the fifth edition, was published shortly after, in 1978.

Allan L. Bednowitz undertook the important job of updating the existing entries and fields of interest to produce the Sixth Edition. The collection of  biographical data started in 1979 with the help of Sub-Editors for every country listed and was completed for publication in 1981. An updated Name Index was included in this edition, a very convenient 'search tool' at the time, that permitted identification of the country corresponding to each entry. Allan L. Bednowitz was also General Editor of the seventh edition with A. P. Segmüller acting as Associate Editor. The work for this edition was facilitated by the existing electronic files and changes were made in the 'fields of interest' section in order to enhance the content of the planned Subject Index.

When in 1985 I was invited to act as Sub-Editor for Brazil of the Seventh Edition of the WDC, I gladly accepted. In the late seventies I had moved to Brazil and had become very much involved with the recently founded Brazilian Crystallographic Association, for which I had created a membership list that included scientific interests, following the lines of the WDC. This activity helped me to get acquainted with the community, organize meetings, and help in sharing resources. Consequently, working as a Sub-Editor of the WDC was a good opportunity to cross-check and update the entries in our country list and expand the local interaction with other groups of studies abroad.

In 1991, when Yves Epelboin assumed the position of General Editor with the responsibility of producing the 9th Edition of the WDC, he invited me to act as Regional Editor for Latin America. Thus I had the chance to follow the changes that were considered essential to transform the existing World Directory into a database that could be accessed through internet services allowing constant updating of the biographical information. This formidable task was indeed accomplished owing to the enthusiastic drive and dedication of Yves Epelboin, the collaboration of Syd Hall, who developed a data format based on the STAR file that he had invented for use by the Union in its new Crystallographic Information File (CIF), and the help of the editorial staff of the Union. Struggling to put the entries into the correct STAR format were the Regional Editors G. Filippini (Europe), H. Hashizume (Asia), W. L. Duax  and Y. Le Page (North America) and myself (Latin America), together with  a long list of National Editors. The 9th Edition took several years to complete, and was released in 1995.

The 10th Edition, published in 1997, was the last printed version. The number of crystallographers had grown tremendously since the first biographical list was edited. The 10th Edition (1997) contained 7957 entries from 74 countries. And despite the new subject areas that have appeared, we have been linked over the years by the underlying science of crystallography. The current electronic version, that can be accessed from the IUCr home page, is the 11th Edition of the World Directory of Crystallographers and of other scientists employing crystallographic methods (WDC 11), and continues to be a very valuable source of professional information about the members of this ever increasing scientific community.

During the 2008 IUCr Congress and General Assembly in Osaka, the Executive Committee invited me to succeed Yves Epelboin as General Editor of the WDC.  I accepted the appointment because I had some ideas about the electronic tools that could still be developed to take advantage of its full potential as a biographical database that would prove a lot more convenient than any other scientific search tool already on the web for questions related to the different areas of crystallography. But I also must admit that there was an additional motive: I am very much attached to this editorial effort. After all, my involvement with the WDC has been part of my work for almost 25 years!

We count on the community to improve and update our World Directory of Crystallographers, and will undertake a number of initiatives during 2010 and 2011 to achieve this. It is a resource that this community has already nurtured for more than half a century: long may it continue.