for groundbreaking experiments regarding the two-dimensional material graphene 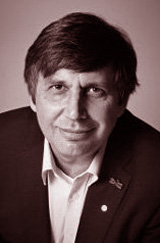 The information on this page is based on content at Nobelprize.org © The Nobel Foundation and Andre Geim's home page at the University of Manchester.