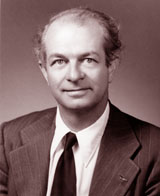 Pauling attended the public elementary and high schools in the town of Condon and the city of Portland, Oregon, and entered the Oregon State College in 1917, receiving the degree of BSc in chemical engineering in 1922. During the years 1919-1920 he served as a full-time teacher of quantitative analysis in the State College, after which he was appointed a Teaching Fellow in Chemistry in the California Institute of Technology (Caltech) and was a graduate student there from 1922 to 1925, working under Professor Roscoe G. Dickinson and Richard C. Tolman. In 1925 he was awarded the PhD (summa cum laude) in chemistry, with minors in physics and mathematics.

While at Caltech Pauling was pointed in the direction of a new experimental technique called X-ray crystallography, which enabled scientists to learn about the sizes and configurations of atoms within molecules and crystals. After gaining his PhD in 1925, he spent 15 months in Europe on a Guggenheim Fellowship, intending to study the basics of atomic structure. His timing was propitious. A group of European physicists, including Niels Bohr, Werner Heisenberg, Wolfgang Pauli, Max Born and Erwin Schroedinger - all of whom Pauling met - were creating new theories of atomic structure and behaviour and fashioning a powerful advance in science called quantum mechanics. Pauling learned the difficult theory, as well as the mathematics that underlay it, and was one of the first to bring this important advance back to the US. Pauling returned to Caltech in 1927 as a faculty member, and began to apply quantum mechanics to problems of chemical structure and function. His 1939 work, The Nature of the Chemical Bond, encapsulated his ideas and quickly became a standard work in the field.

At the age of 38, Pauling was a full professor and head of the chemistry division at Caltech, the youngest member ever elected to membership in the National Academy of Sciences.

Pauling had started his structural studies by considering inorganic molecules, but during the 1930s he shifted his structural studies to large biomolecules, especially proteins. His biomolecular research continued through World War II, during which Pauling also developed explosives and rocket propellants. He patented an armour-piercing shell, invented an oxygen meter for submarines, and was offered the chance to head the chemistry programme at the top-secret Manhattan Project, which he turned down, not because he was averse to the idea of the atomic bomb, but because it would mean uprooting his family. After the war, his feelings towards weapons work changed when, spurred by the pacifist activism of his wife, Ava Helen, Pauling joined other scientists in calling for civilian oversight and limitations on nuclear testing. He met stiff opposition to his efforts in the charged days of the budding Cold War.

Nonetheless, his scientific research was going well. In 1949, Pauling's team discovered the molecular basis of sickle-cell anemia. He continued to work on the molecular structure of amino acids and, in the early 1950s, determined the large-scale structures of many proteins, the so-called `alpha-helix'. He also worked, though unsuccessfully, on the structure of DNA. His many achievements were crowned with the awarding of the Nobel Prize in Chemistry in 1954.

After winning the Nobel Prize, Pauling focused his attention on peace work, organizing scientists and speaking out against nuclear testing and proliferation, often to great criticism and at remarkable personal cost. His peace activism work was capped in the fall of 1963 with the Nobel Peace Prize for 1962 (a year in which no prize had been awarded). The award was greeted with widespread criticism in the press. The lukewarm congratulations of his home institution, Caltech, led to his painful resignation from the school that had been his academic home for more than 40 years.

Pauling spent the next decade as an academic nomad, working at different thinktanks and universities. For over twenty years, between 1973 and 1994, Pauling's research focused on a field he termed `orthomolecular medicine', the concept that optimal health could result from ensuring that the right molecules were present in the right amount in the body. He viewed vitamin C as one of the most important of these molecules, oversaw a number of investigations into its effects on diseases, and encouraged the ingestion of daily amounts many times greater than the accepted minimum daily requirement. Many physicians attacked his approach; the medical community criticized his decision to publish a popular book on the subject without prior peer-reviewed scientific publication; and many thought his claims unsubstantiated. Pauling fought back with typical determination. In 1973 he co-founded a California research institute devoted to the study of the health effects of vitamin C and other nutrients. He conducted research there until his death from cancer in 1994, at age 93.