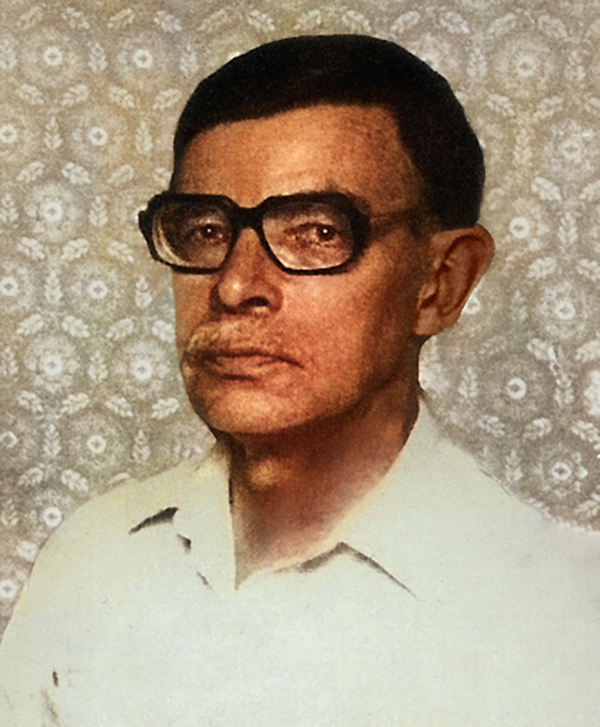 Professor Yuri T. Struchkov (1926-1995) was an outstanding Russian crystallographer who made substantial contributions to the structural chemistry of organic and organometallic compounds. He was the founder and longtime director of the X-Ray Structural Centre of the Russian Academy of Sciences, one of the most productive laboratories in the field of “small molecule” organic crystallography. He served as a member of the Executive Committee of the IUCr in 1990-1993 and was elected the Vice-President of the IUCr at the XVI General Assembly in Beijing in 1993. He did not finish his term as a VP, as he passed away in August 1995. In order to commemorate the life achievements of Professor Struchkov, his friends and former colleagues established the Struchkov Prize in 1997. Between 1997 and 2020, the Prize was awarded annually to a young (<35 years) scientist from the Former Soviet Union (FSU) for the best research work in the field of X-ray crystallography. The winner received a diploma and a prize, which started at USD 500 in 1997. Since its inception, the Struchkov Prize Association held 24 annual competitions, awarded almost 30 top and more than 50 secondary prizes. Since 2000, the Prize was funded by former colleagues and students of Professor Struchkov, researchers who used to know him personally or were closely familiar and appreciative of his scientific achievements as well as his contributions to the organization and development of chemical crystallography in Russia. The Struchkov Prize Association, a non-profit organization registered in the USA, was also supported by corporate sponsors. Over time, the annual prize fund increased substantially, from USD 500 in 1997 to more than USD 5,000 in 2019; 100% of all donations collected during any current year were distributed among the winners of the Struchkov competition by the end of the same year. The Association was especially happy to see recent laureates among the supporters of subsequent Prizes. In order to ensure the longevity of the Prize, the Association asked the IUCr to administer the Prize.

After 2020, the Prize will be bestowed by the IUCr every triennium at the IUCr Congress and General Assembly beginning in Melbourne in 2023, with up to three winners being awarded Prizes at each Congress. The Association has endowed a Prize Fund. Any interest earned on the Fund, along with any donations received during the triennium, will be split equally between the winners. The principal of the Fund can never be used to supplement the Prize. The IUCr will select a committee that will consider nominations and determine the winners.

To support the IUCr by contributing to the funding of the Struchkov Prize, please donate using the button below.

The Struchkov Prize will be awarded to up to three young scientists (under 35 years of age at the time of the submission deadline) for outstanding achievements in small-molecule X-ray diffraction methods application in the fields of chemistry, crystal chemistry or material science.

Applicants for the 2023 competition may be nominated or self-nominate. The following information should be submitted:

2. Summary of the work up to three pages in length (Times New Roman, 12 points, spacing 1.5). The summary should emphasize scientific impact and personal contribution of the applicant.

3. A list of the applicant’s publications on the topic of the presented research.

4. Full texts of all publications listed in item 3 in the form of PDF files.

5. One or two supporting letters (no more than two). Each letter may not exceed two pages in length.

By submitting an application, the applicants agree to provide the submitted content to the organizing committee and members of the jury. Applications should be submitted to the IUCr Chief Executive Officer at ceo@iucr.org by 30 September 2022.