A random image from this collection 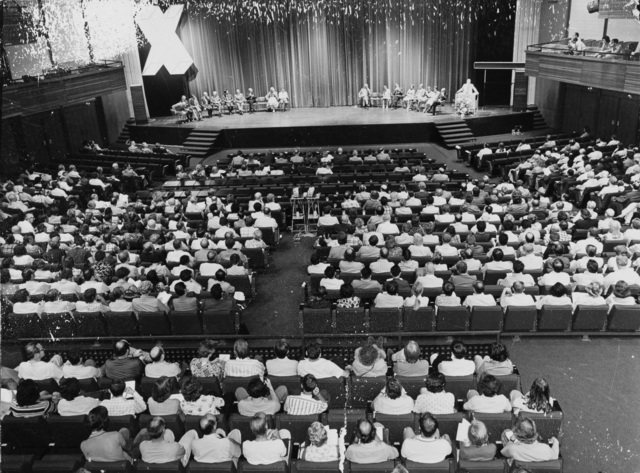 The Tenth General Assembly and International Congress of Crystallography were held at the International Congress Centre RAI, Amsterdam, The Netherlands. The opening ceremony on the afternoon of 7 August commenced with a speech of welcome by the Chairman of the Organizing Committee and the Netherlands National Committee for Crystallography, Professor D. Feil. Professor G. D. Rieck then introduced the President of the Koninklijke Nederlandsche Academie voor Wetenschappen, Professor H. B. G. Casimir, who opened the General Assembly and Congress, and Professor Dorothy Hodgkin, President of the IUCr, who replied on behalf of the Union. After a musical interlude by the Amsterdam Police Brass Band, Professor Caroline H. MacGillavry presented the Congress Discourse, entitled Order and Beauty. There then followed a film entitled Sky over Holland, and a get-together party before the General Assembly commenced its business.

Tenth Congress and General Assembly of the International Union of Crystallography

Select an individual year from the buttons below.