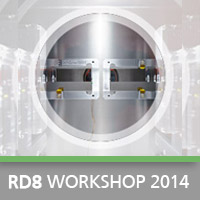 Radiation damage induced by X-ray beams during macromolecular diffraction experiments remains an issue of concern in structural biology. While advances in our understanding of this phenomenon, driven in part by a series of workshops in this area, undoubtedly have been and are still being made, there are still questions to be answered.

Interest in radiation damage to macromolecules during structural experiments has not abated over the last few years, since there remains a need to understand both the parameters that affect radiation damage progression (the ‘kill’) and also the artifacts produced by it. Although there is now a growing body of literature pertaining to this topic (see for example the special issues of the Journal of Synchrotron Radiation arising from papers presented at the 2nd to 7th International Workshops on Radiation Damage to Biological Crystalline Samples, published in 2002, 2005, 2007, 2009, 2011 and 2013, respectively), clear foolproof methods for experimenters to routinely minimize damage have yet to emerge. Additionally, radiation damage is also a concern and limiting problem in other methods used in structural biology such as electron microscopy, SAXS and scanning X-ray diffraction. However, the recently available free electron lasers (FELs) have presented the possibility and promise that samples will give ‘diffraction before destruction’: is this indeed the ‘cure’ for the challenges of radiation damage?

For the majority of macromolecular crystallographers, using a FEL is not yet a realistic expectation. For them, radiation damage to their samples is likely to become an increasingly observed phenomenon, since much smaller X-ray beams with very high flux densities are becoming available due to upgrades in both electron storage rings and the synchrotrons that feed them. These fourth-generation synchrotrons are engendering even more interest in research into radiation damage and its deleterious effects.

It is clear from a special issue devoted to radiation damage [Garman, E. F. and Weik, M. (2015). J. Synchrotron Rad. 22] that there remains much scope for further studies to inform both experimental practice and the interpretation of the resulting structures so that radiation damage can become a widely recognised and understood facet of structural biology. These experiments on macromolecular crystals will certainly involve more ‘kill’ and, it is to be hoped, some ‘cure’ too.