John Stewart Rutherford passed away in September 2009 at the age of 70 years in the aftermath of a stroke from which he had suffered in May. Remembering John for his achievements in teaching and research falls short of characterizing the entirety of his contributions to the scientific community which is equally inde 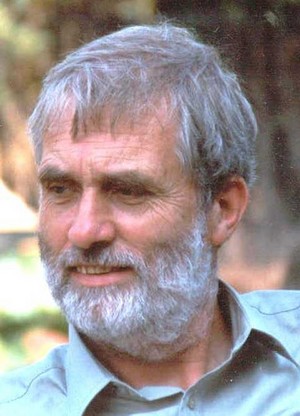 bted to him for the energy and effort he spent in helping institutions of higher learning in emerging countries to uplift their teaching and research programs.

After graduation from Glasgow University in 1959 and an interlude at an ordnance establishment in Scotland John joined the group of the late Crispin Calvo at McMaster University in Hamilton, Ontario, where in 1967 he received his PhD with a thesis on the crystal structure of selenourea. John then went on to the Department of Crystallography at the University of Pittsburgh to study the structure of anti-cancer drugs. Back in Great Britain he investigated the crystal structure of phosphorous-nitrogen ring compounds at the University of Essex, after which he returned to McMaster for low-temperature diffraction studies. This was followed by a two years' engagement at the Northern Electric Company in Bramalea, Ontario, after which John joined the University of Regina, Saskatchewan, where he investigated the crystal structures of disulfonates. Back in his beloved Scotland John applied his teaching skills at a high school in Linwood until 1979. This year marks a break in John's career, because from now on we see him in Africa and the Arabian Peninsula until the end of his active engagement in 2003. The first station is the University of Swaziland (1980-1982), followed by the University of the Transkei (1983-1984), the Sultan Qabos University in Oman (1995-1996), and finally the National University of Science and Technology in Bulawayo, Zimbabwe (1998-2003), where he stayed until retirement. All these institutions are indebted to John for his assistance in their quest towards academic excellence. John created or revised curricula, taught chemistry courses, participated actively in the administration, acting as head of the Department of Chemistry and assuming other functions which are too numerous to be listed here.

After retirement in 2003 he moved back to his native Scotland, where the newly gained freedom from administrative duties enabled him to resume and further develop his reseach on theoretical crystallography, from 2005-2008 as member of the IUCr Commission on Mathematical and Theoretical Crystallography which he had joined since its foundation as an informal international work group in 2002. He continued his investigations on the application of number theory - one of the most fundamental areas of mathematics - to problems involving crystal lattices. The cover of Acta Crystallographica A62 (2), a special issue on mathematical and theoretical crystallography, is taken from his article Some algebraic properties of crystallographic sublattices. In later years he became increasingly interested in the applications of graph theory to problems of crystal chemistry. Here John made substantial contributions to a monograph on Graph Theory in Crystallography and Crystal Chemistry. His passing prevented him from finishing this important task, which will nevertheless be brought to completion and will represent a most fitting homage to his memory.

John is survived by his wife Sasha and two daughters by a previous marriage.