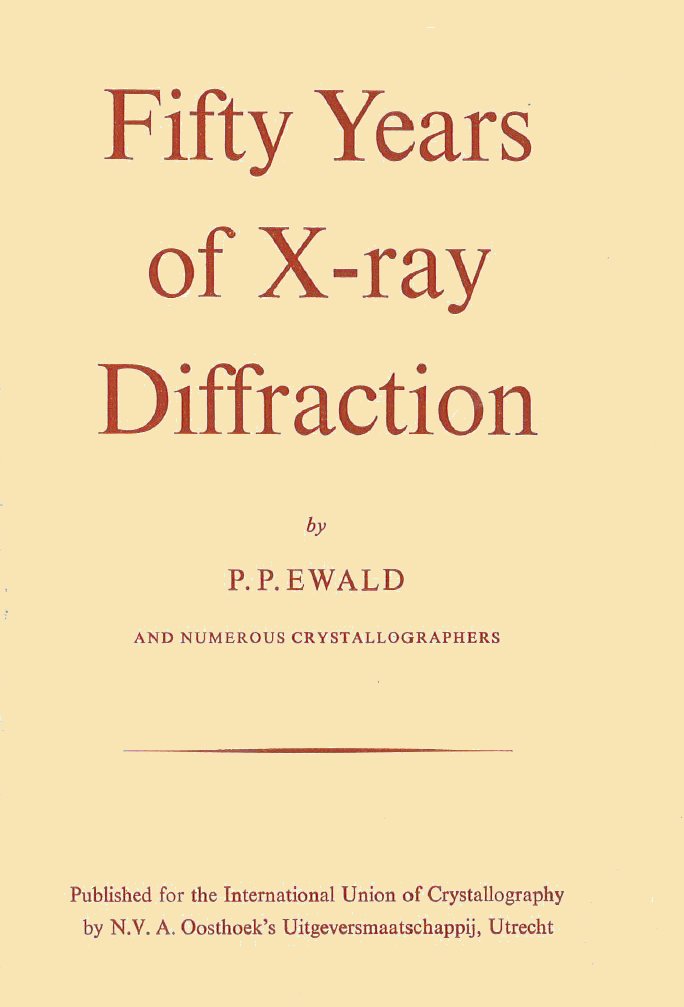 The full text of this compendious volume, edited by P. P. Ewald and dedicated to the International Union of Crystallography on the occasion of the commemoration meeting in Munich, July 1962, is now available on the IUCr web site. With contributions from many of the founding fathers of the the field, it remains after half a century a valuable and intriguing treasure-house of information and history.

From Zurich, after the war, I visited von Laue who had not taken root in Frankfurt and had returned to Berlin. He opened the door in person, a revolver in one hand and a dagger in the other. (J. C. M. Brentano)

In the summer of 1914, just before the outbreak of war, I had joined Sir Ernest Shackleton's expedition to the Antarctic as physicist, and sailed in the Endurance. The ship was ultimately crushed in the ice and sank, and the party were fortunate to reach land in small boats (R. W James)

the charwoman ... had an extreme and quite unnecessary interest in laboratory cleanliness ... she tried to clean the X-ray apparatus while it was going. The terminals always collected an enormous amount of dust and she could not resist it but, she said 'It jumped out at me, like.' She was lucky, I suppose, to have survived! (J. D. Bernal)

Whether the reason be the humane and friendly example set by the elders, the similarity of age and interests, or the immense field of exploration open to everyone - the fact is that the crystallographers soon became a very friendly crowd, from laboratory to laboratory and from country to country. (P. P. Ewald)