Country members of the Regional Associate are shown in purple. Hover over a country to show its name and category of IUCr membership. Click for details of IUCr membership and other information about crystallographic activities. 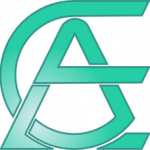 Crystallographic Organizations from countries within the ECA geographic area can affiliate as ECA National Members. Individual and Corporatemembership is also welcome.

This activity of the ECA includes:

The information on this tab is maintained by the IUCr Executive Secretariat. Please report any errors to execsec@iucr.org.

The European Crystallographic Association (ECA) is a scientific association having as objectives the advancement of crystallography in all its aspects and to promote cooperation in crystallography between the countries of Europe, Africa and the Middle East.

The Statutes and By-Laws are available on the ECA website.

Crystallographic Organizations from countries within the ECA geographic area can affiliate as ECA National Members. Individual and Corporate membership is also welcome.

The Executive Committee is in charge of administering Association, carrying out the decisions of the Council and giving effect to the general policy of the Association as determined by the Council.

The work of the Association is directed by the Council which is composed of delegates appointed by the National Members and elected representatives of Affiliate and Individual Members. The International Union of Crystallography may send a non-voting delegate (Observer) to meetings of the Council.

The following countries are National Members of the European Crystallographic Association.