Basic and applied crystallography, alive and well down under 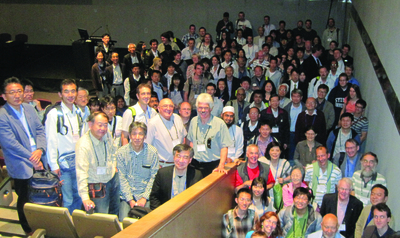 The reports at the 2012 joint meeting of the Asian Crystallographic Association (AsCA) and Society of Crystallographers in Australia and New Zealand (SCANZ) provided structural data on the hottest and fastest moving areas of biological and materials science as well as technical advances that promise to keep crystallographic research at the cutting edge of science for years to come. Throughout the meeting three simultaneous sessions were held on broad topics that could be characterized as macromolecular, materials and technology. In each of these areas there were topics that had emerged in the last ten years to dominate much of the field: nanoscale, self assembly, in situ, high throughput, and dynamics. The opening ceremony featured a presentation on SAD Analysis of Macromolecular Structure by Wayne Hendrickson.

The first day of the meeting began with a plenary lecture by Henry Chapman (CFEL DESY) on protein nano-crystallography using X-ray laser pulses. The technique involves a remarkable new way to prepare and deliver samples, and to gather, record and analyze data. The development of this powerful new technique has required the creativity, ingenuity and cooperation of dozens of talented scientists. The electron laser has a million times more photons in a single burst than traditional radiation and the new technique makes it possible to reap the benefits of the increased power before the radiation destroys the sample. This was followed by parallel sessions on biological structures, metallo-organics and diffraction physics. 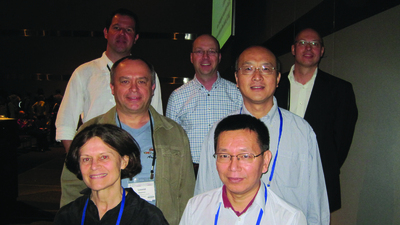 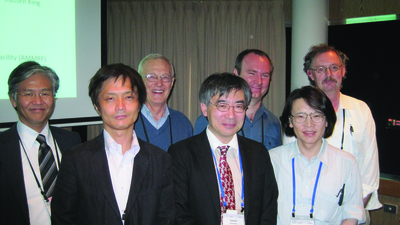 Speakers in session MS3, Diffraction physics and applications of crystallography. 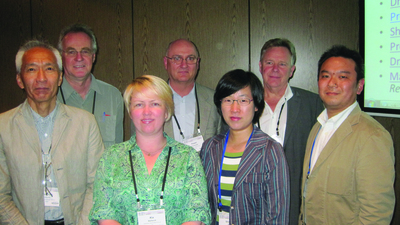 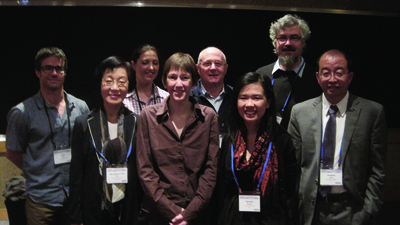 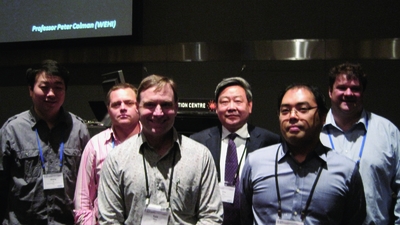 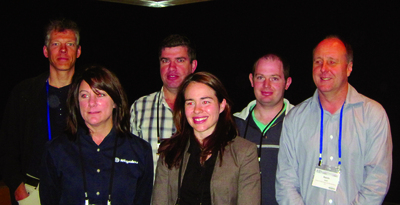 The meeting closed with talks by the new editor in chief of Acta Cryst., S. Hasnain, on a new era of crystallographic-based science, and a final plenary by X.-M. Chen (Sun Yat Sen U.) on metal azolate frameworks for crystal engineering of functional materials.