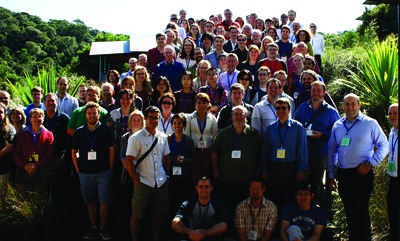 The 29th meeting of the Society of Crystallographers in Australia and New Zealand (SCANZ) was held at the Lost World Conference Centre, O'Reilly's Rainforest Retreat, Lamington National Park in Queensland from April 22-25, 2014. Over 100 delegates attended, including ten exhibitors and sponsors. Anyone invited to speak at any of the last three meetings was not eligible for an invitation at this meeting.