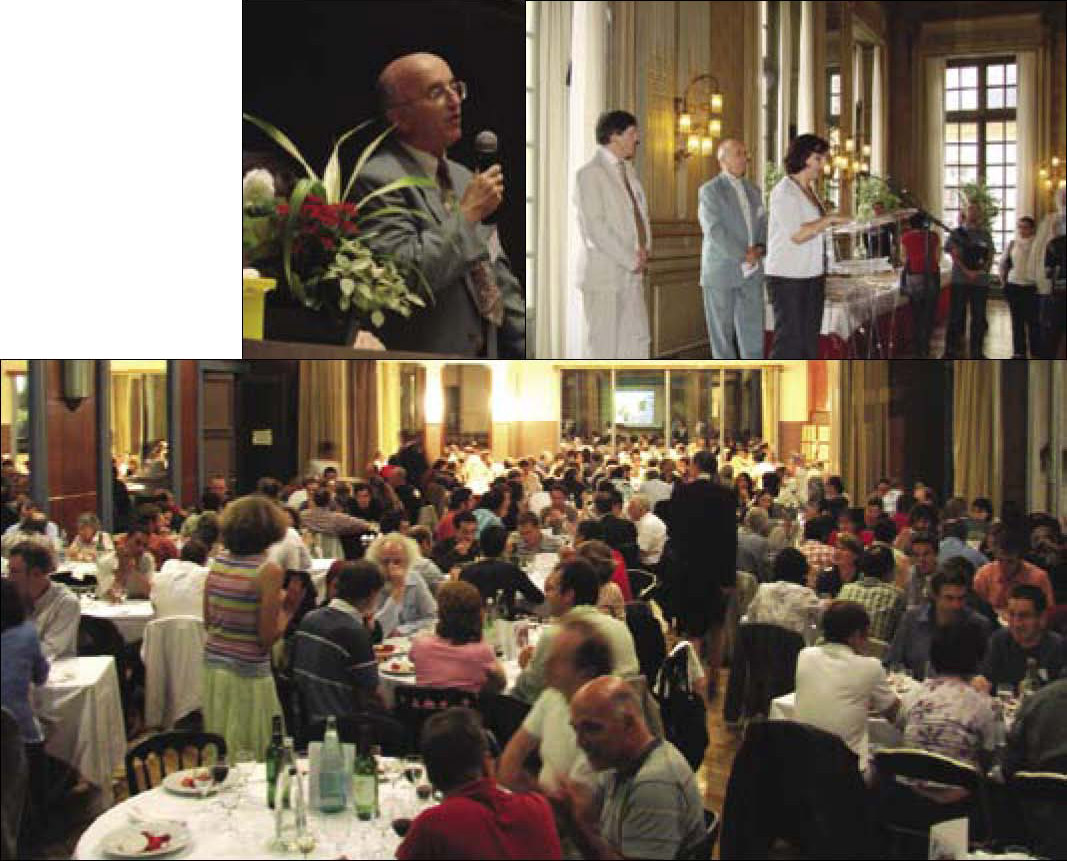 Clockwise from top left: Welcome speech by Jean-Claude Daran; the town hall reception; the conference dinner.
The meeting was held at the U. of Rennes, a 2000-year old city with a rich architectural heritage and charming mediaeval streets. The conference was organized in three plenary sessions and two parallel sessions of five mini symposia. Topics included Modeling of Aperiodic Crystal Structures, the Formation of Limestone by Invertebrates, Technological Revolutions (Methods, sources and detection), Time-resolved Structures and Structures and disorders. The mini symposia covered Imagery and Nanometric Diffraction, Signalisation and Cellular Regulation, Crystallochemistry, Infections, Compounds of Pharmacology Interest, Proteins and Membranes, Coupled Characterization, Compounds of Biomedical Interest, Surface and interface and Structural Biology under Extreme Conditions. A session on the teaching of crystallography was also organized.
The 101 posters were displayed for the whole meeting in a large area close to the coffee. In total, 270 delegates from France, Algeria, Morocco and Tunisia attended the conference and 4 students and young scientists received sponsorships from the AFC (French Assn of Crystallography). The local committee organized a warm welcome reception in the town hall and a conference dinner was held in one of the most famous restaurants of Rennes. Financial support provided by exhibitors was greatly appreciated. The next meeting will be held either in Strasbourg or Lyon in the summer of 2010.
Jean-Claude Daran, AFC President