The 2010 Annual Meeting and General Assembly of CrSJ featured 231 oral and poster presentations covering all aspects of crystallography, an industrial exhibition and a special event marking the 60th anniversary of the CrSJ. Over 360 crystallographers attended. 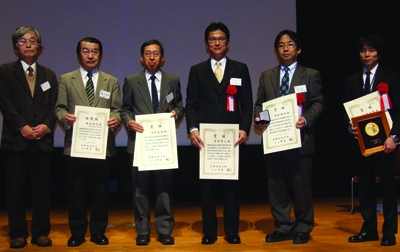 The 60th anniversary session included two plenary lectures and a symposium. The first plenary lecture was given by T. Tsukihara (Hyogo U.) with a title of 'Structure and Function of Macromolecular Super Complexes'. The second plenary lecture was given by A. Yonath (Weizmann Inst.) with a title of 'The amazing ribosome, its tiny enemies and hints about its origin'. Prof. Yonath ended her talk with a message encouraging all young (especially woman) scientists. These two plenary lectures were open to the general public. In the symposium, leading scientists in four fields presented lectures on 'Structural change and chemical reaction by time-resolved X-ray analysis' (M. Kawano, POSTECH), 'Studies of lithium ion batteries with pulsed neutron diffraction' (T. Kouyama, KEK), 'Local structure analysis using convergent-beam electron diffraction' (T. Tsuda, Tohoku U.) and 'Atomic structure of a bacterial multi-drug efflux transporter' (S. Murakami, Tokyo Inst. Tech.). 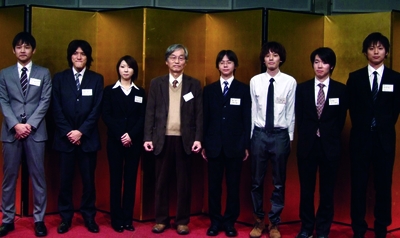 A full program of the meeting can be viewed at the CrSJ website http://crsj2010.bio.sci.osaka-u.ac.jp/index.html. The Local Chair was K. Fukuyama (Osaka U.) and the Program Chair A. Nakagawa (Osaka U.).