Commission on Crystallography in Art and Cultural Heritage

The Commission played a very active role at the 2017 IUCr Congress in Hyderabad, with participation in several Microsymposia in both the Main and Special Activities parts of the programme. The importance and general interest of the subject were recognised in the Plenary Lecture, Crystallography in Art and Cultural Heritage, given by Giacomo Chiari, and a Keynote Lecture, Indian geometric patterns, compared to Persian and Moroccan styles, by Jean Marc Castera.

Thanks to the initiative of the CrysAC Commission the programme of the 24th Congress and General Assembly of the International Union of Crystallography in Hyderabad also contained four microsymposia:

The CrysAC Commission in co-operation with Professor Bernardo Cesare (UNIPD) was also involved in the preparation of an exhibition Beauty hidden in Rocks, which accompanied the Congress. 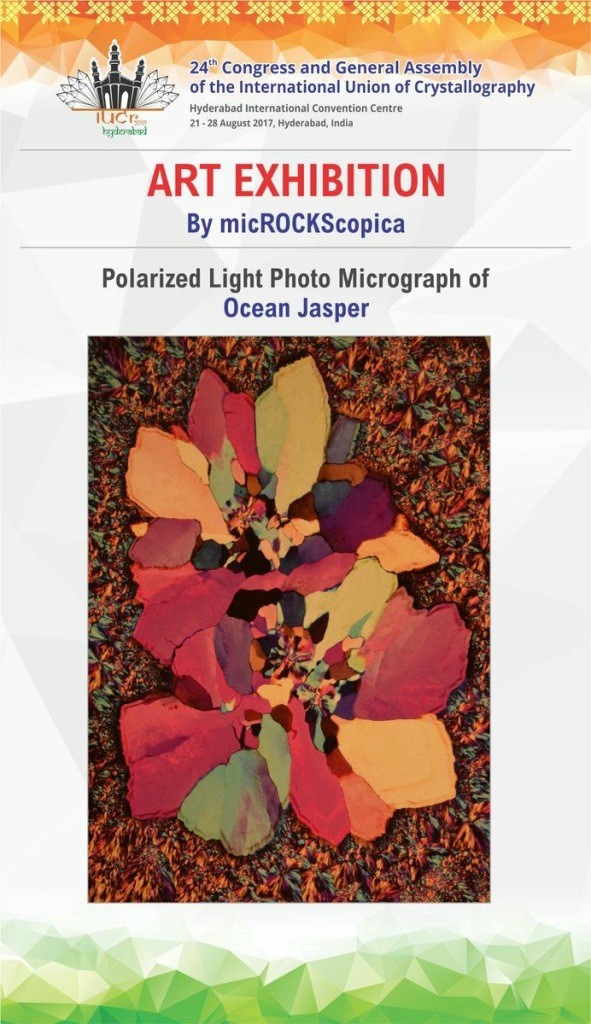 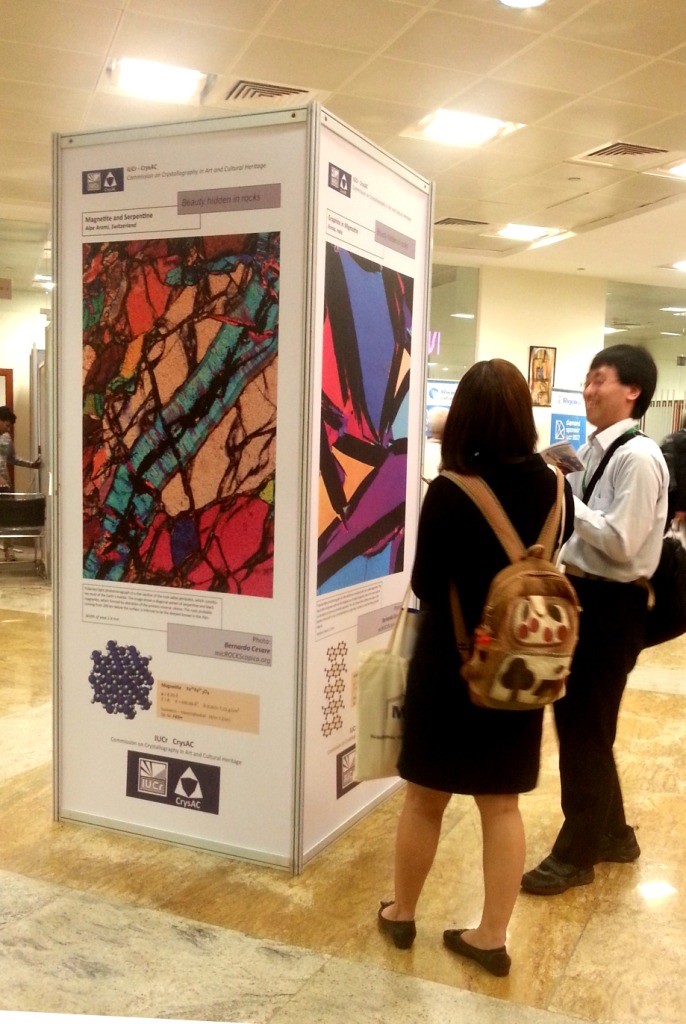 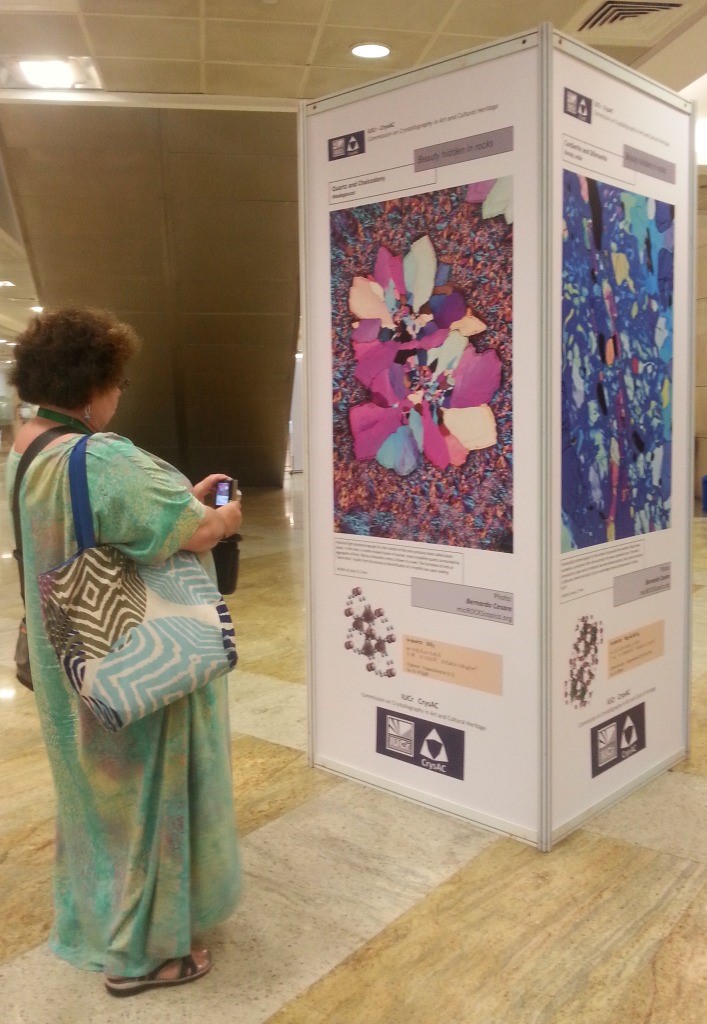 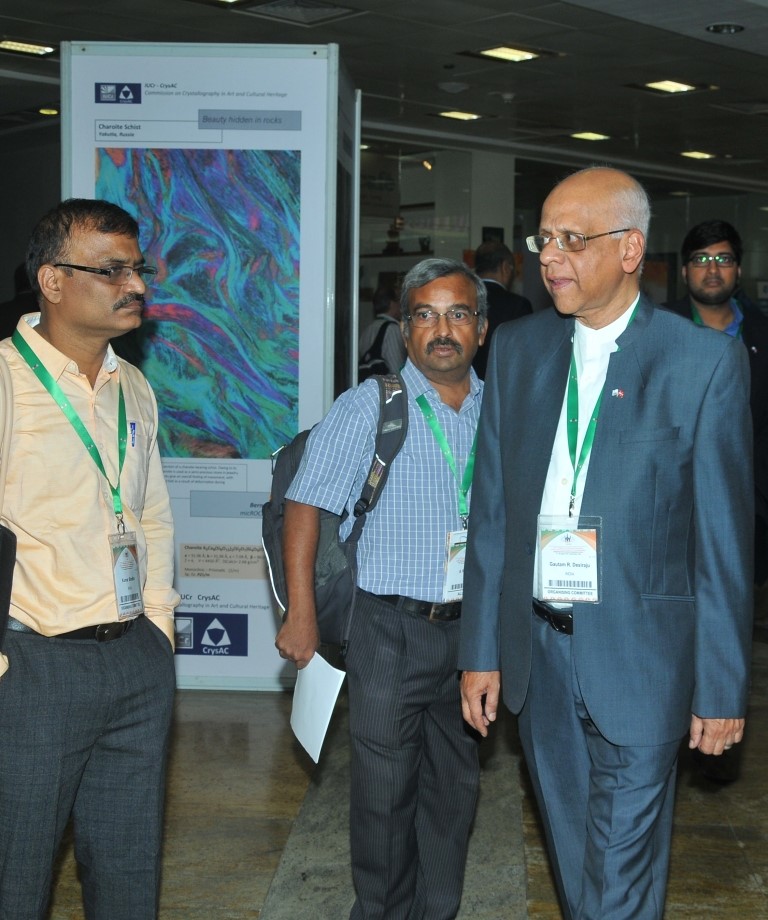 The IUCr also prepared some beautiful postcards, which were distributed during the Congress, representing in small format the exhibited macrophotographs. 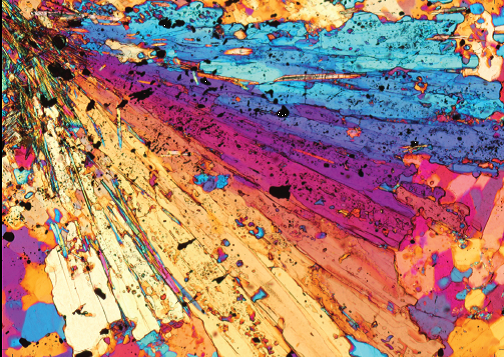 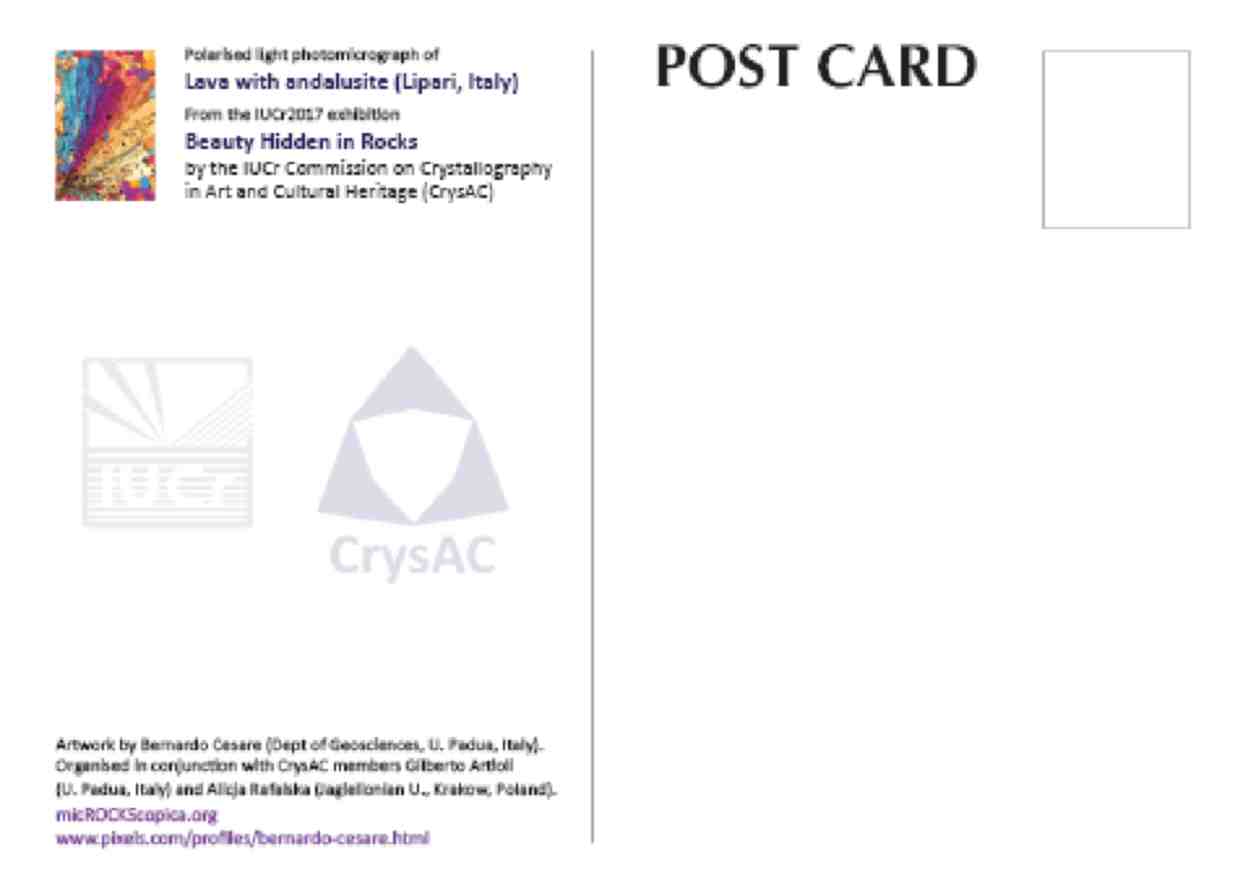 Old and new members and consultants of the Commission met during the Congress to discuss future activities. 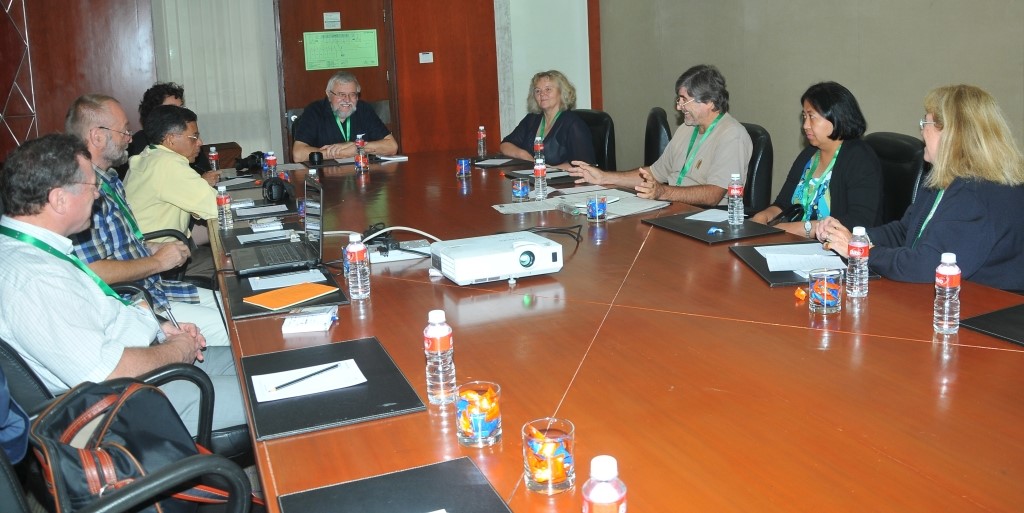 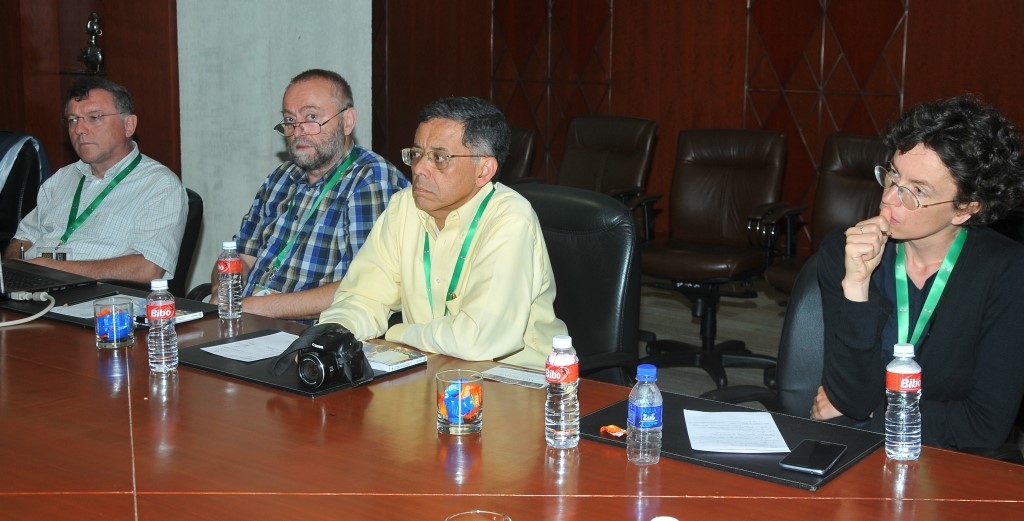 On May 31, the CrysAC Commission organized the second CrysAC workshop entitled Applied crystallography in the study of pigment degradation, which was held in Brno, Czech Republic. The programme of the workshop is available at: https://www.alma-lab.cz/eng/conference-programme--invited-speakers 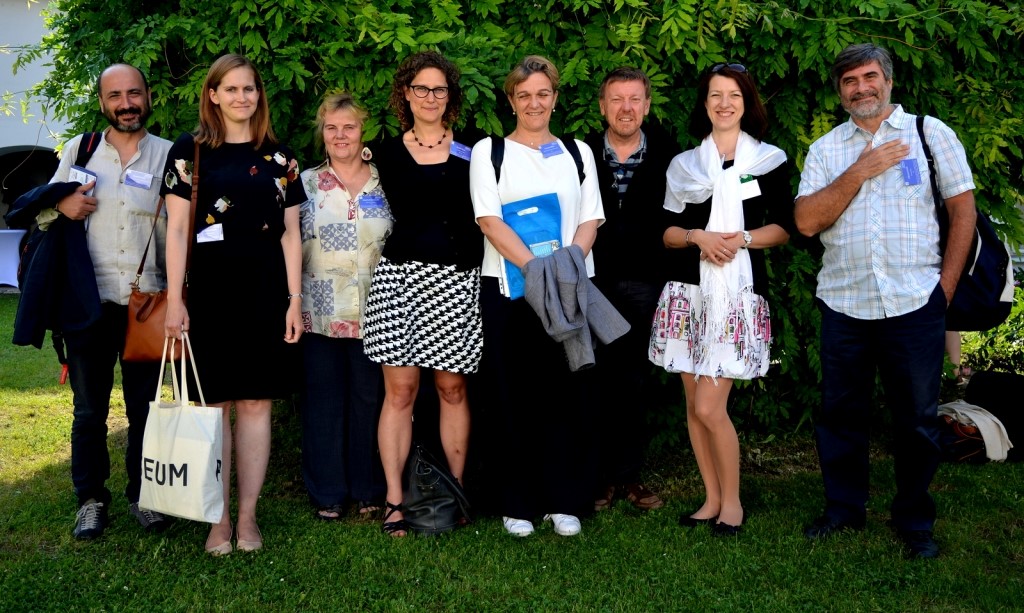 The Commission was also a co-organizer of the 6th Interdisciplinary ALMA Conference in Brno, Czech Republic, 1-3 May. More at:https://www.alma-lab.cz/eng/alma-conference-2017 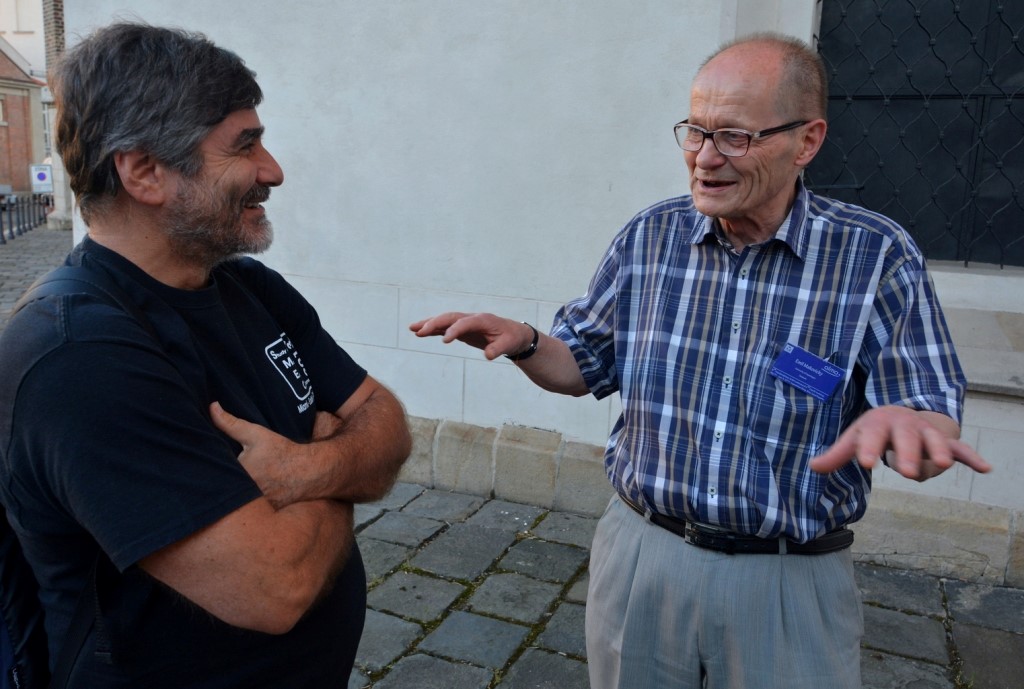 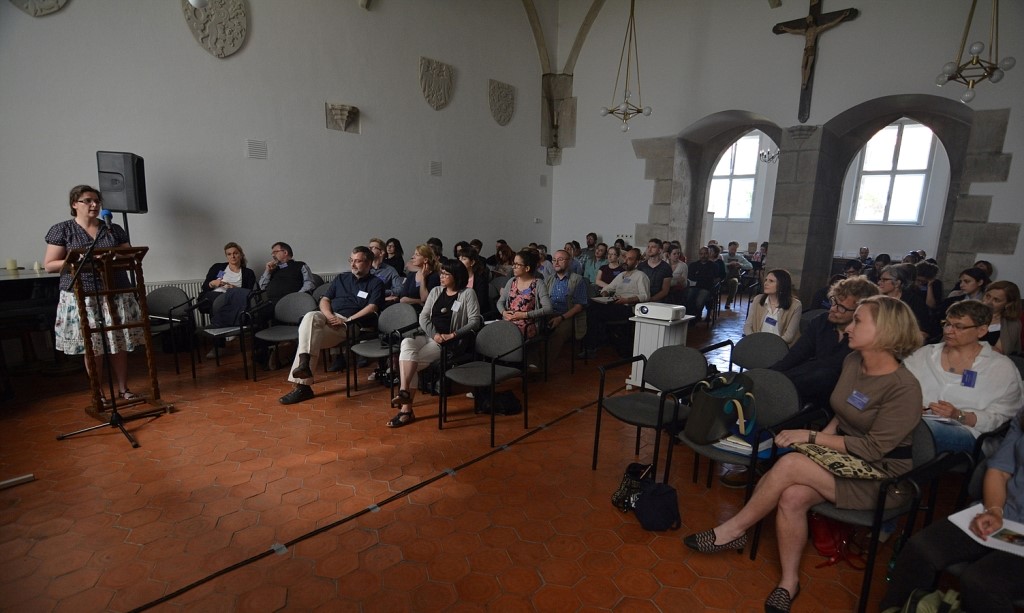 Emil Makovicky gave a 45 minute lecture, Introduction to symmetry in art (with nice examples), during the 6th interdisciplinary ALMA Conference and 2nd CrysAC Workshop in Brno, Czech Republic, 31 May - 3 June 2017.

Gilberto Artioli and Alicja Rafalska-Lasocha, as the members of the International Programme Committee (IPC) of this Congress, were involved in the organization of plenary and keynote lectures as well as a number of microsymposia connected with the investigations of the objects of cultural heritage. They took part in the meeting of the International Programme Committee in Hyderabad in spring 2016. 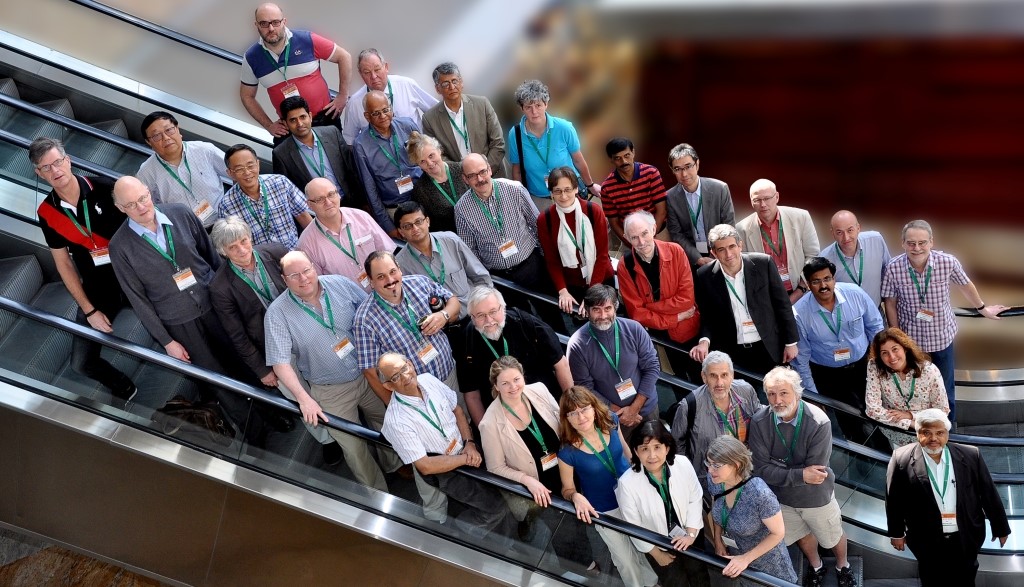 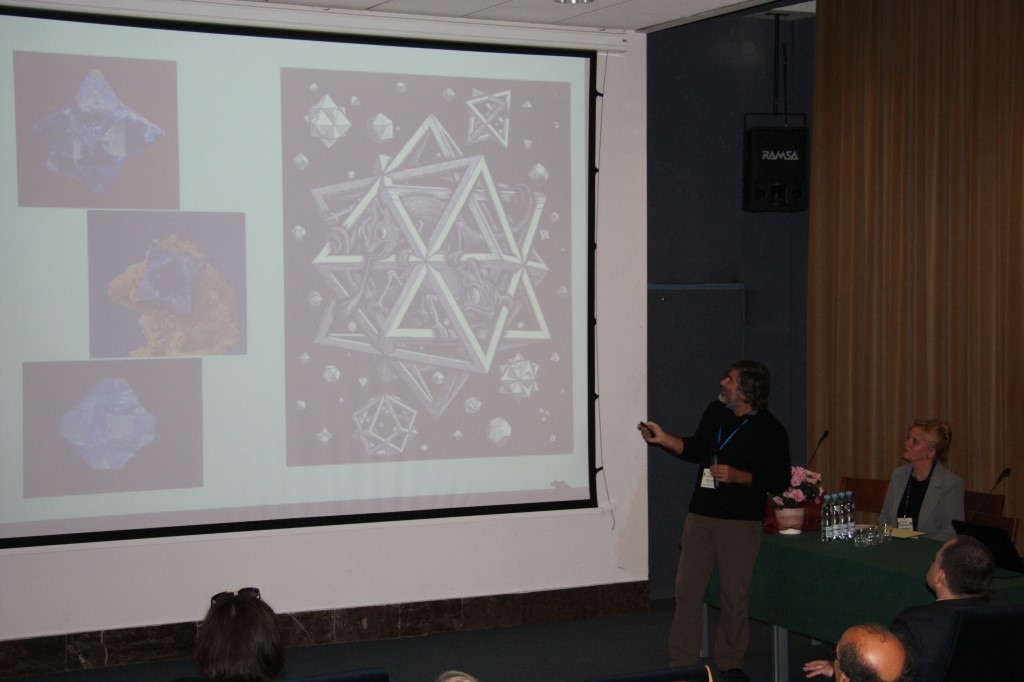 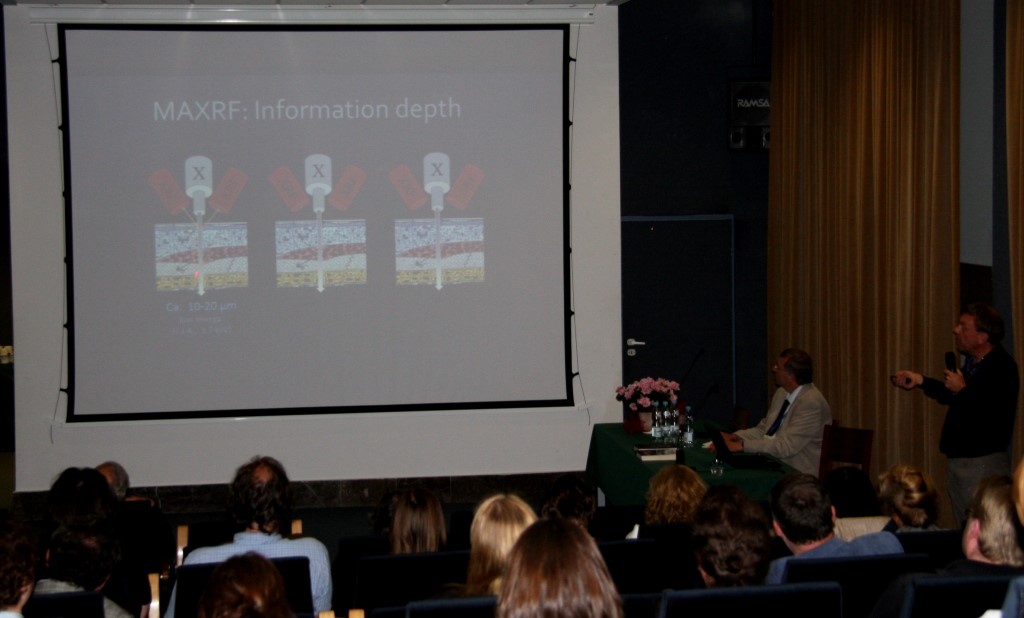 The CrysAC Commission was also a co-organiser of the scientific international conference 6th Meeting on X-ray and other techniques in investigations of the objects of cultural heritage which was held in Krakow (Poland), 19-21 May 2016 (A. Rafalska-Lasocha, G. Artioli and P. Bezdička). More at: http://www.biurokarier.chemia.uj.edu.pl/conf/x-ray16 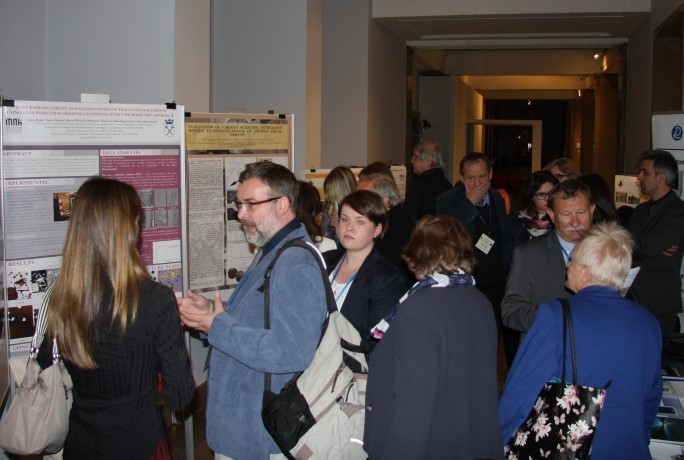 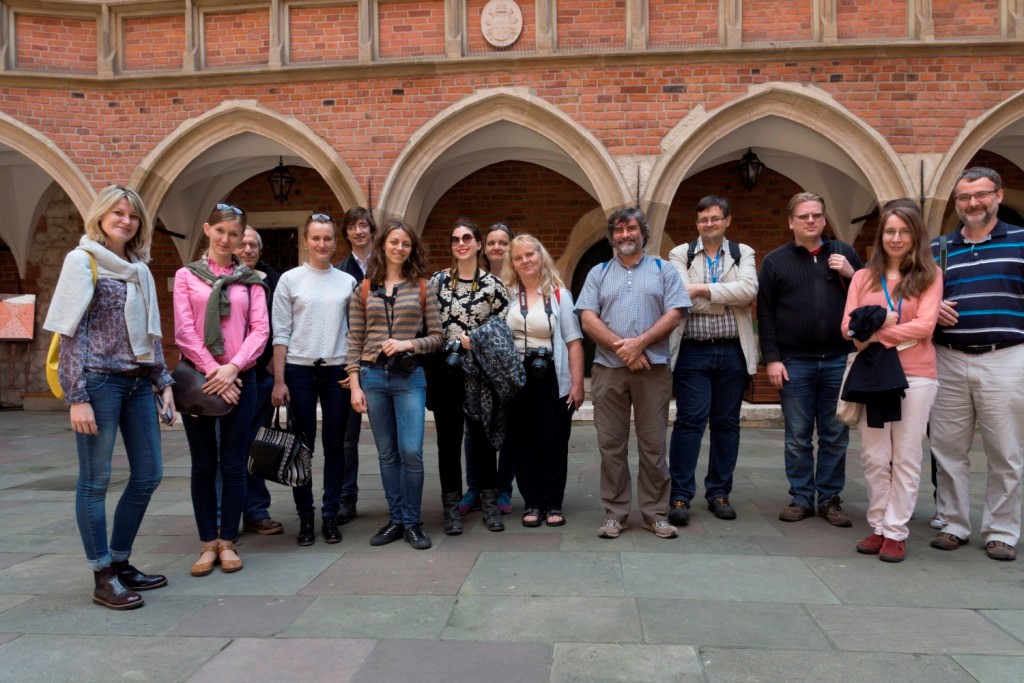 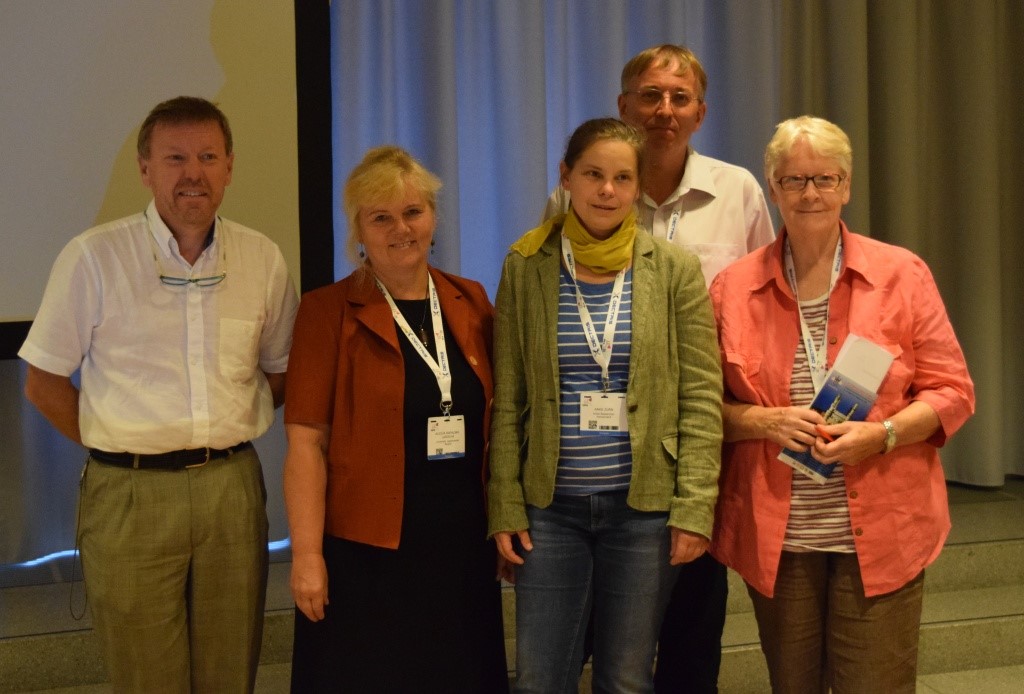 * Owing to the absence of Prof. Emani, Alicja Rafalska-Lasocha gave a talk Commission on Crystallography in Art and Cultural Heritage.·

In 2016 the members and consultants of CryAC published the following results of their work in the area of cultural heritage:

A new CrysAC website was prepared. Now it is available at: https://www.iucr.org/resources/commissions/crysac

The Commission continued to pursue the mission of spreading crystallographic knowledge related to artworks and ancient materials. During the first half of 2015 some IYCr2014 actions were continued through the effort of Commission members:

1. Powder diffraction in art and archaeology, International Tables, volume H, , (will be released in 2016), - Gilberto Artioli

The International Year of Crystallography 2014

The year 2014 marked the centennial of the birth of X-ray crystallography, thanks to the work of W. H. and W. L. Bragg, and M. von Laue who was awarded the 1914 Nobel Prize in Physics for his discovery of the diffraction of X-rays by crystals.

In the International Year of Crystallography the following actions were completed through the effort of the Commission members:

3. Organization of the scientific session Role of Crystallography in Science, Art and Everyday Life in cooperation with the Faculty of Chemistry, Jagiellonian University in Krakow, Poland, 14 May 2014 (A. Rafalska-Lasocha).

1. The Commission, in cooperation with the Faculty of Chemistry of Jagiellonian University, organized a contest entitled The Role of Crystals in Human Life for secondary-school, high-school and University students in Poland (Alicja Rafalska-Lasocha). More about the contest and most of the contributions (in Polish) can be found at http://www2.chemia.uj.edu.pl/konkurs_krysztaly/ . A photo gallery is available at http://www2.chemia.uj.edu.pl/konkurs_krysztaly/?page_id=525 .

Participants in the contest were asked to prepare a poster, a presentation or a video clip. Prepared contributions were sent to the organizers by e-mail. The deadline was 28 February 2014. We received 99 contributions: (61 from secondary-school students, 33 from high-school students, and 5 from University students). The judging was carried out in two stages: online voting and after that experts' evaluation. In online voting, 8819 votes were received.

The web site http://www.crystaledges.org was inaugurated in Fall 2013, and demonstrates connections between crystallography and, in particular, symmetry aspects and the arts as manifested in the Gothic Windows of the Medieval Cathedrals of Europe.

There was collaboration with Painton Cowen to extend and expand his web site (http://www.therosewindow.com), which contained over 500 Gothic Roses windows, to a larger number (over 1500 currently) and to include a rigorous description of the symmetry elements (and plane symmetry groups) contained in them. Jean-Marc Castera and his interactive poster on islamic tilings at the Darmstadt meeting. Chiesa di S. Carlo, Erice
Built between 1612-1617, and partially reconstructed in the middle of the 18th century.

Directors of the course:

Director of the School: X-ray techniques in investigations of the objects of cultural heritage.
Around Rembrandt and his workshop

THE ENCHANTING CRYSTALLOGRAPHY OF MOROCCAN ORNAMENTS

ECM-24 Satellite Conference on Mathematical and Theoretical Crystallography
The CrysAC commision was still not in existence, but most of the members participated the wonderful satellite workshop organized by the MathCryst Commission.

These pages are maintained by the Commission Last updated: 05 Jan 2017
Quick links