Traditionally the IUCr has had a strong presence at CODATA meetings (see previous reports on the IUCr web site), and it was a particular pleasure to see the main international CODATA conference SciDataCon (now part of the International Data Week) return to Africa for the first time since 2010. The meeting took place in Gaborone, Botswana;International Data Week 2018 ran from 5th to 8th November, and was followed by the CODATA General Assembly (9-10 November). 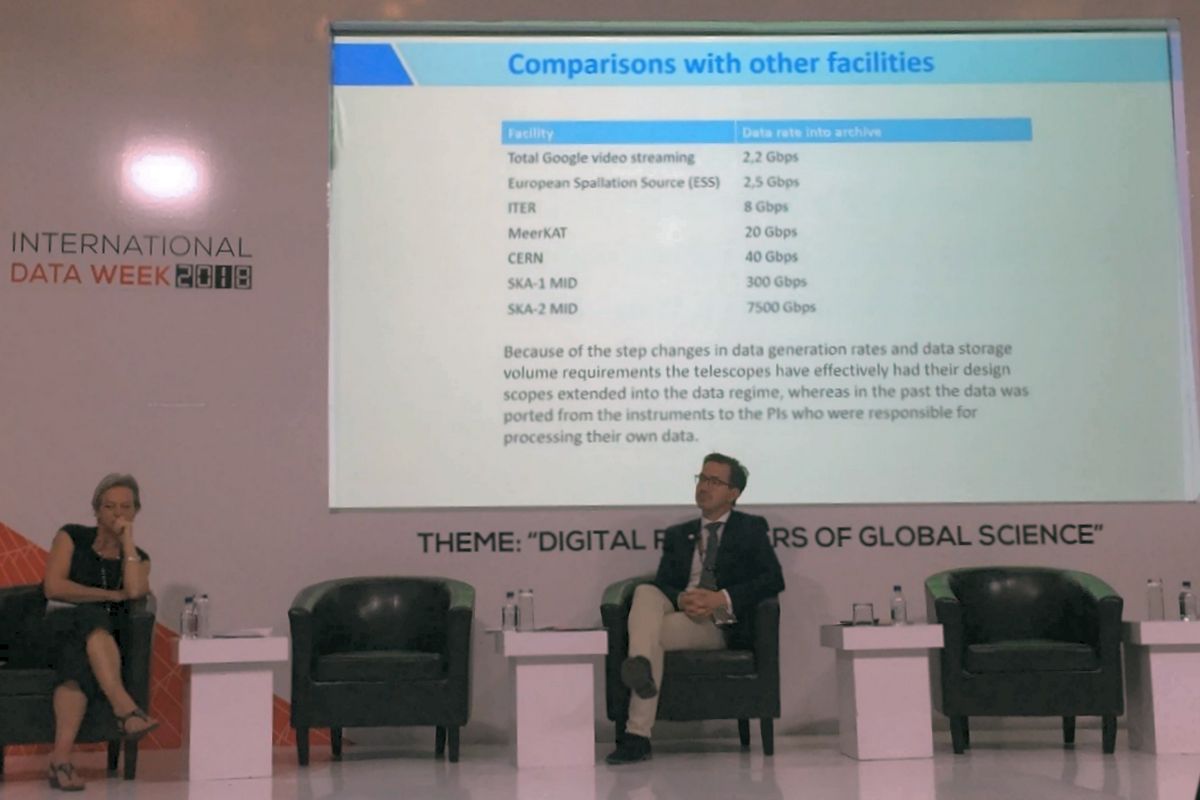 Big data in astronomy (the Square Kilometre Array). MeerKAT, SKA-1 and SKA-2 are different stages of development of the project concept, and are expected to attain measurement data rates of 20, 300 and 7500 Gbps, respectively. For comparison, CERN currently generates 40 Gbps of data, while the total video streaming output from Google is 2.2 Gbps.

The meeting theme of IDW2018 (http://www.internationaldataweek.org/programme-overview) was The Digital Frontiers of Global Science. It attracted 820 participants from 66 countries with 60% of the attendees being from Africa. 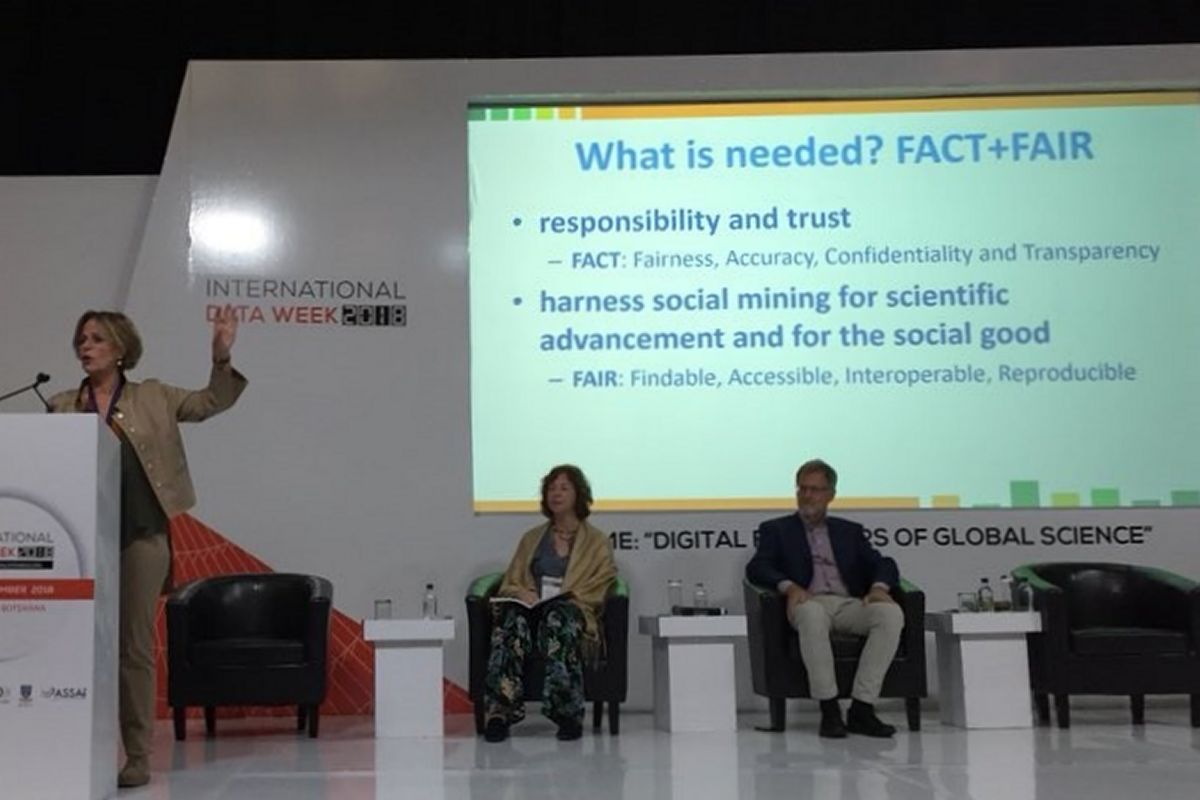 Keynote address by Fosca Giannotti, Director of Research at the Information Science and Technology Institute "A. Faedo" of the National Research Council, Pisa, Italy.

Through IDW2018 there were two plenary sessions. This commenced with the Opening Event, attended by the President of Botswana. The Plenary themes were: Science and Data in Africa; Data and Health; Science Policy and the Future of Science; Pan African Infrastructure; CODATA and WDS (World Data System) Initiatives; Data Science; Data and Scholarly Communications.

Within these, of direct interest to crystallographers was the citing of the CODATA-ICSTI Data Citation Standards and Practices Report, which was very warmly commended in the sessions and in which IUCr had been a participant (Brian McMahon, IUCr Chester). It was well received by the scientific communities and was testimony that scientific data can be properly cited and that recognition of quality scientific data can thereby be gained. Of general interest I highlight the presentation on the radio astronomy Square Kilometre Array, the largest data generating scientific project, which was very interesting and provided a comparison of measured data rates with some other ‘big science’ projects.

The merger of the International Council of Scientific Unions and the International Council for the Social Sciences into the International Council for Science made its presence felt in the IDW2018 programme. Of especial note I felt was the Keynote Lecture of Professor Dr Fosca Gianotti (Italy) in which she stressed the need for data to be both “FACT and FAIR”. The Public would expect no less, i.e. reproducibility, not irreproducibility, of her studies, she said. She is the coordinator of SoBigData, the European research infrastructure on Big Data Analytics and Social Mining, an ecosystem of ten cutting edge European research centres providing an open platform for interdisciplinary data science and data-driven innovation (http://www.sobigdata.eu).

At the General Assembly there were miscellaneous topics of specific interest to IUCr. I highlight three items.