The eagerly anticipated Nobel Prize honoring the determination of the crystal structure of the ribosome was announced October 7, 2009. To the delight of the entire crystallographic community three bonafide X-ray crystallographers, Venkatraman Ramakrishnan, (MRC United Kingdom), Tom Steitz, (Yale U., USA) and Ada Yonath, (Weizmann Inst., Israel) shared the prize equally and all acknowledged the valuable contribution that their students, post docs, collaborators, and colleagues had made to this incredible significant achievement. Perhaps more than any prior award, this prize illustrates that the Nobel rule that a prize can be shared by no more than three individuals is inappropriate. The most important and significant advances in science usually require large teams of highly skilled and knowledgeable scientists. One can rarely attribute such advances to just three people. Fortunately the three winners of the prize have been very forthright in recognizing the significant contributions of others. With remarkable candor Yonath commented 'There are several scientists who contributed as much as the three of us'. There are few who would disagree that a Nobel prize for the determination of the ribosome structure would have to include Ada whose single minded determination and ultimate success in preparing a single crystal that would diffract X-rays was the critical first step that led to the determination of the structure. Among the 'several scientists' that Yonath referred to are Harry Noller of UC Santa Cruz (diffract structure of the complete ribosome), Peter Moore, Yale (ribosome biochemist) and Joachim Frank, Columbia (electron microscopy of the ribosome). Ramakrishnan is quoted in Nature as saying 'So many people contributed and the ribosome is so important that I am justpleased to be one of the three'. More than any previous scientific accomplishments this work may contribute to our ultimate understanding of how life began. It has already contributed to a search for new antibiotics. The pictures on the cover of this issue include the ribosome protein structure, Ada Yonath with her daughter and granddaughter in the Vatican (where Ada received the Erice Science for Peace Prize on Nov. 25, 2009), Venkatraman Ramakrishnan with Bob Dutnall (who worked on histone acetylases), Brian Wimberly, William Clemons, John McCutcheon and JoannaMay (who worked on the 30S subunit structure) and Tom Steitz (photo courtesy of Michael Marsland, Yale University.) 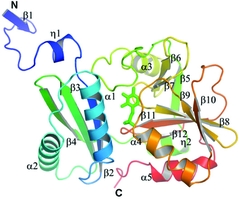 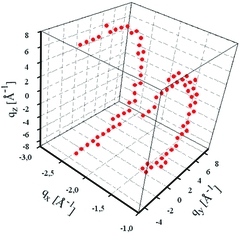 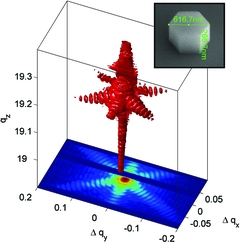