The Middle Age Knights used to heat their swords in fire and quench them in cold water; after that, the swords became much harder. This method has long been used in the steel industry. The hardening comes from a characteristic microstructure formed by quenching, which is denoted by the term martensite in honour of the German metallographer A. Martens. Initially, the term was ambiguously adopted to denote the microstructure of quenched steels, but, as the nature of this microstructure became better known, the meaning of the word has been gradually clarified and extended to other alloys. The process (a phase transformation) by which the martensite is obtained is a martensitic transformation (MT). This is a first order solid-solid phase transition with displacive nature (without atomic diffusion) consisting of a homogeneous lattice deformation leading to the new crystal structure. The interface between the parent phase (austenite) and the product phase (martensite) is constituted by an invariant plane denoted as the habit plane (in general, with irrational Miller indices). The transformation proceeds by the movement of the habit plane. Due to the displacive character, the transformation proceeds by small cooperative movements of the atoms, keeping the same chemical composition and atomic order of the parent phase. In addition to a change in the crystal symmetry, the transformation brings about a deformation (mainly a shear on the habit plane) as well as a volume change. From a crystallographic point of view, the change of crystal structure takes place by a homogeneous lattice deformation, but an additional lattice invariant shear, occurring by slip or by twinning, together with a rigid-body rotation also have to be considered in order to keep invariant the habit plane. From a given orientation of the parent phase, several variants of martensite with different orientations are possible. 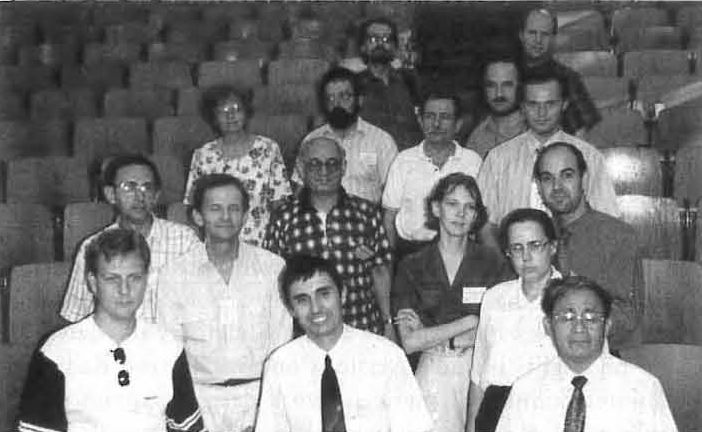 Thermoelastic martensitic transformations (TMTs) occur in Au-Cd, In-Tl, Ni-Ti, some Cu-based alloys and other systems. Due to TMTs and especially reverse transformation, alloys exhibit unusual thermomechanical behaviours and shape memory capabilities. For that reason they are referred to as shape memory alloys (SMA) If a SMA initially in the parent phase condition is cooled to the martensite phase, nothing occurs macroscopically, but if an external load is applied, the piece is deformed in an apparent plastic way (the deformed shape remains after the load is released). In fact, the deformation takes place not by the movement of dislocations, but by a reorientation of the martensite variants towards those favored by the external load. If the piece is heated up till the reverse transformation takes place, the parent phase crystal structure and shape is spontaneously restored. It seems that the material "remembers" its original shape and spontaneously adopts it when heated through the reverse transformation. This is the shape memory effect. If the piece of SMA is loaded in the parent phase condition the martensitic transformation is stress induced, which brings about a large deformation (up to 10% elongation in well oriented single crystals). If the applied stress is not so high as to produce plastic deformation of the martensite, the induced deformation is completely recovered by the reverse transformation when releasing the external load. So, the material can be largely deformed in an apparently elastic way. This property is called pseudoelasticiy. The two-way shape memory effect, in which the material changes spontaneously its shape also on cooling, can also be induced after a suitable training treatment. Many applications of the shape memory properties have been developed, especially for Ni-Ti. and the Cu-based alloys. SMA's can be used as temperature sensors, but do not offer great advantage over standard ones. SMA's have advantage as actuators (the movement and force available are used to do some action) and as connectors for pipes and wires with vibration protection. They have applications in robotics (movement of arms and fingers), medicine (orthodontics, guide wires for catheters, surgery implants) and the car, aerospace and nuclear industry.

In the ECM-18 microsymposium a wide range of topics in this field were presented, starting with a review of the phenomenological crystallographic theories for MT, pointing out their limitations. From a crystallographic point of view, the theories describing the MT are phenomenological and little knowledge exists on the exact movement of the atoms to develop the new phase. In this subject, the Crystallography community can make a fruitful contribution.