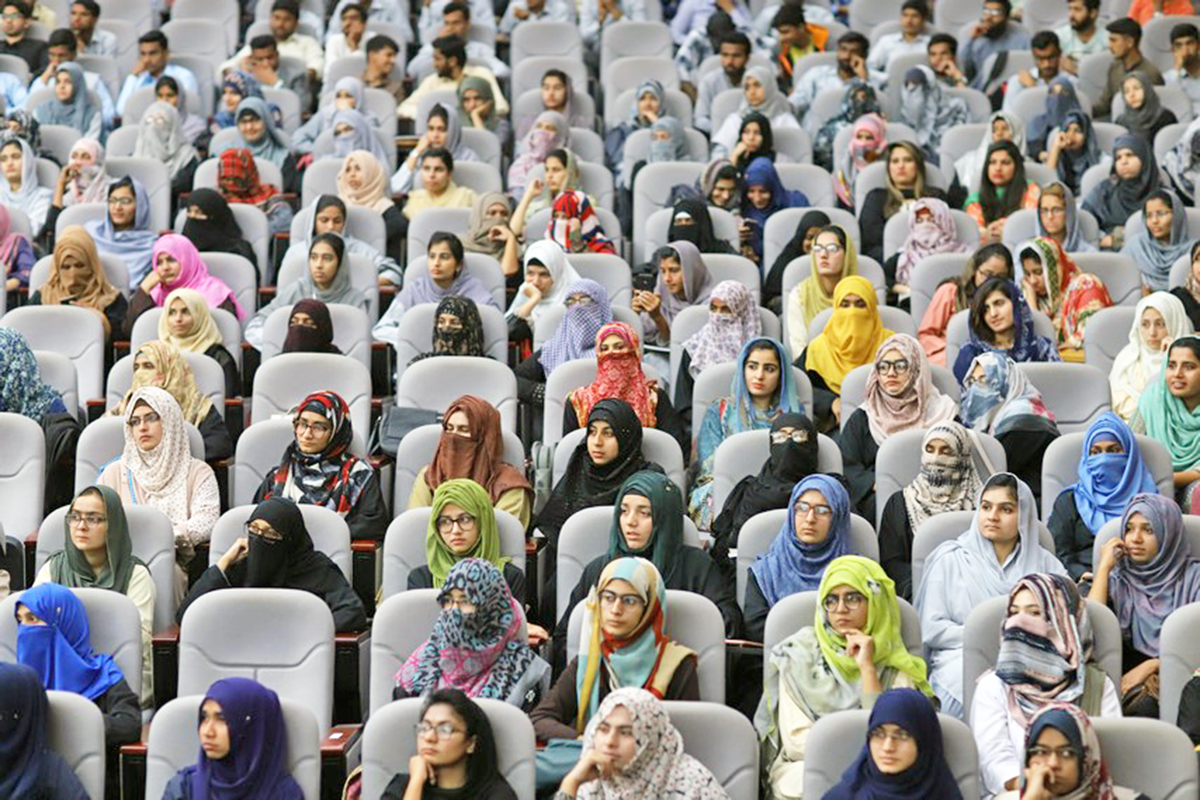 The Fourth International Workshop on X-ray Crystallography in Structural Biology was held at the Islamia University of Bahawalpur, Pakistan, from 25 to 27 February 2020. The first meeting in this series was held at the National Institute for Biotechnology and Genetic Engineering (NIBGE), Faisalabad, in November 2015; the second at FC College University Lahore in October 2016; and the third at the International Centre for Chemical and Biological Sciences (ICCBS), University of Karachi, in 2018. The aim of these workshops is to build capacity in the area of structural biology, which has had a very late start in Pakistan but is now gaining ground. As with the previous meetings, the fourth workshop was sponsored by the IUCr. Additional financial support was provided by the Pakistan Science Foundation (PSF), the Higher Education Commission of Pakistan. The Islamia University of Bahawalpur provided complete logistical support. Bruker Corporation and Douglas Instruments provided significant sponsorship.

Bahawalpur was chosen as the venue for the fourth workshop for multiple reasons. It has a unique landscape with the Cholistan Desert on one side and agricultural fields on the other. The city is famous for its palaces, which were built by the Nawabs of Bahawalpur. It is located almost in the centre between Karachi and Islamabad. The city has three universities. It is easily accessible from other large cities like Multan, Lahore and Faisalabad through a network of motorways and also has its own airport. And above all, the Islamia University of Bahawalpur has recently established a Materials Chemistry Laboratory that hosts a dual-source single-crystal X-ray diffractometer and a powder X-ray diffractometer. This lab is now regularly publishing research on small molecules and seriously wanted to undertake structural biology. 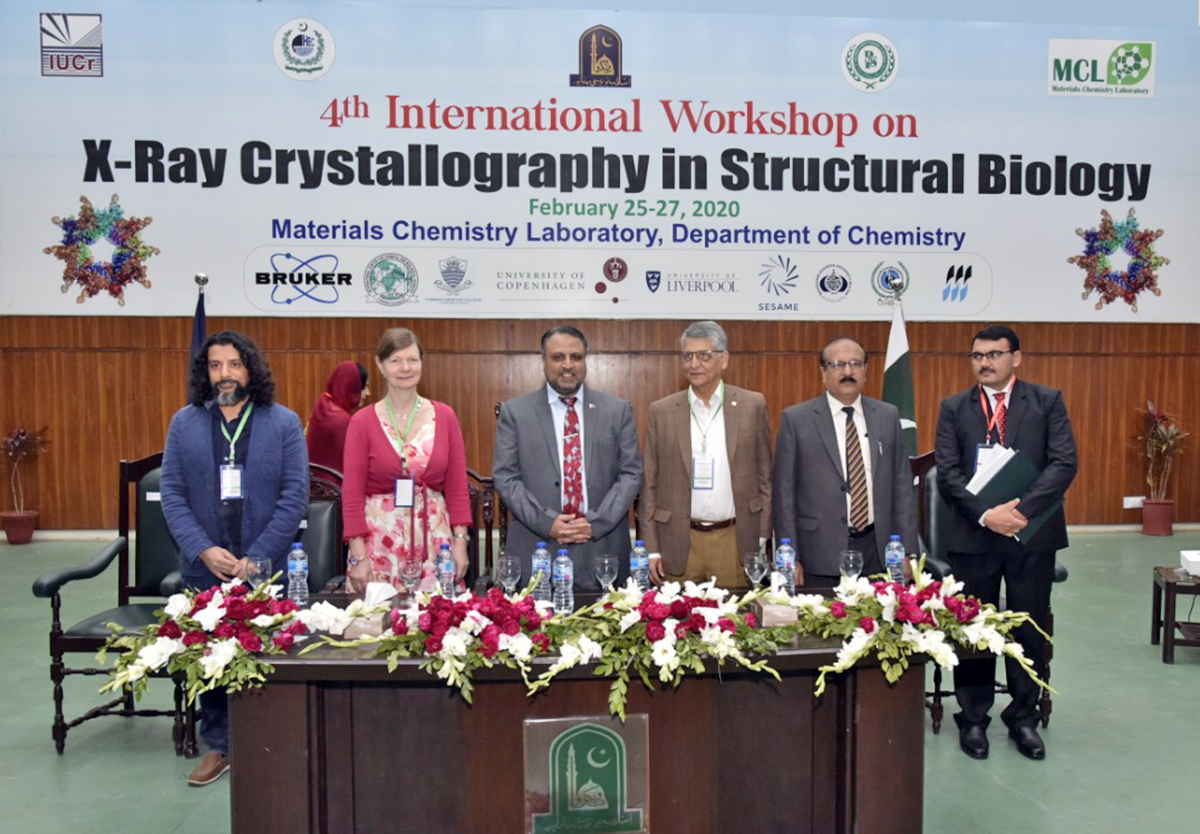 To provide high-quality hands-on training with a high student-to-teacher ratio, renowned structural biologists from abroad and from within Pakistan were invited. Samar Hasnain (University of Liverpool UK), Elspeth Garman (University of Oxford, UK), Richard Garratt (University of Sao Paolo, Brazil; sponsored by the IUCr) and Osman Asghar Mirza (University of Copenhagen, Denmark) carefully designed courses over the span of three days. They were assisted by national experts.

There were around 70 participants of which more than half were female. The participants were mainly Master’s or PhD students. The IUCr sponsored full economy class travel and lodging for 3 nights for 40 young scientists from across Pakistan. This support from the IUCr to young scientists proved crucial for the success of the workshop as the most serious participants from the disciplines of chemistry, physics, biotechnology, medicine and agriculture were able to participate.

Each day started with one or two comprehensive lectures. In his plenary lectures, Professor Hasnain gave an extensive overview of hot topics in structural biology, which the audience found very inspiring, and Professor Garratt nicely explained the basic concepts of symmetry and diffraction. The participants were divided into three groups and parallel sessions were organized. The participants received hands-on training in all aspects of protein structure determination including expression, purification, crystallization and data collection on the newly installed Bruker D8 Venture diffractometer equipped with an Oxford Cryosystems Cobra cryosystem. Moaz-ur-Rehman, Ahmed Akram, Muhammad Imran and Amir Shehzad conducted tutorials on expression and purification of proteins. Professor Garman and Maqsood Ahmed provided extensive hands-on training on harvesting the crystals under an Olympus SZX10 polarizing microscope equipped with a high-resolution DP74 camera. The students learnt how to mount the crystals on the goniometer head and visualize the diffraction. Lengthy sessions on data processing and model building using CCP4 and COOT were organized on the second and third days. Professor Garman prepared the course material on CCP4, and Dr Mirza, Malik Muhammad Shoaib and Saima Rasheed conducted the tutorials on refinement and model building.

On the final day of the workshop, the participants were required to take a written examination, which focused on the activities of the three days. Most of the participants fared very well. Prizes provided by Bruker were distributed among the top five scorers.

Each day the participants were served with lunch and dinner. An elegant gala dinner was hosted on the evening of the second day on the lawns of the beautiful Noor Mahal, where the participants admired the light show.

The opening and closing ceremonies were presided over by the Vice Chancellor of the Islamia University of Bahawalpur who took a keen interest in the event and offered his full support to efforts to promote structural biology in Bahawalpur. 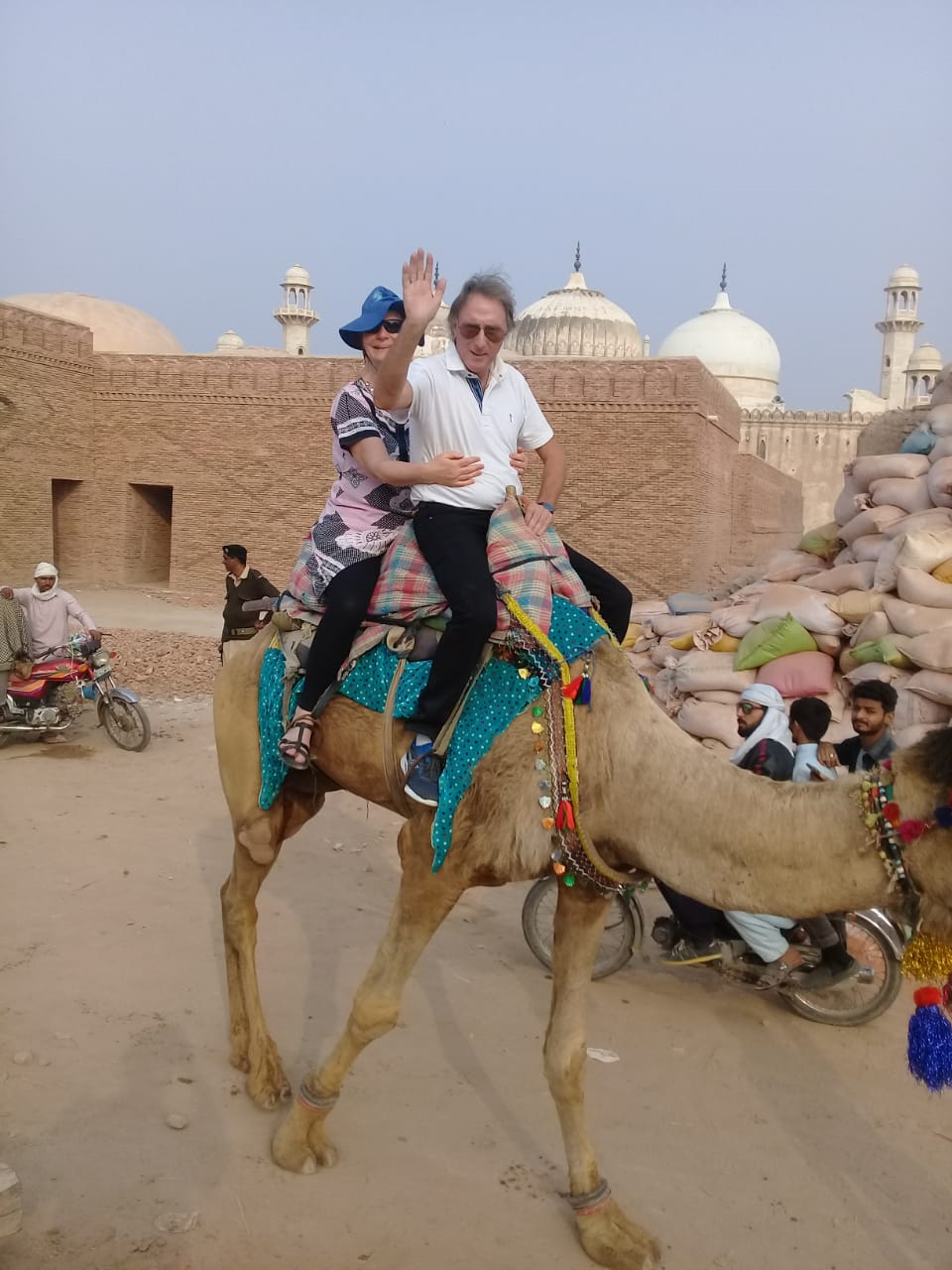 The event gained extensive coverage in newspapers and on television. Additional photos can be seen here.