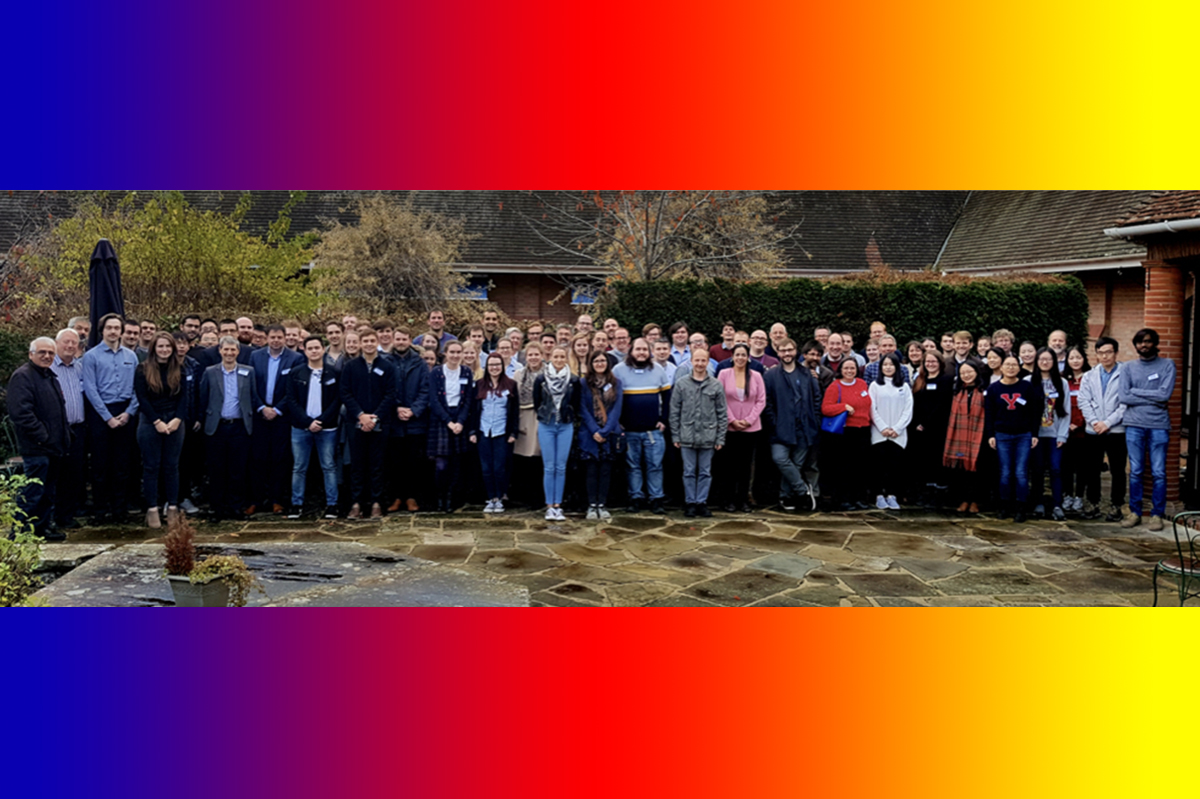 The first session focused on structure–property relationships of a range of energy materials. The invited talks were given by Hamish Yeung (Birmingham) and Siân Dutton (Cambridge). Hamish showed the application of in situ X-ray diffraction as a central tool to study the crystallisation mechanism and kinetics of a series of metal–organic frameworks (MOFs) that can find their use in gas absorption and carbon capture, etc. For Cd-mixed ZIF-8, he showed how to use computational methods combined with elemental mapping to model particles with a core-shell structure, and how to verify these models by using XRD peak shapes. Siân gave an overview of her research on battery electrode materials with a unique perspective on how magnetic property measurements can assist in structure characterisation of materials with complex structures, particularly those with intricate stoichiometry and charge ordering. The contributed talks were given by Aron Summer (Warwick), Nicolas Flores-Gonzalez (Glasgow) and Ella Mara Schmidt (Oxford). Aron presented his work on how to use the Reverse Monte Carlo (RMC) method to model total scattering data on a series of nanocrystalline Ce1-xZrxO2 materials used in catalysis. Nicolas talked about tuning the lattice polarisability using different halides and its effect on the Li conductivity in LiAlX4 (X = Cl, Br, I), a solid electrolyte for batteries. Ella introduced her superspace method with the help of a "superspace piano” to study occupational and displacement disorder in crystalline materials using single-crystal diffuse scattering. 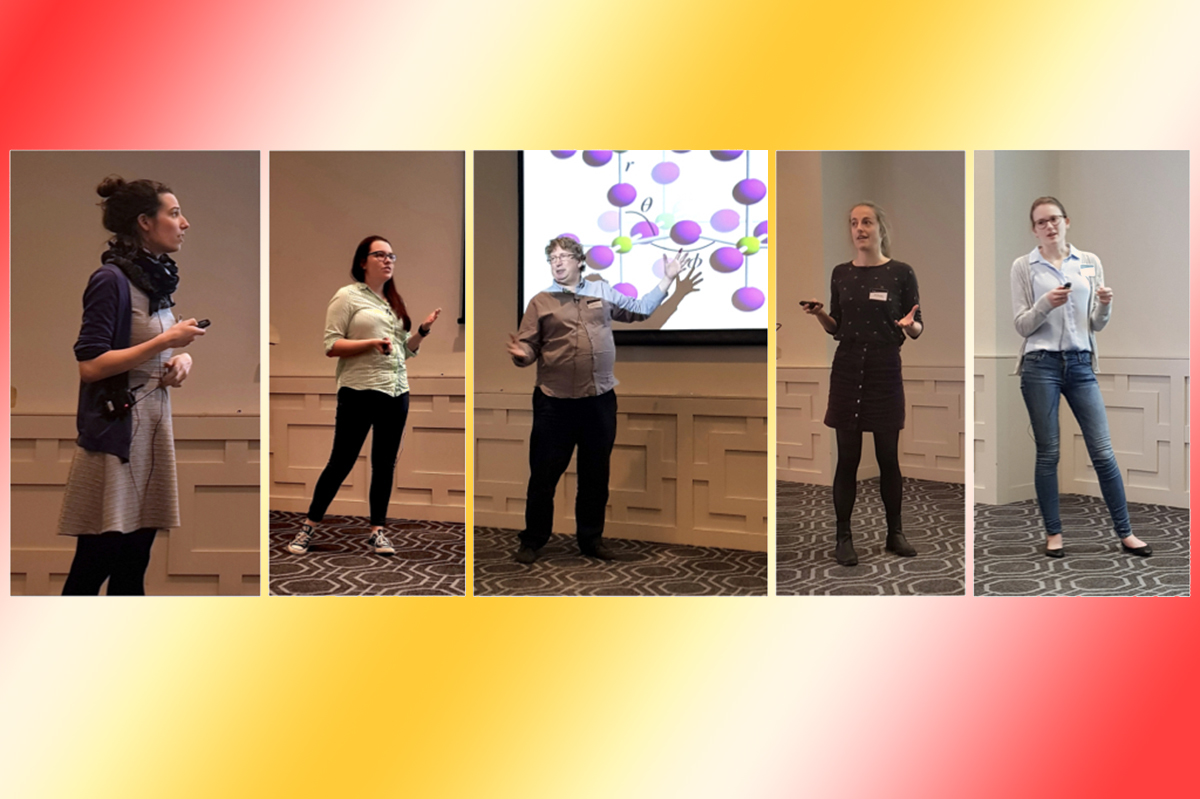 The second session started with invited speaker Eddie Cussens (Sheffield) “Throwing crystallography, spectroscopy and the kitchen sink in (magnetic) frustration” at a number of double perovskites, with the complex magnetic behaviour being studied over different timescales using different techniques. Jonathan Bulled (Oxford) continued the theme of magnetic frustration in the second presentation, this time on the trillium lattice in a NaMn(HCO2)3 MOF; he highlighted some potential applications of frustrated magnets, for example as magnetocalorics. Following this were a couple of talks on lithium conducting materials. First, Abby Haworth (Durham) demonstrated the use of nifty nuclear magnetic resonance (NMR) experiments to detect Li and Na ion mobility in Li-stuffed garnet, and how Na doping affects the ionic conductivity. Next up, Jacinthe Gamon (Liverpool) showed how a computational exploration of the Li-Al-S phase field resulted in the discovery of a new sulfide, Li3AlS3, and also how structural studies revealed the Li conductivity mechanism. More MOFs followed, with Daniel Bowron (ISIS) presenting the use of total scattering experiments to study the structure of liquid O2 confined in ZIF-8 as a function of gas pressure, and how this differs from pure O2. The session finished with Noah Waterfield-Price (Oxford) giving the Malvern Panalytical Thesis Prize Talk about the domain structure in multiferroic BiFeO3. It was a fantastic recount of how neutron and X-ray diffraction, along with photoemission electron microscopy, were used to identify magneto-structural domains and how the domain structure is coupled to polarisation in the material.

The session was followed by a bustling evening poster session, with 40–50 posters squeezed into the room. Prizes were awarded at dinner, just before the now traditional sticky toffee pudding dessert, to Emily Reynolds and Philip Welch (both Oxford) for their poster presentations on innovative MOF synthesis and disordered magnetic states in CsCoCl3, respectively. 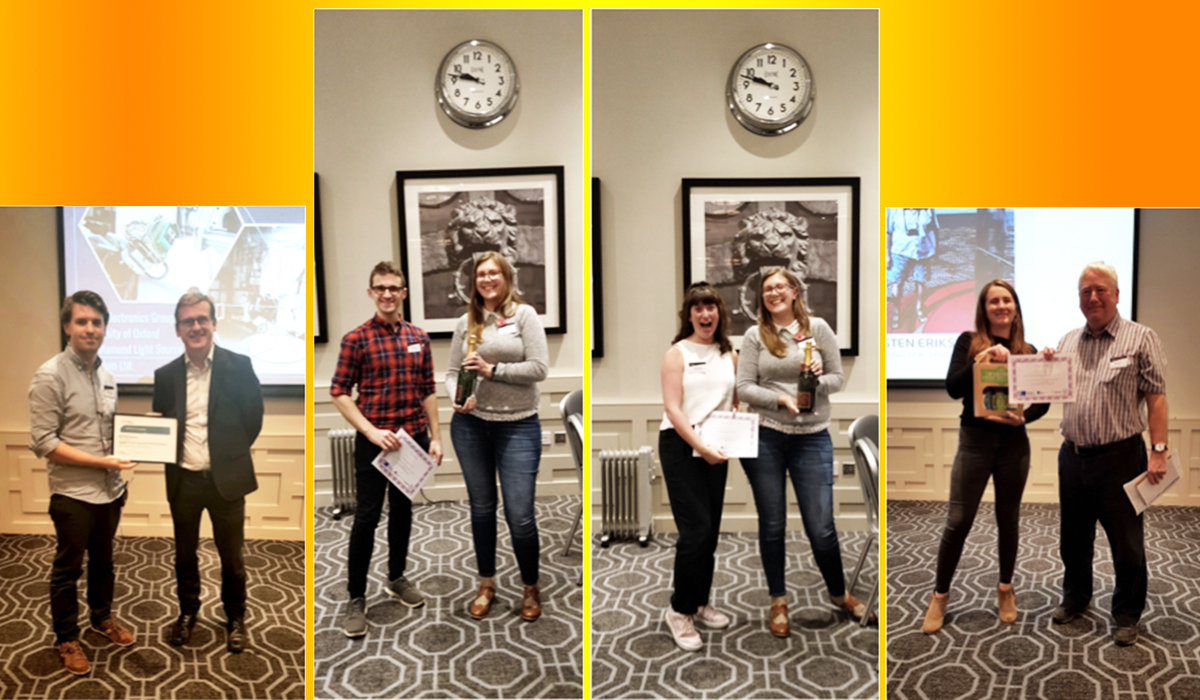 The following morning, the third session remembered Sten Eriksson, who led the long-running collaboration between the Swedish scientific community and ISIS. He sadly passed away in December 2018. In his memory an additional poster prize was awarded to Anna Herlihy (Warwick/ISIS) for her poster entitled “Pressure-induced phase transitions of the improper ferroelectric HgMn7O12.” The talks presented in the session covered a large variety of materials and research techniques. Paul Attfield (Edinburgh) introduced double double perovskites and the possibility of triple double perovskites using high-pressure synthesis to increase the accessibility of interesting physical properties by cleverly tuning composition. Steve Thompson (Diamond) took the audience on an interstellar journey to the analysis of interstellar dust and its replication in the laboratory. The intercalation of ammonia and lithium was discussed in Machteld Kamminga’s (Oxford) talk on layered chalcogenides. The session was closed by Lee Brammer (Sheffield) introducing some flexible, dynamic MOFs where the breathing behaviour is solvent dependent and can accommodate different activated states.

The fourth session explored a range of exciting dynamic properties of materials. Mark Warren, beamline scientist from I19 at Diamond, demonstrated how they are pushing the boundaries of pump–probe experiments looking at excitations in ambidentate linkage isomers. Chloe Fuller (Durham) reported total scattering measurements exploring the effect of vacancies and doping in the ion-conducting oxide Sr2ScGaO5. With Johan Cedervall (Stockholm/ISIS) we were treated to the complexity of the high-entropy alloy phase diagram for AlCoCrFeNi, which is dependent on cooling rate, heating rate and particle size: how can we control these to maximise its favourable mechanical properties? Martin Dove (Queen Mary) explained the astonishing and counterintuitive pressure-induced softening in ScF3 and attributed this to the unusual flexing of the ScF6 octahedra. In exploring the melting behaviour of two compositionally similar but structurally distinct ZIFs, Alice Bumstead (Cambridge) revealed that whilst individually one melts and the other does not, the former can act as a solvent to assist the melting of the latter. David Keen (ISIS) then rounded off a fantastic session by using a study of the hydrogen disorder in the mineral hydrogrossular to highlight the intricacies of analysis and interpretation of neutron and X-ray total scattering. 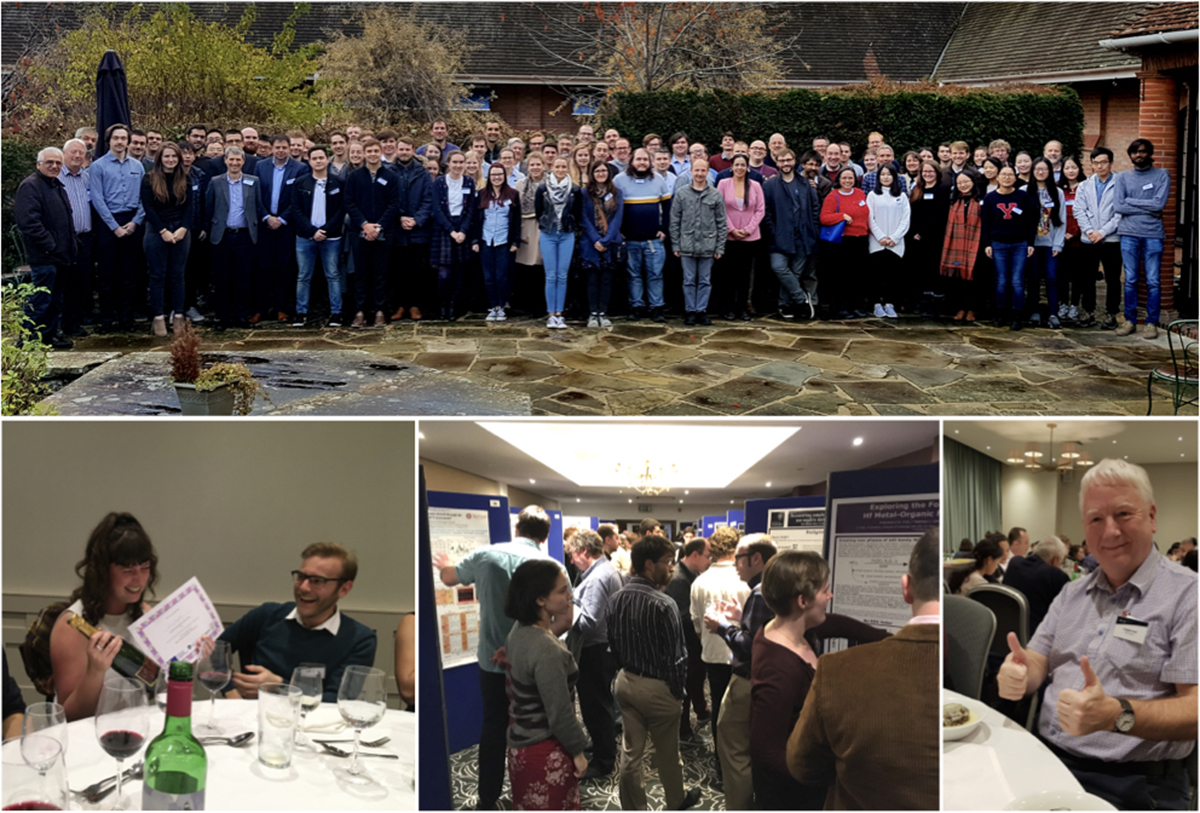 The four talks in the final session also covered an eclectic mix of subjects. Iain Oswald (Strathclyde) described how pressure can be used to recover metastable phases of small molecules such as paracetamol and caprolactum. John Claridge (Liverpool) aptly subtitled his talk, "What has superspace ever done for us?" with "how I learned to stop worrying and love the modulations" and Stephen Dodsworth (Sheffield/Diamond) showed us how the character of the breathing mechanism in MOF SHF-61 can be changed post-synthesis. The final talk of the meeting was given by Bob von Dreele (Argonne). He gave a presentation on GSAS-II, his Rietveld refinement code, and how it can be used to determine magnetic structures. In his introduction he reflected that his original GSAS code was borne out of work he did in the UK 47 years ago; GSAS-II now has 100 000 lines of Python code and he has returned to the UK for an extended visit to ISIS and Diamond to continue its development.