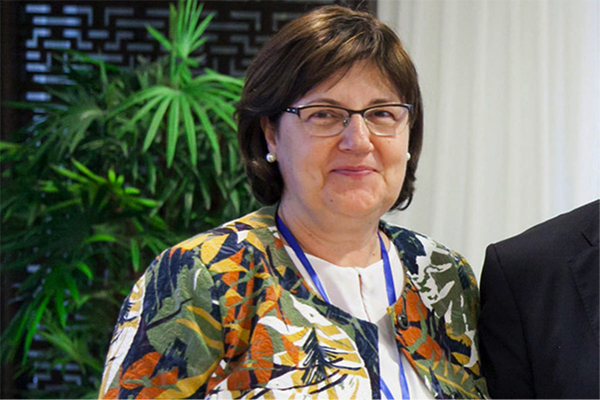 It is with great sorrow that we report that our colleague Catalina Ruiz-Pérez passed away on 8 August 2019 at the age of 62.

Catalina Ruiz-Pérez was born in Valencia, Spain, in 1957 and she was Full Professor of Applied Physics in the Department of Physics at Universidad de La Laguna in Tenerife, Spain, since 2000. She was Director of the X-ray and Molecular Materials Laboratory at that University, where she served as Director of the Physics Department from 2004 to 2006 and as Vice-chancellor for Research and Knowledge Transfer from 2011 to 2014.

During her scientific career, Professor Ruiz-Pérez published over 250 research papers and book chapters, most of them in the field of crystal structure–property relationships in molecular materials, particularly in molecular magnets and crystal engineering. She also served in national and international scientific societies. For instance, she was Vice-President of the Nanoscience and Molecular Materials Group of the RSEQ (Real Sociedad Española de Química) from 2005 to 2010. She was a member of the Board of the Group of Crystallography and Crystal Growth (GE3C) of the RSEQ and RSEF (Real Sociedad Española de Física) since 1992, and acted as Vice President until 2015. She actively participated in the EIP (European Innovation Partnership) on Water, an EU Innovative Project. She was an organizer of the IUCr Congress in Madrid 2011.

In the field of International Cooperation, she was appointed Advisor in Research and Development of the CONCITEC (National Council for Science and Technology) and the Direction of Research of the ANR (Asamblea Nacional de Rectores) of Peru. She received several awards including the Canarias Award of Research and Innovation in 2017.

She will be sorely missed by her many friends and colleagues in the crystallographic community. Our thoughts and our warmest sympathies go to her husband, daughters and family.