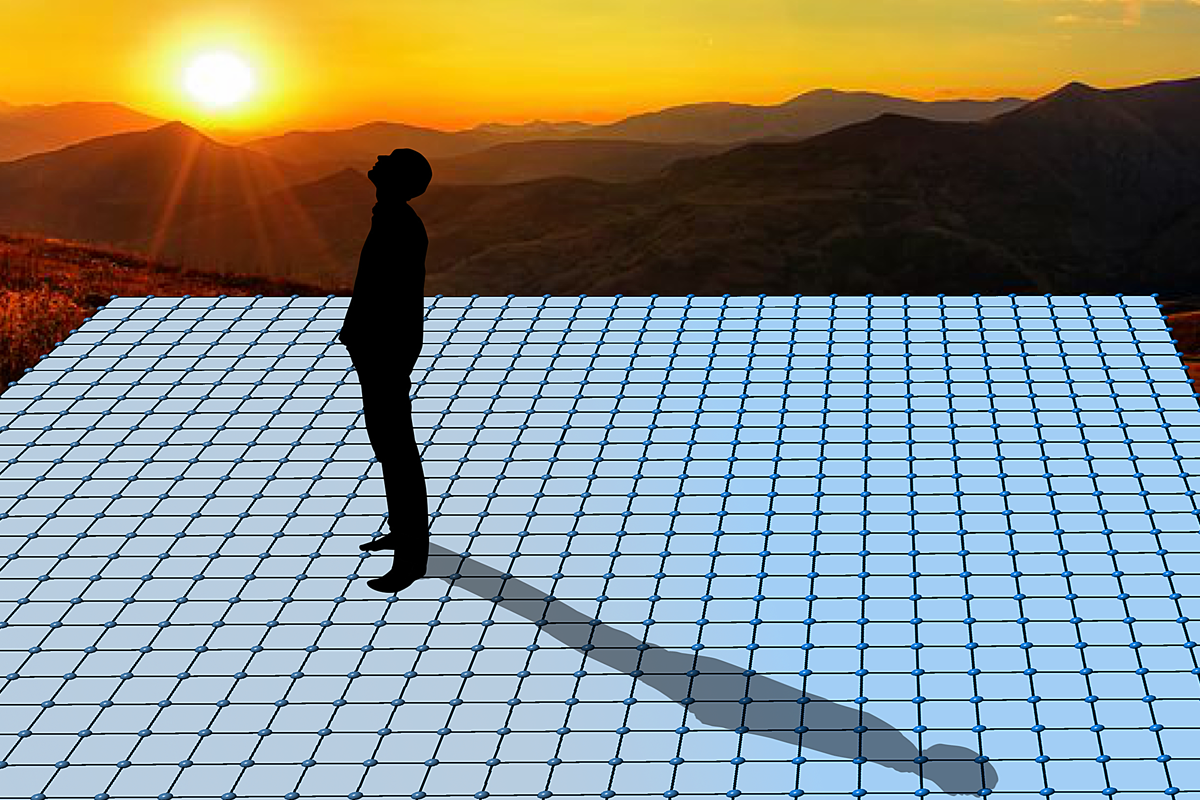 The discovery of quasicrystals represented such a paradigmatic shift in the way we look at condensed matter that even the definition of a crystal had to be amended to take into account materials that violate the three-dimensional (3D) periodicity, which had been for so many years considered the most fundamental feature of a crystal. Currently, the official definition reads as follows: “A material is a crystal if it has essentially a sharp diffraction pattern”, but this has been the subject of a number of discussions (e.g. Lifshitz, 2007). In particular, the definition in reciprocal space does not fit everybody’s taste as the physical object has its physical existence in direct space. A higher-dimensional approach seems more satisfactory because it “elegantly restores hidden symmetry and correlations of quasiperiodic structures” (Steurer & Deloudi, 2009) and encompasses other aperiodic structures (incommensurately modulated structures and co-crystals) as well; although some aperiodic structures can be described as periodic without the need for a higher-dimensional space, but by changing the geometry of the space (Kocian, 2013). Crystallographers are today used to working with higher-dimensional spaces, even up to six dimensions.

In recent years lower-dimensional spaces, instead of higher-dimensional ones, have increasingly attracted attention, in particular from material scientists and crystal engineers. Journals, even serious ones, are flooded with publications about “low-dimensional materials” endowed with extraordinary properties. Non-specialists are tempted to believe that after superspaces it is now the turn of subspaces to reserve surprises to those daring to explore them. Unfortunately, it all comes down to a fundamental misunderstanding by authors who seem to ignore the notion of subperiodicity. Not only is there nothing conceptually new in these materials, so that one could say "much ado about nothing", but the misunderstanding may prevent the investigators from using the mathematical tools suitable for their materials, which were well known long ago. I briefly addressed this problem in the Journal of Applied Crystallography (Nespolo, 2019); here I try to explain it to a less-specialised public.

Can a material exist in a low-dimensional space?

The extravagant expression “low-dimensional material” is showing up even in high-impact journals. For example, Voiry et al. (2018) wrote about “low-dimensional catalysts” and in their Figure 1 they describe “0D nanoparticles, 1D nanowires/nanotubes and 2D nanosheets”. A quick look at the figure shows beyond any doubt, and without any surprise, that these materials possess a volume and as such are perfectly 3D objects. The trap in which the investigators fall – and this is really surprising! – is in mistaking the number of dimensions of that space within which the material shows periodicity for the number of dimensions of the space in which the material occurs. The so-called “0D nanoparticles” are finite (non-periodic) 3D particles. The so-called “1D nanowires/nanotubes” are 3D nanomaterials that are periodic along one direction and non-periodic along the two other directions of the space. The so-called “2D nanosheets” are 3D sheets that are periodic along two directions and non-periodic along the other direction of the space. Quite obviously, there cannot be any 0D, 1D or 2D material (D = dimensional)1; these materials are built by 0P, 1P or 2P (P = periodic) building blocks (modules: bricks, rods, sheets) and are simply modular structures (Ferraris et al., 2008), which have been the subject of investigation for almost a century (Umayahara & Nespolo, 2019).

The confusion is far from being devoid of consequences. The physical, chemical and mechanical properties that make these materials technologically interesting depend on how each of the modules is arranged with respect to the others. One of the challenges in crystal engineering is to optimise this arrangement so as to maximise the properties of interest while at the same time obtaining a stable material. Now, depending on the structure of both the bulk and the surface of the modules, the arrangement can usually be realised in a finite (often small) number of variants, which can be represented by a mathematical operation that maps the modules, and these operations depend on the symmetry of the module. If the module was 0D, 1D or 2D, it could be embedded into (exist in) a 0D, 1D or 2D space, and its symmetry group would be the point group containing only the identity (how do you move in a 0D space?), a line group (1D space group) or a wallpaper group (a 2D group), respectively. The modules are actually embedded (existing) in the ordinary 3D space but are periodic along a subset of dimensions. Their symmetry groups are 3D but subperiodic: point groups for 0P modules, rod groups for 1P modules and layer groups for 2P modules (see table below).

Subperiodic groups have been well known for almost a century (Niggli, 1924; Polya, 1924; Speiser, 1927; Alexander & Herrmann, 1929; Hermann, 1929) and are described in detail in Volume E of International Tables for Crystallography (Kopský & Litvin, 2010). There cannot be an excuse for mistaking a subperiodic group for a low-dimensional group.

The possible arrangement of successive modules that corresponds to a coherent interface allowing the establishment of chemical bonds between a pair of modules corresponds again to a subperiodic group. This group is obtained as the intersection of the subperiodic group of the two modules in their respective orientation and position. Failing to recognise the subperiodic nature of the module prevents symmetry analysis, which is key to predicting the possible juxtapositions of modules compatible with their structure and surface.

Getting a general picture

Such an awkward description of materials reminds me of E. A. Abbott’s satirical novella Flatland: A Romance of Many Dimensions, in which the main character, A. Square, describes the 2D world in which he lives. Being born and grown in a 2D world, for him the Universe can only have two dimensions. On the eve of the third Millennium he dreams of visiting a 1D (Lineland) world, inhabited by points who can see him only as a set of points on a line. This dream represents the beginning of an adventure that eventually profoundly shakes the foundations of his (flat) conscience. He receives a visit from an inhabitant of a 3D world (Spaceland), a Sphere, which he is unable to see as anything other than a circle. The idea of the existence of a third dimension, subversive in a 2D world where your position in the society depends on the number of edges you have, infiltrates his soul and opens his mind to new dimensions, to the point that he tries, without success, to convince the Sphere of the theoretical possibility of the existence of fourth and higher spatial dimensions. Later, the Sphere comes to him again in a dream to introduce him to Pointland, a 0D world where a point, the sole inhabitant, perceives any communication as a thought originating in his own mind.

Crystals in Spaceland are 3D objects. Some of them are modular structures built by subperiodic, but not low-dimensional, modules. If we turned our eyes over the 2D crystallographers of Flatland, we would look at them with compassion, for they are unable to grasp the 3D nature of the crystals of which they can experience only a section. They indeed describe our crystals as 2D objects whose symmetry is a wallpaper group, but only because they cannot realise the 3D nature of the object: we do, and it is simply meaningless to adopt the viewpoint of Flatlanders. We can go further, and turn our eyes over the 1D crystallographers of Lineland, for whom our crystals are just a 1D object whose symmetry is a line group: in this case we would share with Flatlanders the compassion for these dimensionally limited colleagues. It is hard to imagine how a crystallographer of Pointland would experience our crystals.

1 Even graphene does not have zero thickness!