A few extra reasons to attend the XX Congress and General Assembly of the International Union of Crystallography August 23-31, 2005

Next year, the world crystallographic community will have the opportunity to attend an important international meeting immersed in the exciting and unique atmosphere of Florence. A visit to this city, with its magnificent attractions, is a striking experience for both first time and repeat visitors. Moreover, the Congress organizers are planning various activities that will give the delegates and accompanying persons the feeling of being not merely 'just another tourist'. 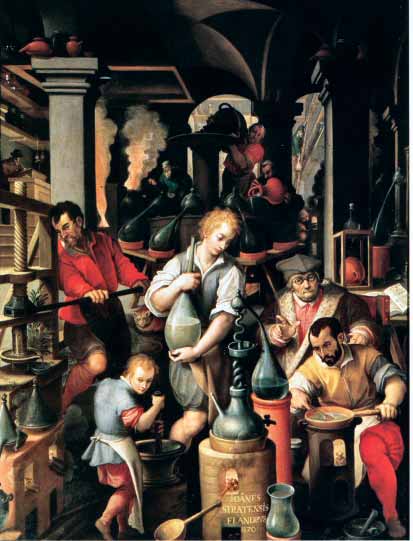 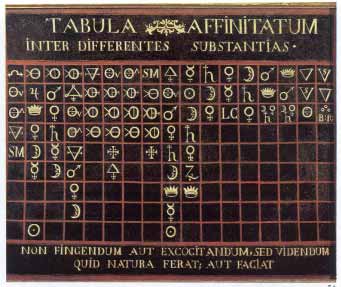 Florence was the cradle of the Renaissance, the cultural phenomenon which spread through Europe in the XVth century leaving for posterity famous masterpieces of architecture, sculpture and painting. The patronage that the Medici and other influential Florentine families gave to artists as well as to the development of science was unique for the times. One of the Medici ancestors, Cosimo il Vecchio (1389-1464), performed alchemic experiments personally, as is documented in the famous painting by Giovanni Stradano (the Italianized name of the Flemish painter Jan van der Straet), which can still be admired in Palazzo Vecchio. And, we note that this painter is a significant example of the attraction that Florence held for artists and artisans of the period, thanks to the attention that the city and its governing families paid to human ingenuity, resulting in a unique collection of talented persons in a small geographical area. This favoured the growth of a fruitful mixture of handicraft and scientifically based activities which were performed by melting metals, molding waxes and glass, extracting dyes for textiles, pigments for painting, medicaments to treat diseases, just to name a few. Some of the outcomes remain as milestones in human history. The Medici family felt a special attraction for gems and beautiful crystals and their collection of minerals, one of the oldest in existence, is still visible in the University Museum of Mineralogy. Another 'must' for the scientifically inclined visitor is the History of Science Museum which contains a unique collection of research instruments, the most famous of which are Galileo Galilei's telescopes and his devices to demonstrate the laws of falling bodies. There are also many objects of historical interest for pharmacists, botanists, physicians and chemists. In particular, the alchemist's 'Tabula Affinitatum', represents an astonishing precursor of Mendeleev's Periodic Table and should not be missed. 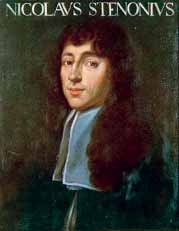 Another historical curiosity of note is that Florence was for many years the home of the Danish scientist Niels Steensen, later Latinised as Nicolaus Steno, one of the fathers of modern crystallography. In Florence, where he had settled, Steno made a fundamental contribution to modern geology. In particular, he established one of the most basic principles of crystallography by using three simple words: 'non mutatis angulis'. Converted to Catholicism and nominated as a bishop, he is now buried in the Church of San Lorenzo. In the third centenary of his death (1986), he was beatified by Pope John Paul II, the first step toward sainthood. Thus, crystallographers may soon have their own patron saint, one who might occasionally intercede to solve problems regarding some difficult structure! Also, we organizers trust in Beato Steno for the success of the Congress, although we place absolute faith in the interest and dedication of crystallographers for their own discipline.

The Program Committee, formed by 23 international members, met June 17-19 in Erice (Sicily) to finalize the topics and the timetable. When this article will be published, most important decisions will have already been taken and approved by the Executive Committee. Obviously, I cannot provide any information in advance, but the community of crystallographers can rest assured that the quality of the presentations and the names of the speakers are of the highest scientific level and that the Conference will confirm that crystallography is really the most multidisciplinary of the sciences.