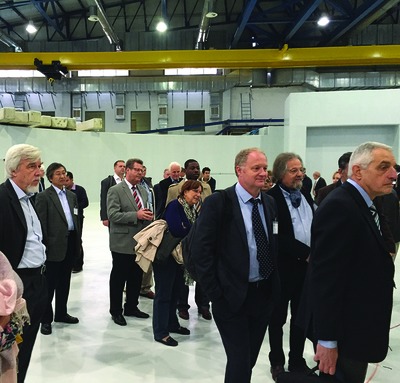 Delegation in the experimental hall of SESAME.

There are some 60 synchrotron-light sources in the world, including a few in developing countries, but none in the Middle East. SESAME, which is a major facility under construction near Amman, Jordan, will not only be the first light source in the Middle East but also the region's first true international centre of excellence.

The aim of SESAME (Synchrotron-light for Experimental Science and Applications in the Middle East) is to foster scientific and technological capacities and excellence in the Middle East and neighbouring regions and help prevent or reverse the brain drain in the region by enabling world-class research in subjects ranging from biology and medical sciences through materials science, physics and chemistry to archaeology, much focused on issues of regional importance, e.g. environmental studies, health and agriculture. SESAME will also build scientific links and foster better understanding and a culture of peace through collaboration between different creeds and political systems. 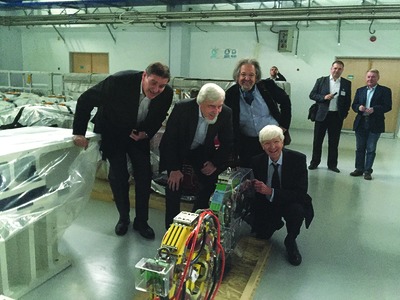 The council and advisory committees of SESAME met during the last week of November 2015 in Amman. It provided an opportunity to see the progress of the SESAME instrument and experimental beamlines. The construction project, defined as the storage ring and two beamlines (one for IR applications and the other for XAFS/XRF applications), is expected to be completed in early 2017. The macromolecular crystallography beamline, to be based on an in-vacuum undulator, received a boost with an initial grant of USD 2M given by Jordan Scientific Research Support Fund, a financially and administratively independent government institute responsible for encouraging and supporting scientific research in Jordan. The support came in response to a proposal jointly submitted by SESAME and Jordan U. for funding of construction of the macromolecular crystallography beamline and laboratory. This beamline, together with the materials science beamline based on a multipole wiggler, is expected to come online in early 2018, completing the suite of four beamlines due in Phase 1 of the project. 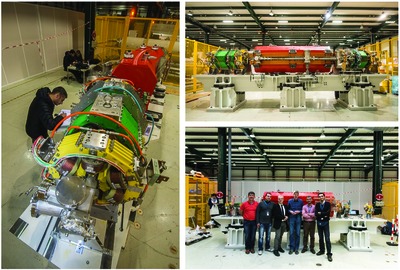 Installation of the 2.5 GeV storage ring has started. One of the 16 cells of the SESAME storage ring assembled on the girder. The components were constructed in collaboration between SESAME members and observers with the magnet assembly coordinated by CERN. The dipole magnets were manufactured in the UK, sextupole coils in France, quadrupoles and girders in Spain, vacuum chambers in Germany, sextupoles in Pakistan and quadrupole coils in Turkey.

The additional funding by a number of member countries supplemented by an EU grant has proved a pivotal point as the facility enters its final stages of construction. In addition to the extra funding by a number of member countries, Italy, which is an observer country, has provided EUR 1.8M for the RF cavities. The European Commission (EC), which became an observer of SESAME in 2015, has provided EUR 5M to the construction of the magnetic system for SESAME's storage ring being led by CERN. 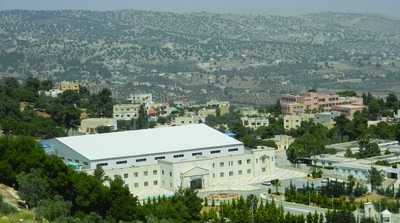 SESAME with its new white roof.

Staff numbers have gradually increased to 41, of which 28 are professional scientific and engineering staff directly involved in the construction project of the machine and Day-One beamlines. The staff strength is expected to increase to 67 by 2018.

Representatives of the member and observer countries' Governments as well as several other agencies including International Atomic Energy Agency (IAEA) and International Centre for Theoretical Physics (ICTP) attended the council meeting. On this occasion, EU Ambassador HE Mr Andrea Matteo Fontana said, 'We are delighted that we have become an observer of SESAME. In view of its importance of science cooperation and regional harmony we have invested close to USD 15M and have allocated a specific topic within the next framework to strengthen regional cooperation - step up our support so that we can help realise its full potential. Some earmarked funds are announced for training and capacity. Science diplomacy is very important in this complicated world.'

As reported in Volume 22, Number 1 (2014) of the IUCr Newsletter, the IUCr has been pleased to support the SESAME project by providing free online access to IUCr Journals for 2014-2016 as part of the IYCr2014 celebrations.