The two neighbouring Asian countries India and Bangladesh share a long history and culture, but have hardly any scientific ties. With the intention to break this artificial barrier, the first India-Bangladesh structural chemistry conference was held at the Indian Institute of Science Education and Research (IISER), Kolkata, India during 18-19 September, 2015. The focus of the conference was to discuss and acknowledge recent advances in the field of crystal engineering happening in East Asia. This bilateral conference, co-organized by C. Malla Reddy (IISER Kolkata, India) and Altaf Hussain (Dhaka U., Bangladesh) as part of the extended celebrations of the International Year of Crystallography 2014, dealt with the topics related to crystal engineering of small molecules and macromolecular structural chemistry, covering synthesis, structure and dynamics, which indeed are the issues at the heart of this contemporary multidisciplinary science. 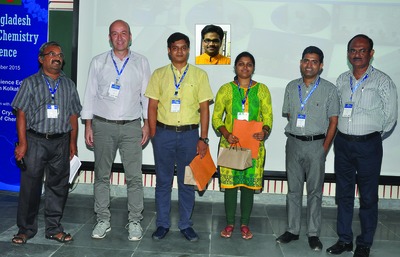 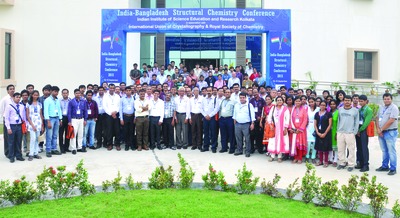 The gathering offered the opportunity for scientists and young researchers from India and Bangladesh to exchange their scientific ideas as well as to engage in cooperation and future collaborations.