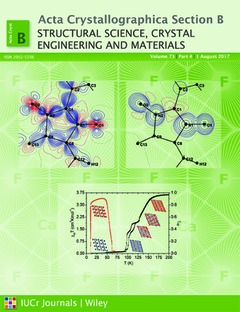 A lifetime of outstanding scientific achievements by Philip Coppens is celebrated in the August 2017 issue of Acta Cryst. B (http://journals.iucr.org/b/issues/2017/04/00/). Originally a tribute to his recent retirement, this collection of papers - approved by Philip - was submitted by former students, postdocs, close friends and collaborators. With Philip's unexpected passing in June 2017, this collection of manuscripts has now become a remembrance of his impactful scientific legacy.

Among the earliest of pioneers of the field of charge density, Philip demonstrated that accurate high-resolution X-ray diffraction was an unparalleled experimental method for mapping and modeling electron density in crystals. In both theory and practice, his contributions impacted every aspect of charge density: helium temperature experiments, data reduction, multipole modeling, combined analysis of charge and spin densities, derived electrostatic properties, multipolar data bases, and applications to chemical bonding and materials science. Much of Philip's later work involved the development and application of time-resolved X-ray diffraction methods to monitor light-induced transformations in small-molecule systems.

The contents range from high-quality charge- and spin-density studies (one of which is combined with X-ray absorption measurements), optimizing data and model quality, statistical analysis of the data, charge densities at high pressures, evaluation of pseudo-atom density models, measuring the charge density in unusual bonding situations, a further extension of Bader's theory by applying the Source Function to spin localization and polarization mechanisms, and development of new detectors allowing accurate powder diffraction measurements of charge-density quality, as well as in-house time-resolved studies down to millisecond resolution with a new gated detector, thus optimizing faster, in-house, dynamic studies.

The Guest Editors Claude Lecomte (who initiated this issue), Jason Benedict and Yu-Sheng Chen hope you enjoy reading this collection of manuscripts dedicated to the remembrance of Professor Philip Coppens (1930-2017).

Proceedings of the CCP-EM Spring Symposium 2016 The Collaborative Computational Project for electron cryo-microscopy (CCP-EM; www.ccpem.ac.uk) supports users and developers in biological EM, and holds an annual symposium that reviews and highlights state-of-the-art developments in macromolecular cryo-EM. The proceedings of the 2016 Spring Symposium (Rutherford Appleton Laboratory, UK; May 2016) have been published in the June 2017 issue of Acta Cryst. D (http://journals.iucr.org/d/issues/2017/06/00.

Cryo-EM is currently in a golden age: multiple, symbiotic improvements in instrument technology have resulted in vastly improved signal-to-noise allowing a step-change in resolution and scale. Indeed, such is the pace of development that the term 'resolution revolution', first coined in 2014, is fast becoming a cliché. This has propelled cryo-EM into the mainstream, evidenced by the exponential rise in the number of new EM-derived structures and high numbers of new researchers in the field. These new methods have opened a rich tranche of new biological systems to explore, including those that were well hidden from the bright light of other structural biology disciplines. As such, this inaugural edition, edited by Tom Burnley, Paula da Fonseca and Randy Read, focuses on emerging methods - the how, and highlights applications - the why. The methods and applications presented in this open-access issue provide a glimpse of what can be expected in the coming years for cryo-EM. 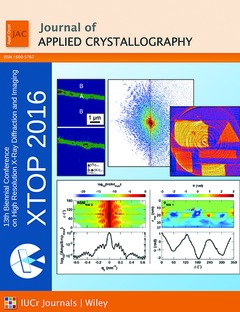 The latest virtual special issue of the Journal of Applied Crystallography (open access at journals.iucr.org/special_issues/2017/xtop2016/) features a selection of original contributions from the 13th Biennial Conference on High-Resolution X-ray Diffraction and Imaging (XTOP 2016), which was held in Brno, Czech Republic, in September 2016. The topics of the published articles cover the broad spectrum of problems discussed during the conference, highlighting in particular four specific X-ray techniques: X-ray Bragg diffraction, small-angle scattering and reflectivity, X-ray diffraction imaging, and coherent (phase-sensitive) X-ray imaging.

IUCr Journals sponsored two Student Poster Awards at the meeting, which were won by Jinxing Jiang (NIMS, Tsukuba, Japan) for his poster 'Visualization of inhomogeneous layers and interfaces in ultrathin films by X-ray reflectivity', and Rajkiran Tholapi (U. Hamburg, Germany) for 'Effect of indentation-induced strain on epitaxial Fe layers'.

The next XTOP meeting will take place in Bari, Italy, in 2018.