What we can do towards world peace 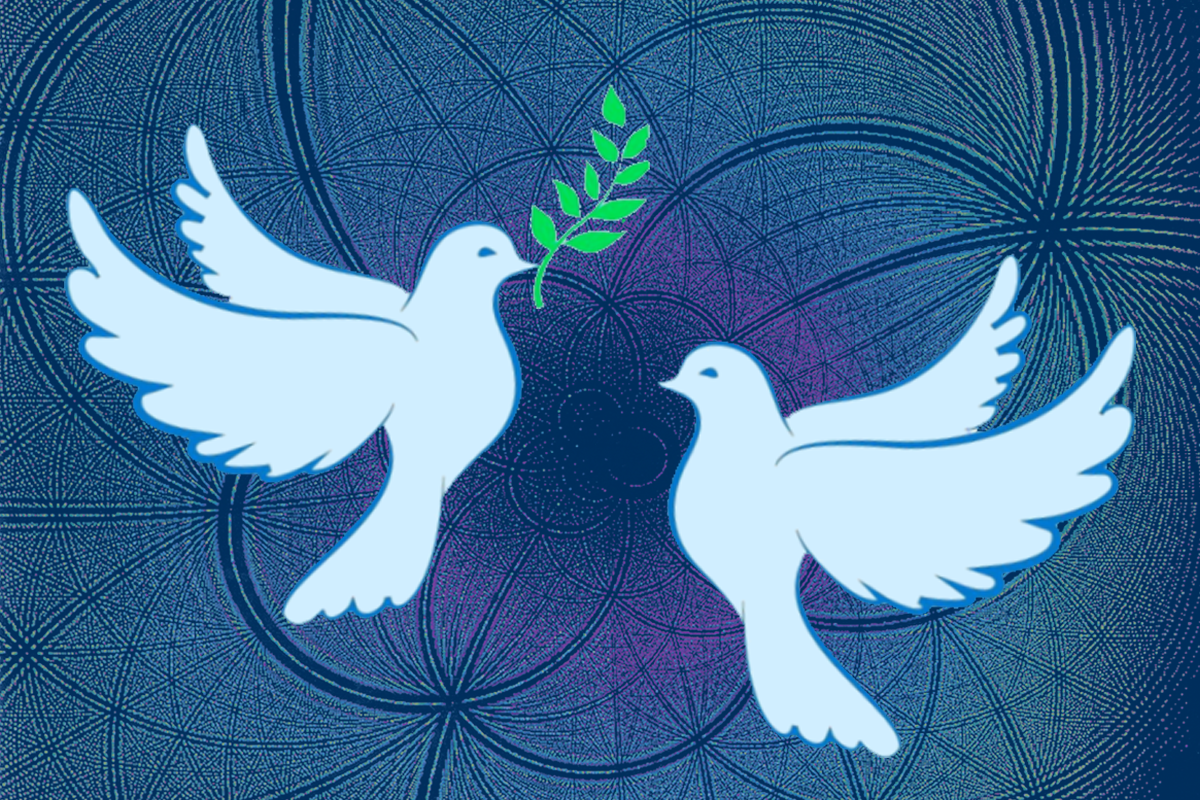 I became deeply interested in peace in the world as a DPhil student learning enzyme crystallography at Oxford University, UK, between 1974 and 1978 with Margaret Adams. We were based in an overall group headed by Dorothy Hodgkin and her people, Guy and Eleanor Dodson and research visitors. I learnt that Dorothy was to become President of Pugwash (1976–1988), an organisation whose main objective was "the elimination of all weapons of mass destruction and of war as a social institution to settle international disputes". Dorothy was also IUCr President in this period (1981 to 1984). Coming from a regular upbringing, i.e. where my father and grandfather had fought in both World Wars, I had a simple view that defence, not aggression, is what is necessary. Pugwash deepened but did not resolve my thinking away from this view. Later, by chance, I came across Kathleen Lonsdale’s short book Is Peace Possible? My thinking was swept forward by her book and its careful analysis, summed up in the Christian saying "turn the other cheek". But, how so difficult when I thought of the scale of offensive provocations, or threats of, that we witness. Then I discovered Linus Pauling’s book No More War, which focused on nuclear weapons. The peace that has followed their first use in 1945 is surmised to be due to knowledge that it would be a nuclear war of such magnitude that it really could not be allowed to happen.

In this somewhat random walk in deepening my thinking about these matters another step unexpectedly came in the Times Higher Education Supplement (THES) of 14 November 2019, where I saw a review of the book World Peace (And How We Can Achieve It) by Alex J. Bellamy. I bought an ecopy of the book, which I have read carefully. It tackles the same issues afresh. That nuclear weapons are the mainstay of the modern peace since 1945 is aired in Bellamy’s book on page 94.

Should we crystallographers take an interest in all this? More to the point, what can we do towards peaceful ends? It isn't in our science but it is in our history because of Lonsdale, Hodgkin and Pauling. So I think we should take a direct interest. I have written about this before. Several years ago when I saw that the ACA’s Transactions Symposium in 2015 was on Crystallography and Sustainability, I submitted an abstract. In my subsequent article (pages 8 to 19), I blended our historical crystallography leaders' activities, which I mention above, with aspects of my most recent research on green (structural) chemistry applications, namely working towards better clinical outcomes with fewer chemicals. In my research for the talk at ACA2015, I was struck by the absence of striving for peace as one of the United Nations eight, at the time, sustainability development goals (SDGs), a fact that I found bewildering.

So I looked to this new book by A. J. Bellamy to further learn about these issues and what one as an individual can do to try to help. Bellamy has extensive experience and is very accomplished in the field of peace studies. There are several points to be highlighted, although the whole book is a very interesting treatment of the topic. It also provides a very long historical look back, such as at the peaceful Minoan culture (see my picture below) and scrutinises cave paintings as evidence of peace or war-like activities of our ancestors, and much more besides. Suffice to say he finally suggests improvements in our modern procedures for peace upheld as best it can by the United Nations. 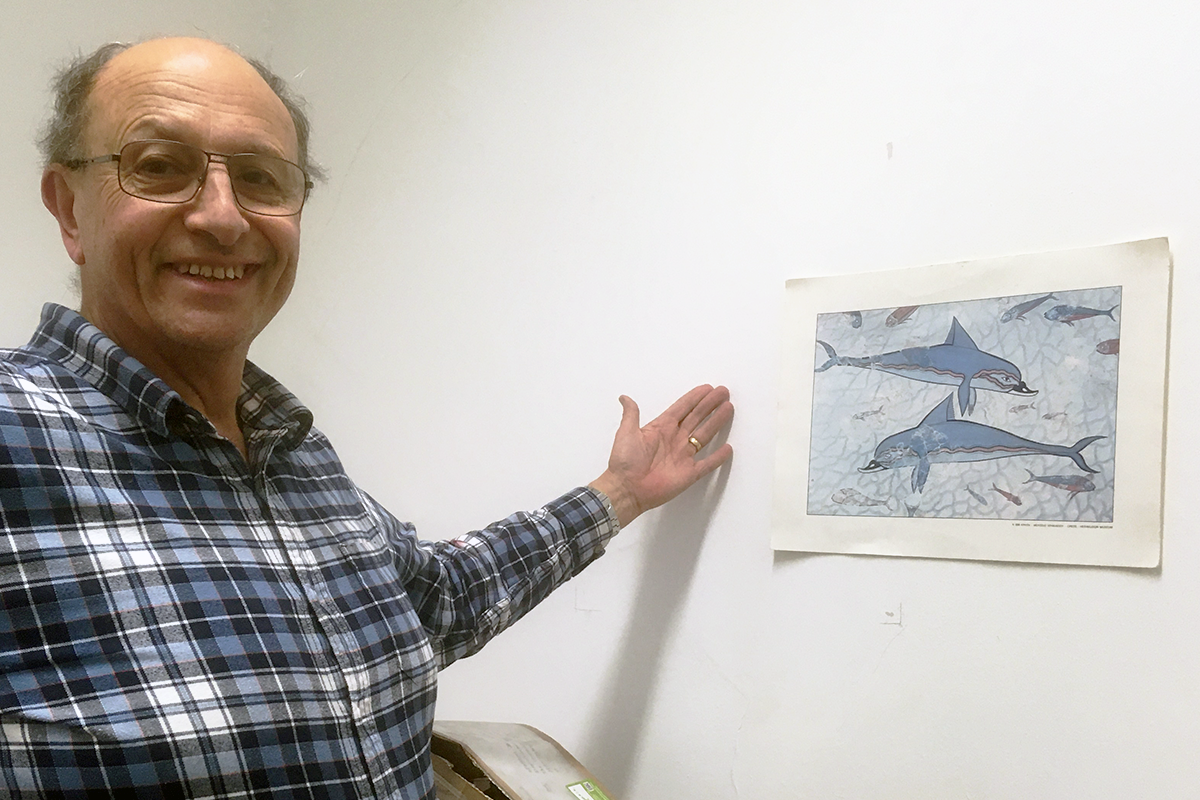 More specific to us as crystallographers, I immediately checked if Bellamy’s book cited Kathleen Lonsdale’s book or Linus Pauling’s book? But it does not. I also wondered if scientists' roles are 'only' the shortening of wars, e.g. by the sound-ranging initiatives of W. L. Bragg in the first World War. But there was no mention of W. L. Bragg either; maybe that is a too-specific contribution for me to expect. But Bellamy’s book has introduced me to J. D. Bernal’s 1958 book World Without War, although Bellamy gives Bernal the briefest of mentions. At page 17, Bernal is uncompromising in his analysis of the nuclear deterrent, asking that if "each [side] could destroy the other and that between them they could destroy the rest of the world, why not accept the nuclear stalemate and dismantle the whole apparatus[?]" Bernal’s book goes on to describe his vision that "Only in a world without war would there be ... the possibility ... to satisfy human needs." Indeed it is still true today; the expenditure on violence per year is USD14.8 trillion, i.e. 12.4% of the world’s GDP. Imagine what humankind could do if it would agree to peaceful objectives.

Anyway, the historical context of 50 to 100 years ago is one thing but what about now? The current era is best described in Bellamy’s Chapter 8 entitled “Towards World Peace”. The UN Charter is described and to a degree is dissected. There is clearly a specific problem of the power of a veto or "threatened vetos" of the members of the UN Security Council. This does seem a "fundamental flaw in the international security architecture" (page 185). I also agree that the "challenge isn’t to reinvent the institutional architecture but to make it work better". On the last page of Bellamy’s book (page 213) is a call to "everyone to assume some responsibility towards world peace". The final quotation goes to the UN Secretary General Ban-Ki moon in 2016:

CERN in Geneva was established not only to find out new fundamentals of physics but also as a peace project, bringing scientists of many nations together in a peaceful enterprise. This concept connects firmly with what our scientific community is doing now in facilitating the Middle East synchrotron in Jordan and helping with the African Light Source project. The IUCr itself is directly active as a promoter of these with its Light Sources for Africa, the Americas, Asia and Middle East Project (LAAAMP), which it is conducting along with the International Union of Pure and Applied Physics under the auspices of the International Council for Science. Our IUCr Congresses also require free circulation of scientists, another vital ingredient for peace. We are striving to improve ourselves with respect to gender balance within all our activities; Bellamy in multiple places in his book emphasises the importance of this for societies striving for peace. As crystallographers we can then all take many direct roles as our contributions towards Peace in the World.