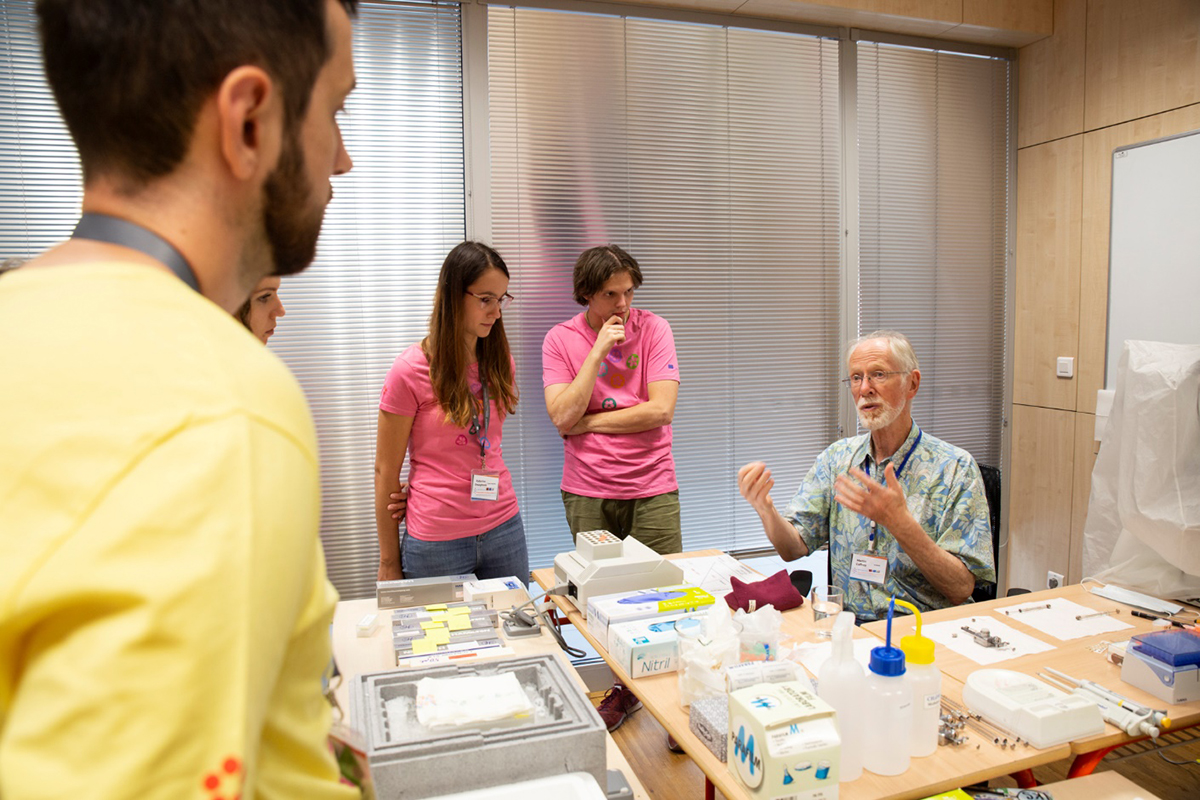 The ninth FEBS practical crystallization course "Advanced methods in macromolecular crystallization“ was planned to take place in Nove Hrady, Czech Republic, in May 2020. This was not possible due to the COVID-19 pandemic and, after a further postponement (October 2020), the final course date was set as 9–14 August 2021. This change also affected the choice of location, which was moved by about 30 km to Ceske Budejovice (Budweis), at the Faculty of Sciences of the University of South Bohemia. What did not change was the large amount of interest shown by students and postdocs in participating in the course, and the dedication and enthusiasm of the lecturers, tutors and organizers.

Ivana Kutá Smatanová (University of South Bohemia), Pavlina Řezáčová (Czech Academy of Sciences), Jeroen R. Mesters (University of Lübeck, Germany) and José A. Gavira (National Research Council & University of Granada, Spain) organized the course under the auspices and main support of the Federation of European Biochemical Societies (FEBS). In addition, eight companies sponsored the course mainly by providing their equipment and required material for the lab exercises and also by partially covering the registration fee of five selected students (YTF FEBS grant and a grant from the Czech Society for Structural Biology). 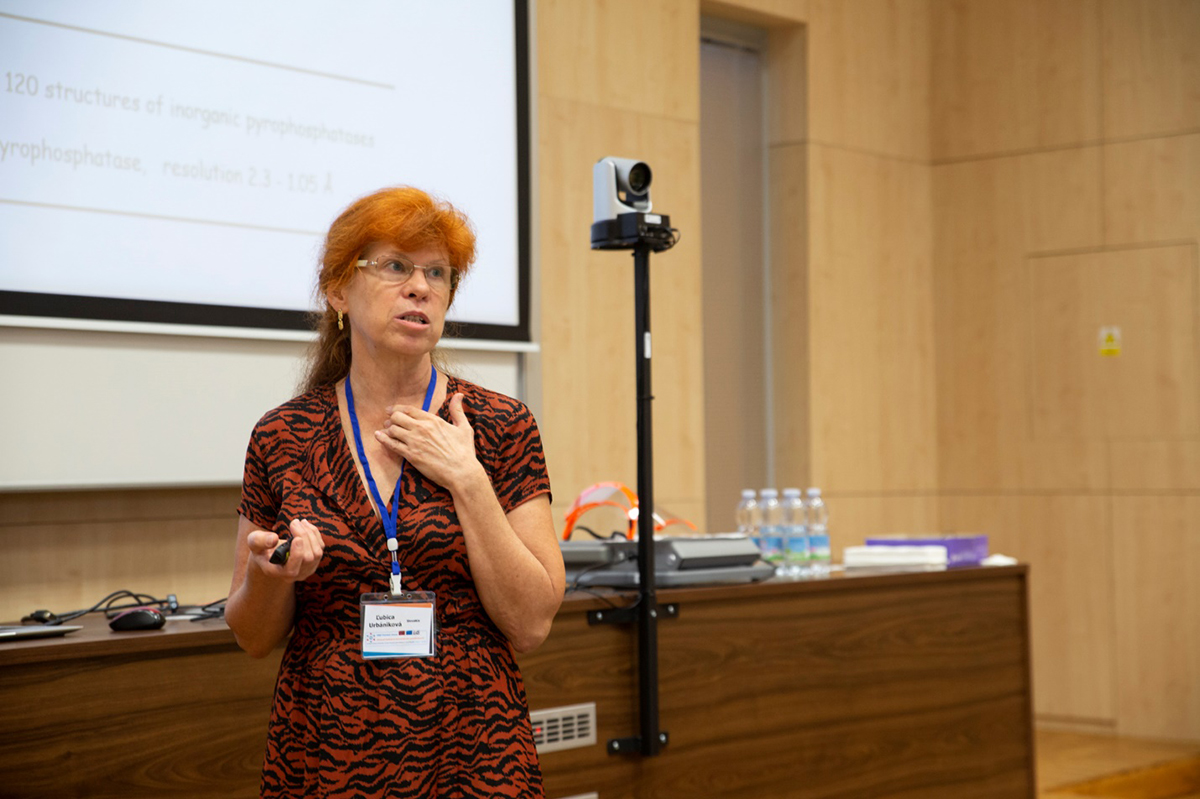 In the lecture hall: Lubica Urbanikova (Slovak Academy of Sciences, Bratislava, Slovakia) explains to participants that the nature of the protein is the most important variable during crystallization. Photo: Petr Pachl.

The course gathered 28 speakers/tutors from 11 different countries (11 female and 17 male) with outstanding records in the fields of protein crystallization and crystallography. They delivered 27 morning and 4 evening lectures to 25 students (12 female and 13 male). The course was opened with welcome speeches from the Vice-Chancellor of the University of South Bohemia, Professor Tomas Machula; the Dean of the Faculty of Science of the University of South Bohemia, Professor Hana Santruckova; and a FEBS representative, Professor Libor Grubhoffer. After the ceremony, the participants – PhD students and postdocs – were introduced to some of the advanced methods of protein crystallization. The first day ended with a welcome party in which the students had the opportunity to introduce themselves to the speakers on a 1:1 basis. The course followed from Tuesday to Friday with a very intense and packed agenda from morning (08:30) to night, with lectures and lab exercises covering everything from biophysical techniques used for the analysis of protein properties and sample quality before crystallization (DLS, protein labeling, etc.) to protein crystallization screening, crystal improvement, in vivo crystallization, etc. The students were able to perform experiments on their own proteins or use model proteins. 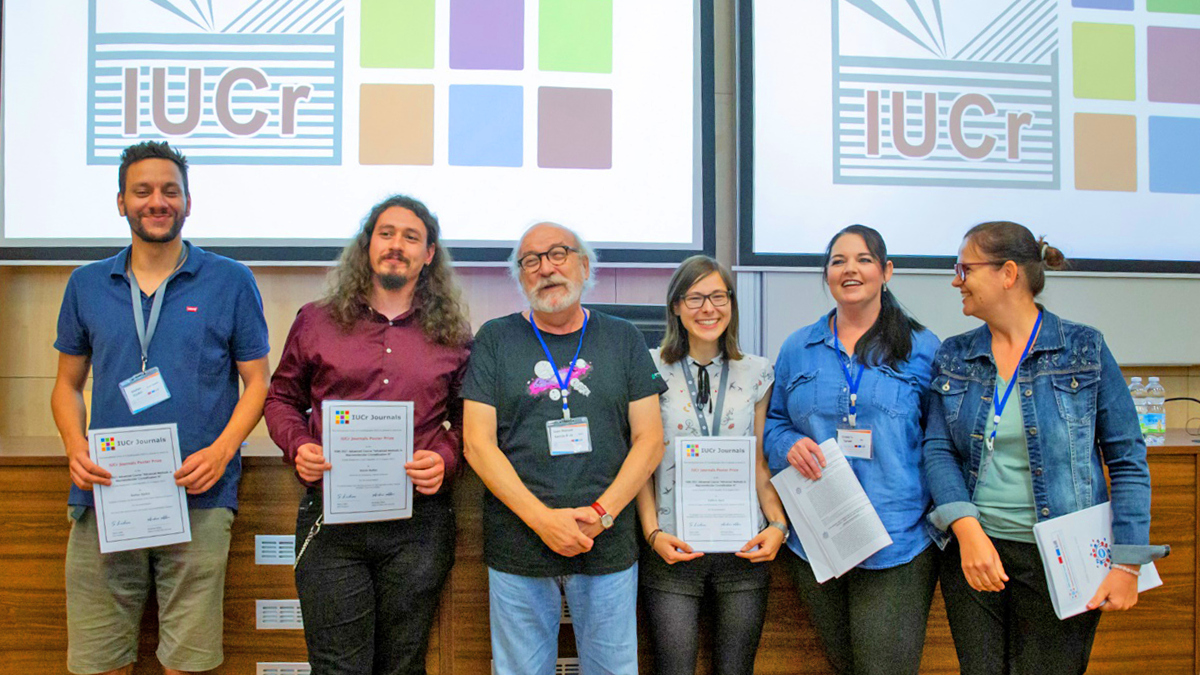 Time was allocated for poster sessions and discussions with the speakers. Three students’ posters were awarded IUCr Journals poster prizes, which were presented in a short lecture during the closing ceremony on Friday. Saturday morning was devoted to crystal observation and final evaluation of the practical results.

We would like to finish by thanking not only FEBS and the sponsors for keeping this course alive but also all the speaker/tutors, who really contributed to the very friendly atmosphere during the whole week.