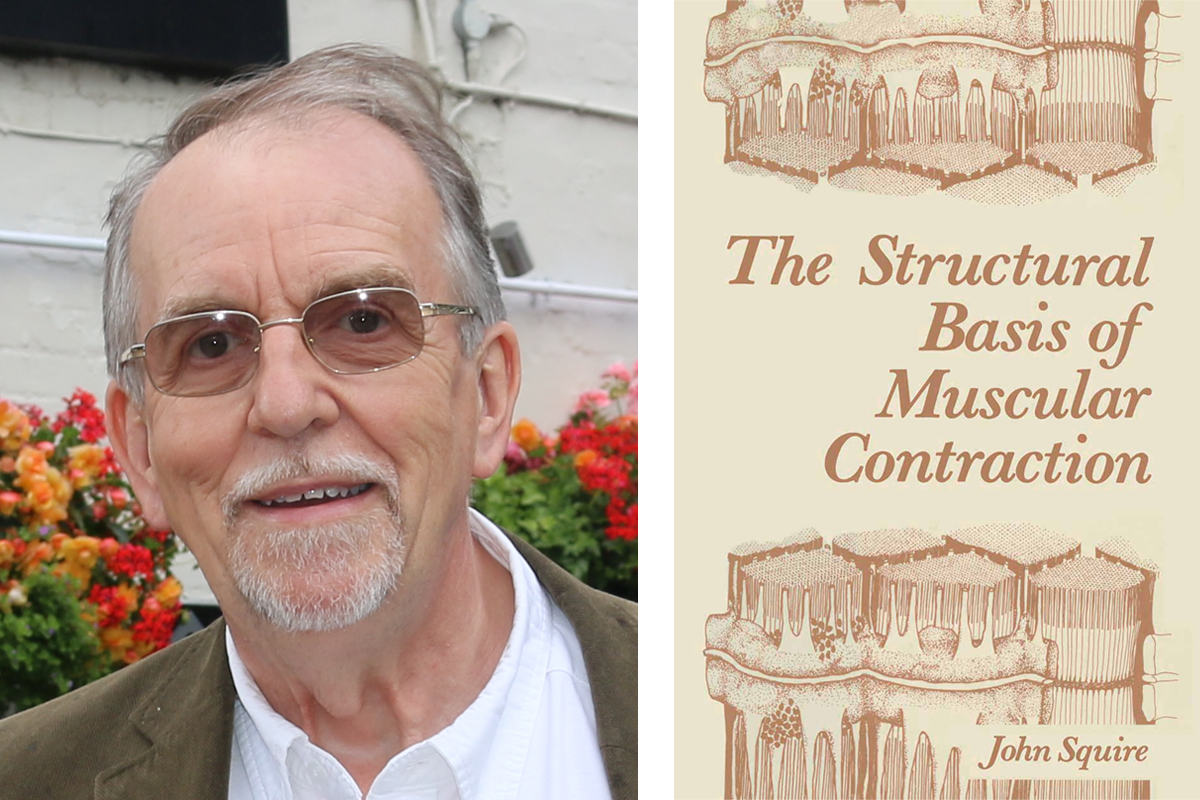 It was with great sadness that we learnt of the death of John Squire, Professor of Structural Biophysics in the University of London, UK, and Visiting Professor at Imperial College, London, UK.

Professor John Michael Squire (BSc, PhD, CPhys, FInstP, CBiol, FSB) was internationally renowned for his research on the structural basis of muscle contraction. He joined Imperial College in 1972 where he established the Biopolymer Group within the Department of Metallurgy and Materials Science. He subsequently moved to the newly formed Biophysics Section in the Department of Physics in 1984, becoming a Reader and then Professor in 1995. In 1999 he became Head of the Biological Structure and Function Section within the newly established Division of Biomedical Sciences located in the Sir Alexander Fleming Building. After his official retirement in 2006 he maintained a strong and active interest in research through his ongoing affiliations with Imperial College and the University of Bristol, publishing his most recent paper in 2020.

John passed away on 31 January 2021, a victim of the deadly SARS-CoV-2 virus which has been causing havoc around the world since the start of 2020. John is survived by his wife, Melanie, their four daughters and ten grandchildren.

Over a research career of 51 years John established himself as a leader in the field of muscle research. Early in his career he introduced many of the key concepts in the field including the steric blocking model of thin filament regulation (with David Parry) and a general model for assembly of myosin filaments from the constituent myosin molecules (published in 1971, but only fully verified in recent years with the aid of new technology). Subsequently, using a combination of X-ray fibre diffraction and electron microscopy, he identified the particular structural features of bony fish muscle which make this an especially suitable system with which to observe the individual molecular steps by which muscles contract. Over a number of years, he proceeded to exploit this system to build up a detailed structural model of the mechanism of muscle contraction which he termed Muscle the Movie.

John’s research on muscle contraction and related areas such as the blood vessel glycocalyx formed the basis of a substantial body of more than 250 publications. Alongside his primary research papers he also wrote many reviews and book chapters. Of particular note is his 700-page book: The Structural Basis of Muscle Contraction, which was published in 1981 but still remains one of the best and most comprehensive introductions to the field.

John was also well known for his leadership within the scientific community. He founded and chaired the Collaborative Computational Project 13 (CCP13) which developed and supported software for the analysis of X-ray fibre diffraction data. He set up and organised scientific meetings including the Imperial Muscle Initiative meetings and, together with David Parry, a series of international workshops on Coiled-Coils, Collagen and Co-proteins which were held every four years in Alpbach, Austria. John was a member of the British Crystallography Association (BCA), and a member of the BCA Council and Editor of Crystallography News from 1987 to 1995.

Throughout his time at Imperial College, John ran a thriving research group drawn from a wide range of nationalities and cultures. Within the group he fostered a supportive environment frequently leading to enduring friendships. The group and family members were regularly invited round to John and Melanie’s house in Egham to a series of parties in their beautiful garden at which somehow the sun always seemed to shine. Many of his former students and postdocs who went on to build their own careers in science continued to work with him on collaborative projects. Additionally, he maintained a substantial network of collaborations with scientists all over the world. That so many were happy to continue to do science with John in this way serves as a testament both to the esteem in which he was held scientifically and to the fact that he was a pleasure to work with.

Ed Morris has recently retired from the Institute of Cancer Research, London, UK, and Pradeep Luther is at Imperial College London, UK.