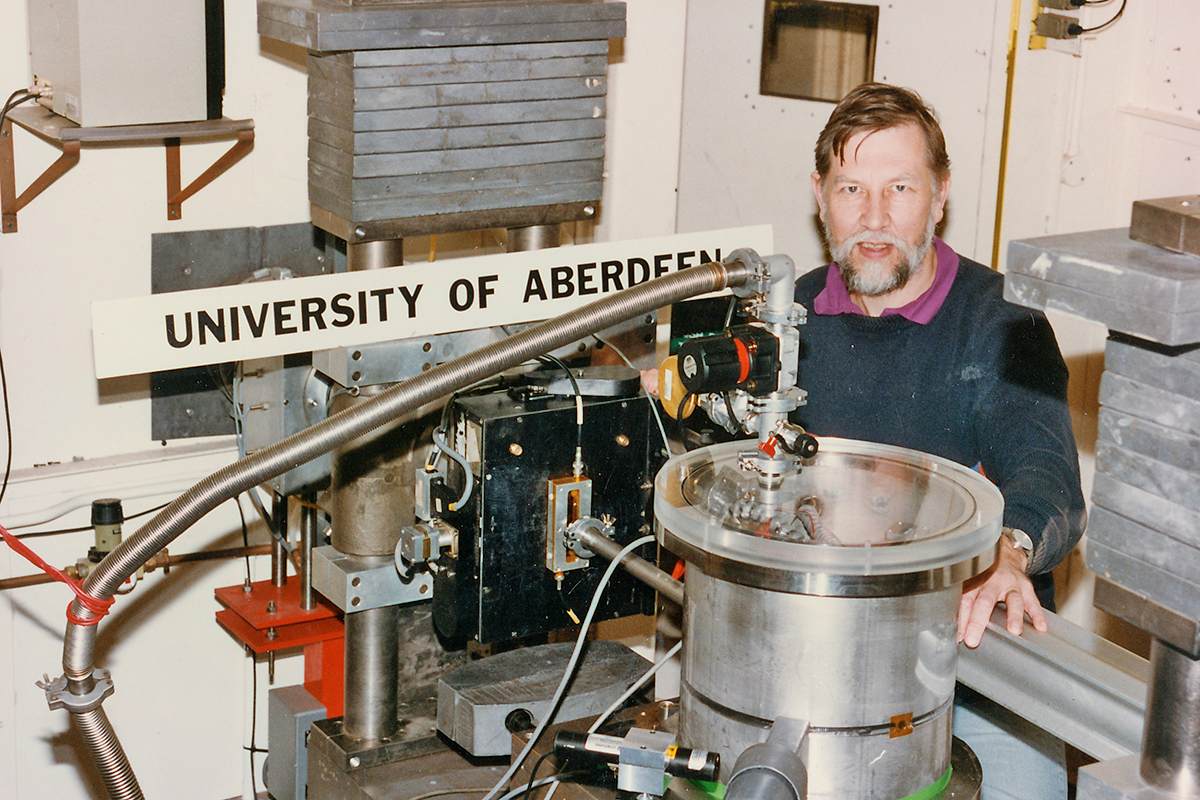 Crystallography was one of the many and varied subjects that John Reid taught at the Natural Philosophy (alias Physics) Department of the ancient University of Aberdeen, UK. He was born in wartime Chorleywood (North London) in 1942, and after his early schooling, he was sent as a boarder to Robert Gordon’s College, Aberdeen. Aberdeen was where he spent the rest of his life, graduating three times at the University and becoming, in turn, Assistant Lecturer, Lecturer and Senior Lecturer in Natural Philosophy. He had an unusual combination of degrees and an impressive collection of professional fellowships: BSc, MLitt, PhD, FRAS, FRMetS, FInstP, CPhys. He had a keen interest in astronomy, meteorology and the history of physics, and he was a founder member of the Scientific Instrument Society. He was Curator of the Natural Philosophy Collection of Historic Scientific Instruments in Aberdeen. It was while demonstrating practical physics in one of the teaching laboratories that he met the undergraduate who later became his wife. Their joint interests in astronomy and navigation were useful practical skills in pursuing their love of sailing.

John’s father had survived the World War I trenches of Belgium and France, and was later a business accountant, who loved carpentry. His mother had been a secretary. They lived in a house with plenty of books, which included volumes in French, German, Italian, Gaelic and Russian. It was aged 10 that he made his first valve radio and while at Robert Gordon’s College, John made crystal sets (wireless receivers); he indulged in photography; and he constructed and flew model aircraft. He excelled at mathematics, science and geography. When his father retired from his London job, the whole family settled in Aberdeen. John became an active member of the Aberdeen Amateur Radio Society. 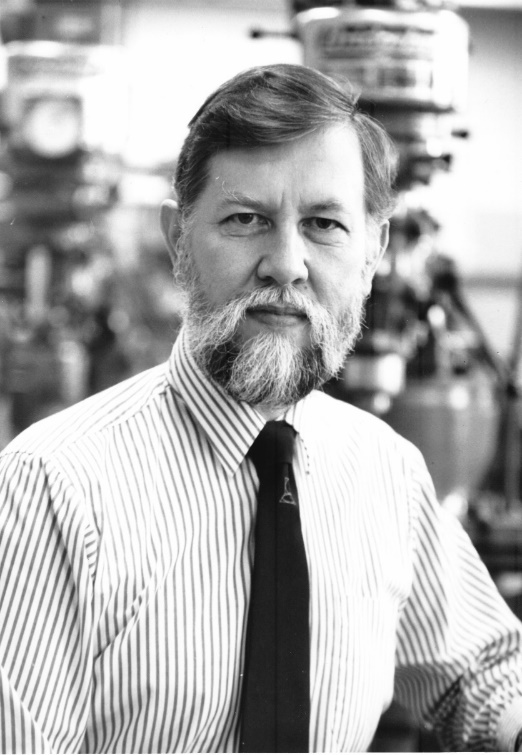 John’s PhD topic concerned the analysis of atomic motions in crystals derived from observations of diffuse X-ray scattering. This introduced him to a lifelong interest in diffuse scattering and the information that could be extracted from it. His initial calculations were performed in Algol 60 on an Elliott 803 computer, starting with the 1-phonon scattering in sodium chloride (NaCl). Later, he also used a triple-axis spectrometer at the PLUTO reactor at Harwell to study neutron scattering from huge sodium bromide (NaBr) crystals, which had been grown by ‘Dai’ Jones at Aberdeen. Together with Dr John Pirie and others, he developed the equipment necessary for a comprehensive study of energy-dispersive diffuse X-ray scattering using synchrotron radiation at the Daresbury Laboratory. For over 30 years he was a regular attendee at the triennial International Union of Crystallography Congresses. He published 16 papers in Acta Crystallographica and the Journal of Applied Crystallography, all related to diffuse scattering. His 1995 paper, “The analytical calculation of absorption in multifaceted crystals”, has over 1000 citations (and counting!) on researchgate.net.

John retired from the University of Aberdeen in 2007, but continued his lifelong love of physics and the history of science. He continued to curate the nationally recognised Historical Scientific Instruments Collection at Marischal College, ran the Aberdeen Mechanical Society and was an active member of the Scientific Instruments Society (of which he had been a founder member, in 1983).

In his latter days, John bravely fought two cancers. He will be greatly missed by his family and friends, and by all those whom he taught at Aberdeen over a period of 50 years.