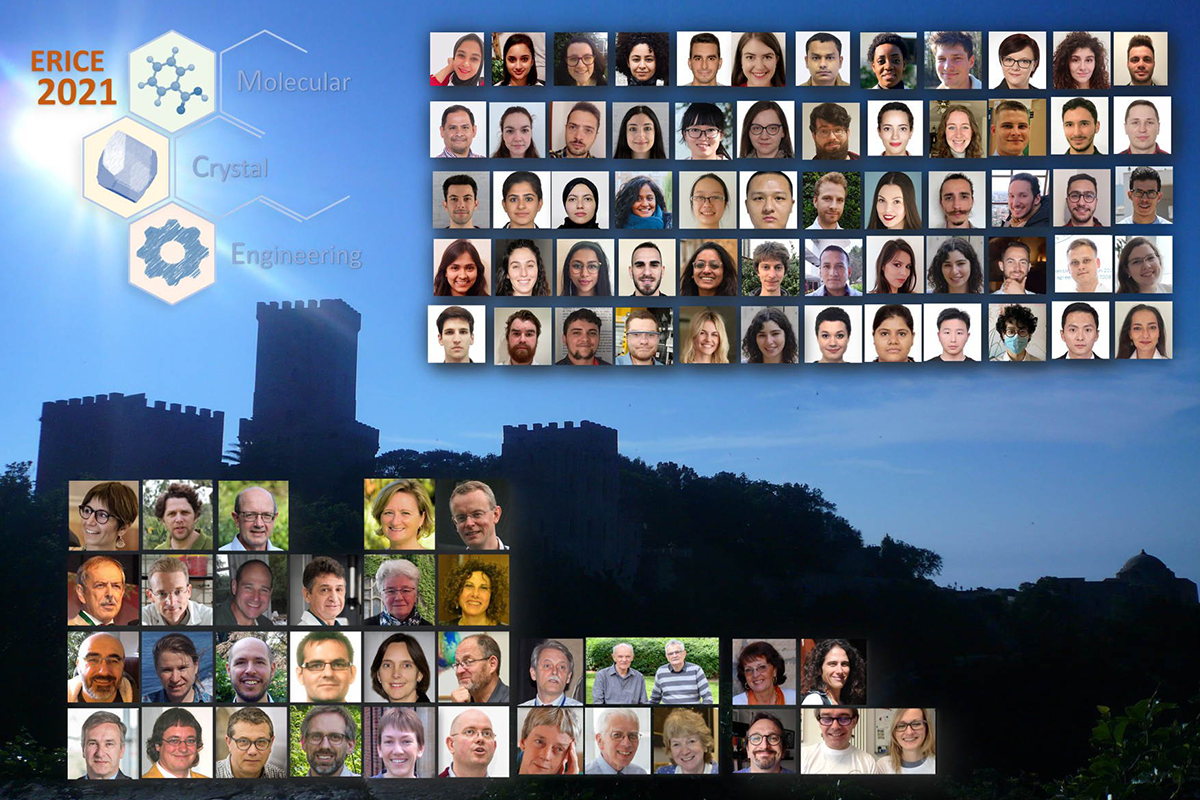 The Erice21 participants "at" Venus Castle.

The organization of a course on Molecular Crystal Engineering began in 2015 with the aim to continue the series on the topic initiated in Erice in 1995. The course was originally planned to be delivered in the usual venue of the Ettore Majorana Centre in Erice. Due to the on-going COVID-19 pandemic and the gathering/travel restrictions associated with it, the course was delivered online instead.

The online version was scheduled taking into account several aspects: to allow for the different time zones of the participants, to avoid long periods in front of the screen and to convey the spirit of Erice. In light of these points, the official online school was restricted to 31 May–4 June 2021 with only a four-hour section per day but, to ensure a high-quality school, lectures were prerecorded and distributed to the participants three weeks before the official opening day while during the official meeting, discussion was favored. A “Preparation” week was also introduced from 24 to 28 May; during this week the students met daily in small groups to discuss each of the recorded lectures and to collect questions. The questions were then passed to the lecturers and addressed during the live-streamed sessions from 31 May to 4 June. These meetings were facilitated by the “orange scarves”, selected students appointed to help with organization. Each day was dedicated to a specific theme: Theory, Solid Forms, Analysis, Properties, Applications.

The scientific program was delivered by 23 lecturers chosen for their academic reputation as leaders in their respective field. Additionally, six outstanding guest speakers (Professors Angelo Gavezzotti, Mier Lahav, Lesley Leiserowitz, Carol Brock, Judith Howard and Bruce Foxman) gave an historic perspective on crystallography to the younger participants. In the “Preparation” week, two workshops were delivered by the CCDC.

Each day was concluded by a Panel Discussion amongst the speakers open to additional questions from the participants.

Participants were selected according to a set of criteria that guaranteed a diverse representation. Gender and geographical balance were pursued. Applicants in their mid/final years of a PhD were favored to ensure their active participation in the scientific discussion. A total of 36 participants presented their work during 2 poster sessions. Each presenter introduced their work with a 1 minute pre-recorded video presentation. 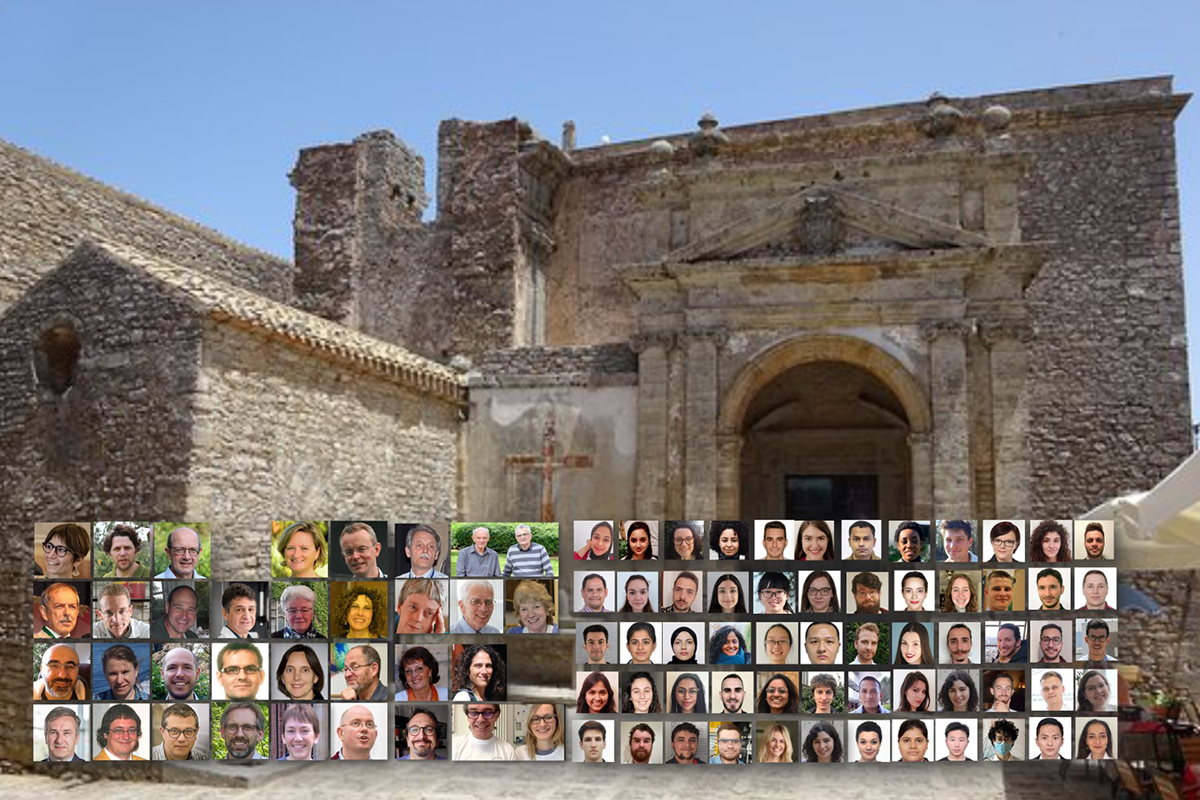 During the closing ceremony, poster prizes were awarded, supported by ELDICO, CrystEngComm and the International School of Crystallography. The prizes were awarded to Avital Wagner (Ben Gurion University, Israel), Divya Amin (UCL, UK) and Torvid Feiler (BAM, Germany), respectively. In addition, the Lodovico Prize was awarded to Marco Bardini (University of Mons, Belgium). At the end of the course, a questionnaire was circulated amongst all the participants with a 75% response rate. Overall, 37% of the responders ranked the course as the best online event in which they had participated, and an additional 52% ranked it amongst the best. In particular, the students really appreciated the opportunity to meet during the “Preparation” week, which helped make their participation in the school more fruitful.

IUCr funds were used to partially cover the cost of the set up of the online platform for the lectures and the poster sessions, and to allow the participation of four PhD students from Argentina, Estonia, Mexico and Morocco.