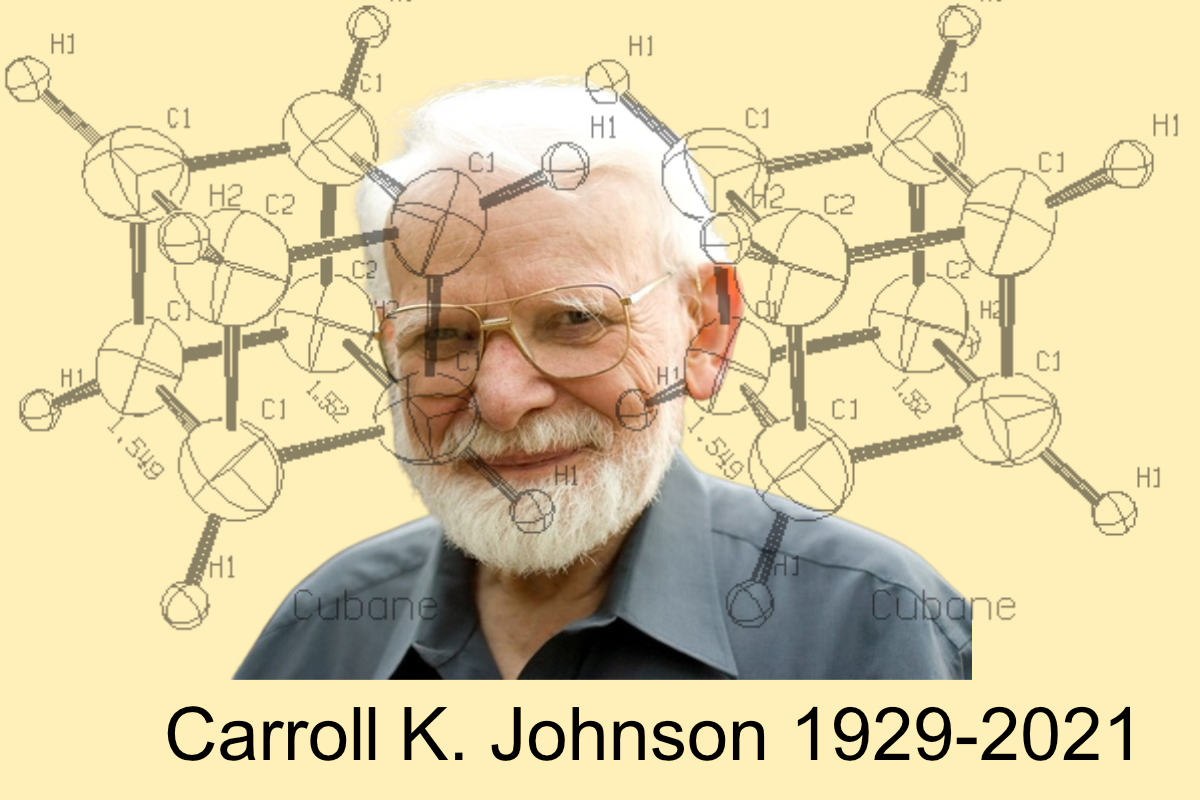 He was a native of Colorado and started a pre-med program in 1947 at the University of Colorado, which was put on hold by four years in the United States Marine Corps, which included a year in the Korean war. Afterward, he completed a BS degree in Animal Nutrition and Physiology (1955) from Colorado State University. He went on to complete a PhD degree in Biophysics (1959) at MIT, doing his thesis on polypeptide packing studied by X-ray diffraction. After that, he did a postdoc (1959–1962) at the Institute for Cancer Research (now the Fox Chase Cancer Center), Philadelphia, with Lindo Patterson, whose group at that time included Jenny Glusker, Dick van der Helm, Max Taylor, Eric Gabe and Jean Minkin. During his postdoctoral work in Philadelphia, he began working on the computer program for plotting atomic thermal ellipsoids, which he later finished at ORNL. 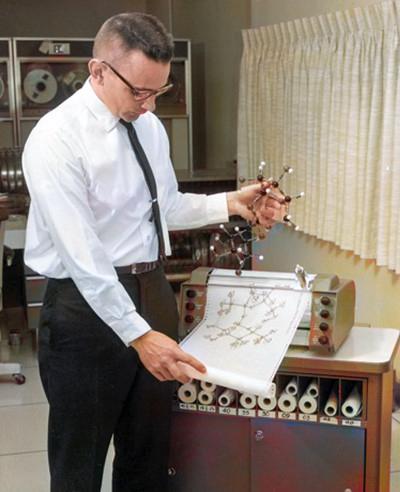 Carroll started at ORNL in 1962, beginning as a postdoctoral assistant working on neutron diffraction in Henri Levy’s group. After converting to a staff scientist, he spent his entire professional career in the Chemistry Division at ORNL, retiring in 1996. Over the years at ORNL, his immediate colleagues and his group’s mission changed a lot. In the early days, he worked with Henri Levy, Bill Busing and George Brown. Later he worked with Michael Burnett on many programming applications. He was an independent thinker, mathematically inclined, and pursued projects always at the forefront and often beyond current thinking. Carroll Johnson’s scientific success grew markedly with the publication of his most celebrated computer program, ORTEP (Oak Ridge Thermal-Ellipsoid Plot Program). This rapidly became a favorite of crystallographers and protein crystallographers to make illustrations of crystal structures for conference presentations and publications. ORTEP was first released in an ORNL Technical Report in 1965; see historical note https://www.umass.edu/molvis/francoeur/ortep/ortepnews.html. A key strength of ORTEP was its capacity to generate stereoscopic images automatically. ORTEP 2 was released in 1976 and ORTEP 3 in 1996. The latter is still available from the official ORTEP website, https://ornl-ndav.github.io/ortep/ortep.html. ORTEP is one of the most cited and miscited publications in crystallography, with over 30,000 citations. ORTEP even is commonly used as a word for a crystal structure drawing with atomic displacement ellipsoids, whether it was made with ORTEP or not. A Google search on “ORTEP” returns 798,000 hits. Atomic displacement ellipsoid drawing options are now standard in all the major crystal and molecular structure drawing programs. Carroll was an expert on thermal motion analysis as studied by diffraction and sought better and new ways to use this aspect of crystal structure analysis.

Bill Busing, Henri Levy, Hal Smith and Pete Peterson had built and were operating a three-circle neutron diffractometer at the Oak Ridge Research Reactor for several years working on chemical crystallography prior to Carroll Johnson’s arrival at ORNL. Data collection by that diffractometer was controlled by a computer program run on the ORACLE (an early main-frame computer at ORNL), which prepared a paper punch control tape conveying the angle settings to the motors. The intensities were also recorded on paper punch tape. When minicomputers became available in 1965, Busing and Levy programmed a PDP-5 computer to control a four-circle Picker diffractometer, first as an X-ray instrument and then as a neutron instrument at ORNL’s High Flux Isotope Reactor (HFIR), which had just started operating. Seminal crystal structural studies of hydrogen-containing compounds were done with the HFIR diffractometer. Still, the science it could do was limited because no low-temperature sample cooling device was available on the instrument. The HFIR four-circle diffractometer was operated only intermittently through the 1980s. After a 3+ year safety review shutdown of HFIR ending in 1990, Carroll Johnson and Michael Burnett upgraded the neutron diffractometer at HFIR, with a new Huber goniometer, a low-temperature sample stage (5–300K), and a new 7-pixel array detector. I was responsible for the powder diffractometer at HFIR at that time but was interested in doing structural studies with single crystals as well, so I worked with Carroll to learn as much as I could about the operation of his single-crystal diffractometer. The interest in single-crystal neutron diffraction studies by the Chemistry Division kept dwindling with each retirement and passing of Levy’s old group members. Carroll had been the youngster in that group when he started, but now he was ready for a change: retirement was next, and it was at that time that he transferred the HFIR four-circle diffractometer to me in the neutron scattering group. Since then, we have upgraded that instrument multiple times, and it has grown with the help of a new younger generation of scientists hired in the ORNL Neutron Scattering Division to be extremely productive doing research in materials physics and chemistry. I thank Carroll for setting us on that course.

The American Crystallographic Association was his professional society home. He began attending ACA meetings in 1964 and, with few exceptions, attended all their meetings until he retired, and some after that. The ACA was an extended family for him, and he often planned family vacations around the annual meetings, bringing along Carol, his wife, and his children, which numbered five in the end. He gave back to the ACA by presenting many talks and posters, serving on the Crystallographic Computing Committee in 1965–1967, then as President-elect in 1976, President in 1977, Past-President in 1978, and Chairing the General Interest Special Interest Group 1994–1996.

Carroll Johnson was married to Carol for 69 years and had five children, ten grandchildren and seven great-grandchildren. His family especially enjoyed how his curiosity and inquisitiveness were not limited to his work and touched all aspects of his life.