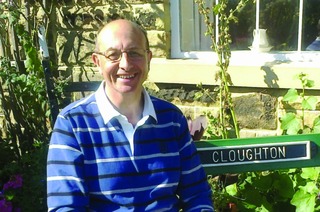 The 8th Max Perutz Prize of the European Crystallographic Association has been awarded to John R. Helliwell, Emeritus Professor of Chemistry, U. of Manchester, UK, for his long, generous and fruitful dedication to developing all aspects of the use of synchrotron radiation for crystallography.

John Helliwell received his undergraduate degree in physics in York, taught by Michael Woolfson and Peter Main. He then embarked on a PhD in protein crystallography at Oxford U., supervised by Margaret Adams. He was mentored by Charlie Bugg and Guy Dodson in the laboratories of Dorothy Hodgkin and David Phillips. He has been Professor of Structural Chemistry at the U. of Manchester from 1989 till 2012 and he is now Emeritus Professor of Chemistry.

John has given significant support to the global development of synchrotron and neutron facilities through his research publications, his books and his extensive advisory committee work. He led the development of the world's first dedicated protein crystallography beamlines at SRS Daresbury and in the 1980s he developed the instrumentation and methods that allowed the collection of the first broad-band Laue diffraction patterns for protein and virus crystals using synchrotron radiation. Using this method he carried out a pioneering time-resolved study of enzyme action on hydroxymethylbilane synthase. Later John developed an innovative combination of biochemistry, spectroscopy, microscopy, protein crystallography and small-angle scattering to study the crustacyanins, chromophoric proteins that are responsible for the coloration of lobster shells. John also pioneered some of the first developments of synchrotron radiation for phasing based on optimised anomalous scattering. He began the investigations of the effects of radiation damage and its potential use for phasing and he has recently demonstrated the use of MAD phasing for ab initio structure determination from powder diffraction data.

John Helliwell has also made major contributions serving the global crystallographic community through numerous Advisory Committee responsibilities to ensure a speedy and effective growth at as many synchrotrons and neutron facilities as possible; he was also the first Chair of the IUCr's Commission on Synchrotron Radiation. He was president of the European Crystallographic Association (2006-2009) and served as Editor-in-Chief of the IUCr journals (1996-2005).

In addition to his pioneering achievements and to the key role he played in the development of experimental beamlines for structural biology worldwide, John has trained a generation of crystallographers through the many students that he supervised, including some of the finest of the world's beamline scientists, and is constantly engaged in outreach of the science to crystallographic communities worldwide.