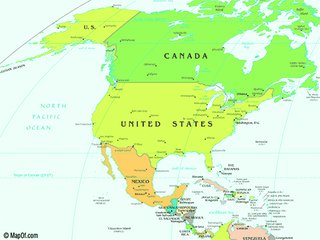 In 2013, Richard Dickerson received the ACA's Patterson Award in recognition of his ground-breaking atomic resolution structures of DNA oligomers. Alex McPherson accepted the award on Dickerson's behalf at the ACA meeting in Hawaii in 2013. Alex reviewed Dickerson's significant contributions to science, and on the eve of the International Year of Crystallography, he gave a splendid review of the history of the field. In that presentation Alex expressed the opinion that David Harker's significant contributions to the field deserved greater recognition than he had received. Alex noted Harker's major contributions, which included the Harker section heavy-atom method that made crystallography a versatile tool that hundreds could use to determine structures, the application of inequality relationships to get phases from intensities to solve one of the first boron-containing compounds and understand its chemistry, the determination of one of the first protein structures, fostering development of one of the first automatic diffractometers and probing the use of color in multi-dimensional symmetry analysis, a concept that remains to be fully exploited. 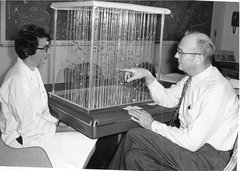 Harker's achievements were vital, perhaps essential, to the work that earned over a dozen Nobel Prizes. Herb Hauptman was so cognizant of his debt to Harker that David was the first of the five individuals that Herb invited to accompany him to Stokholm in 1985.

In his editorial preface to the inaugural issue of Acta Crystallographica in 1947, P. P Ewald wrote:
'Crystallography was transformed into an effectively new science by the discovery of X-ray diffraction in crystals in 1912. In the following two decades, an enormous development took place, forging into a practical tool what had originally been a physical experiment, and the atomic structures of hundreds of substances of ever increasing complexity were established. No second spectacular crystallographic discovery has since been made of consequences comparable with those of the original discovery of X-ray diffraction, but general progress in methods has been such as to result in opening up many new possibilities for research in the immediate future.' 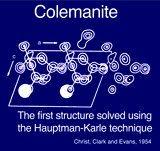 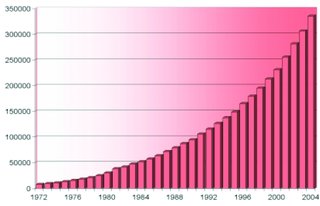 Although crystallography was in its infancy in the United States, the seeds of the second spectacular crystallographic discovery were already evident on page 7 of that first volume of Acta Cryst. in Harker and Kasper's paper entitled 'Phases of Fourier coefficients directly from crystal diffraction data'. It was this work that inspired Hauptman and Karle to embark on their development of 'Direct Methods'. The first decades of that odyssey were met by the skepticism of the entire community, including David Harker, who warned ominously and incessantly of the dreaded homometric solution. But when the method was successfully applied to determine a structure previously too complex to tackle, the skeptics became true believers and exponential growth in the number of structures determined ensued (see figure). 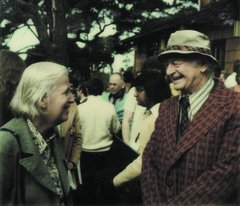 Dorothy Hodgkin with Linus Pauling in Asilomar, CA, in 1977.

Although US crystallographers were relatively late coming to the field, the first volume of Acta included papers on studies of crystal chemistry by Linus Pauling (CalTech), W. H. Zacharias (U. of Chicago), Rob Burbank, Howard Evans and Martin Buerger (MIT), Charles Fenimore (Johns Hopkins), and Rose Mooney (Tulane U.). Ralph W. G. Wyckoff (National Inst. of Health) published his first electron micrographs of viruses and R. E. Rundle of Iowa State College was looking at interstitial compounds. I trace my crystallographic roots to Rundle via Norm Baenziger, who published his first inter-metallic structure in Volume 2 of Acta Cryst.

Milestones in Canadian Crystallography have included significant contributions to programming instruments for data collection and techniques for structure refinement by crystallographers in Ottawa, including Eric Gabe and Yvon Le Page; mineral structure characterization and mineral data bank assembly by Jose and Gabrielle Donnay at McGill; the creation of the Inorganic Structure Data Bank by I. David Brown and Guenther Bergerhoff; and the completion of the first protein structure in Mike James's laboratory in Alberta. The Nobel Prize in Physics 1994 was shared by Canadian Bertram N. Brockhouse and Clifford Shull for their pioneering work on neutron and electron diffraction, respectively. A more detailed account of Canadian crystallographers and their accomplishments appeared in Volume 18#2 of the IUCr Newsletter. US pioneers in crystallographic software development included Bill Busing, Henry Levy and Carroll 'ORTEP' Johnson. 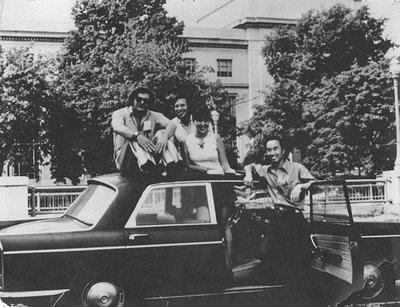 Another benchmark in our US crystallographic history was the creation of a Dept. of Crystallography at U. of Pittsburgh by George Jeffrey. Jeffrey trained more than one generation of crystallographers, developed collaborations with industry and launched a series of annual meetings to celebrate the accomplishments of crystallography. It was in Pittsburgh that three young crystallographers, Helen Berman, Ned Seeman and Sung Ho Kim, collaborated on the determination of a challenging DNA structure. Helen Berman went on to develop and eventually direct the Protein Data Bank, Ned Seeman single-handedly created the field of nanocrystallography and earned numerous awards including the 2012 Kavli Prize in Nanoscience, and Sung Ho Kim became a leader in the community of Protein Structural Biology. Recent Nobel prizes have honored determination of some of the most complex and important macromolecular structures. Tom Stietz shared the award for the ribosome determinations with the UK's Ramakrishnan and citizen of the world Ada Yonath, and Arther Kornberg was honored for his determination of the structure of RNA polymerase II. 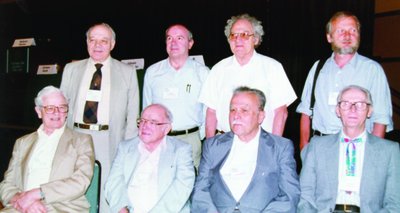 David Harker established the Crystallographic Center at Roswell Park Cancer Inst., another incubator for new crystallographic ideas and leadership. Philip Coppens founded the field of electron density analysis, and Eli Shefter was an early advocate of using crystallographic analysis to foster rational drug design. Harker and Kartha determined the crystal structure of ribonuclease at the same time that Perutz and Kendrew completed the structures of hemoglobin and myoglobin in the UK. Nobel Prizes were awarded to Perutz and Kendrew in 1962.

Much later Alex McPherson, more than any other crystallographer, demonstrated that crystal growth was neither magic nor mystical, but a science to be pursued with care and creativity. He, too, struggled for years to gain appreciation for his methods. But once he demonstrated that crystallography was more science than art, his brilliant workshops and lectures drew standing room only crowds. 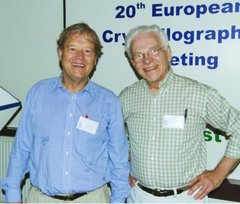 Two-dimensional image of a yeast cell (scale bar 1 µm). Hue represents the phase and brightness the amplitude of the X-ray exit wave. (D. Sayre, Crystallography Across the Sciences 2, p. 33-35)

Another US leader in the field of crystallography was David Sayre, whose tangent squared formula was crucial to the implementation of direct methods. David's brilliant mind also contributed to the development of Fortran at IBM and his vision of using X-ray diffraction to study individual cells led to the development of the X-Ray Femtosecond Electron Laser (XFEL) technique, the most recent spectacular crystallographic discovery. Certainly the names and work of other US crystallographers belong in this list and readers are encouraged to offer their prime candidates.

I have previously suggested that the future of crystallography lies in Africa, South America and South Eastern Asia. The IUCr regional affiliate, the Asian Society of Crystallography (AsCA), has already been a catalyst extending the technologies to new countries in the area. The European Regional Affiliate (ECA) has generously held meetings in South Africa and Morocco. The impending formation of a Latin American Regional affiliate of the IUCr also bodes well for the future. It may well be that the next hundred years will see spectacular crystallographic discoveries in the Southern Hemisphere.