The IYCr2014 opening symposium held in the Auditorium of the Science Council of Japan (SCJ), on January 23, 2014, was attended by 149 participants from Japan. 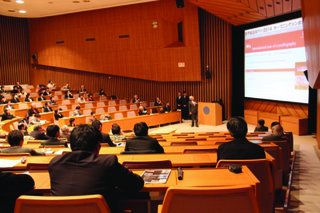 In closing, Kazue Kurihara (Tohoku U.) announced that the IYCr2014 Initiative will provide many opportunities to engage diverse science and technology communities, reaching out and building bridges to new partners in academia and industry, and building public awareness of crystallography.

Eiji Nishibori, Chair of Public Relations Committee for the Crystallographic Society of Japan