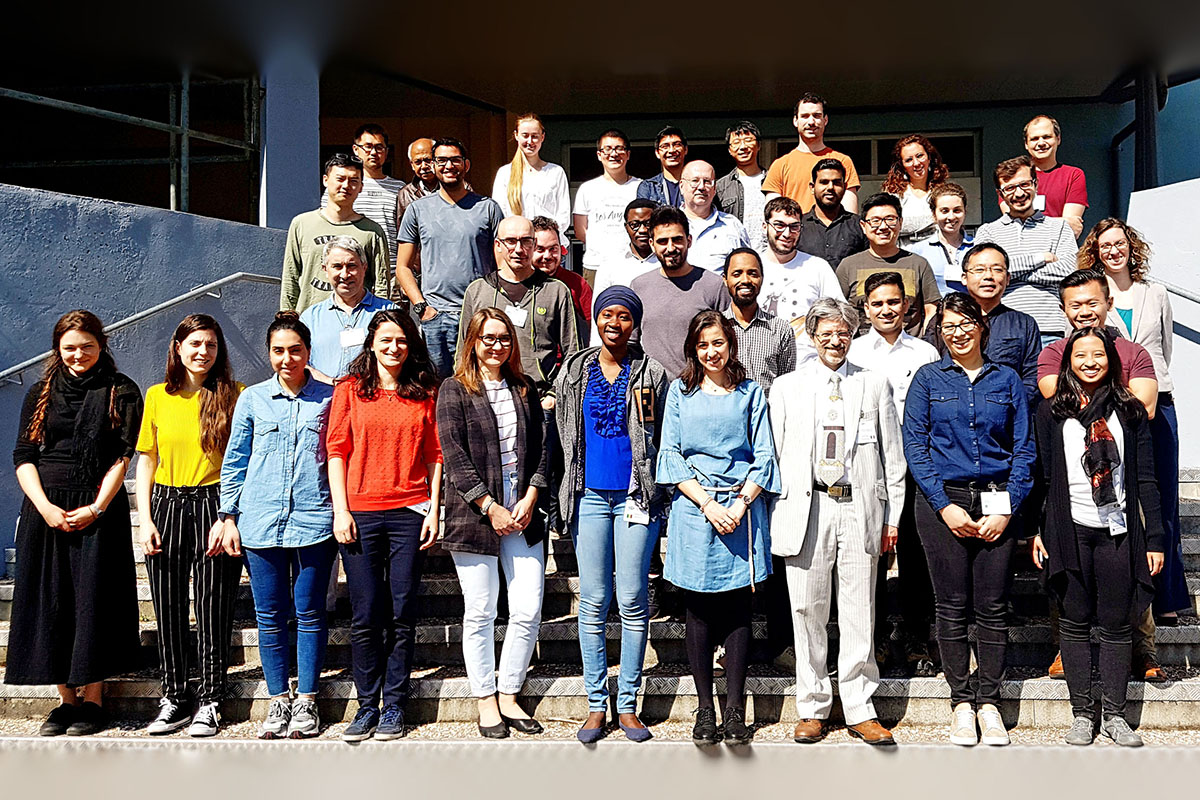 The school aimed at providing a solid background in fundamental crystallography, with special emphasis on those aspects that are taught less and less in university curricula. The first two days were entirely devoted to the fundamentals: symmetry, periodicity, lattices, point and space groups in two and three dimensions, and stereographic projection of crystal forms and orthogonal projections of space groups and equivalent atomic positions. The third and fourth days concentrated on matrix algebra applied to the description of crystal structures, crystallographic calculations, change of coordinate systems and their effect on the Hermann–Mauguin symbols of space groups, normalizers of point and space groups, equivalent descriptions of crystal structures, and group–subgroup relations of point and space groups. The theory was accompanied by exercises on the Bilbao Crystallographic Server. The last day was dedicated to reciprocal space: introduction to the reciprocal lattice, geometric interpretation and derivation of reflection conditions, symmetry considerations and restraints and constraints in structure refinement from single-crystal X-ray diffraction data. The lecturers were Massimo Nespolo (Université de Lorraine), Gemma de la Flor Martin (Karlsruhe Institute of Technology, Germany) and Benoît Guillot (Université de Lorraine), who were assisted by two tutors, Berthold Stöger (Technical University of Vienna, Austria) and Isabella Pignatelli (Université de Lorraine).

The school was attended by 40 participants representative of 20 nationalities, and of 26 institutions from 13 countries. Ten grants to students and young scientists (half of which were female) were attributed to facilitate their participation. A photo gallery is available here. Slides and didactic material are available from the school website and from the MaThCryst repository.

Forthcoming activities of the commission are announced on the MaThCryst Meetings and Schools page.