The Senegalese Crystallography Association: the walk towards its creation 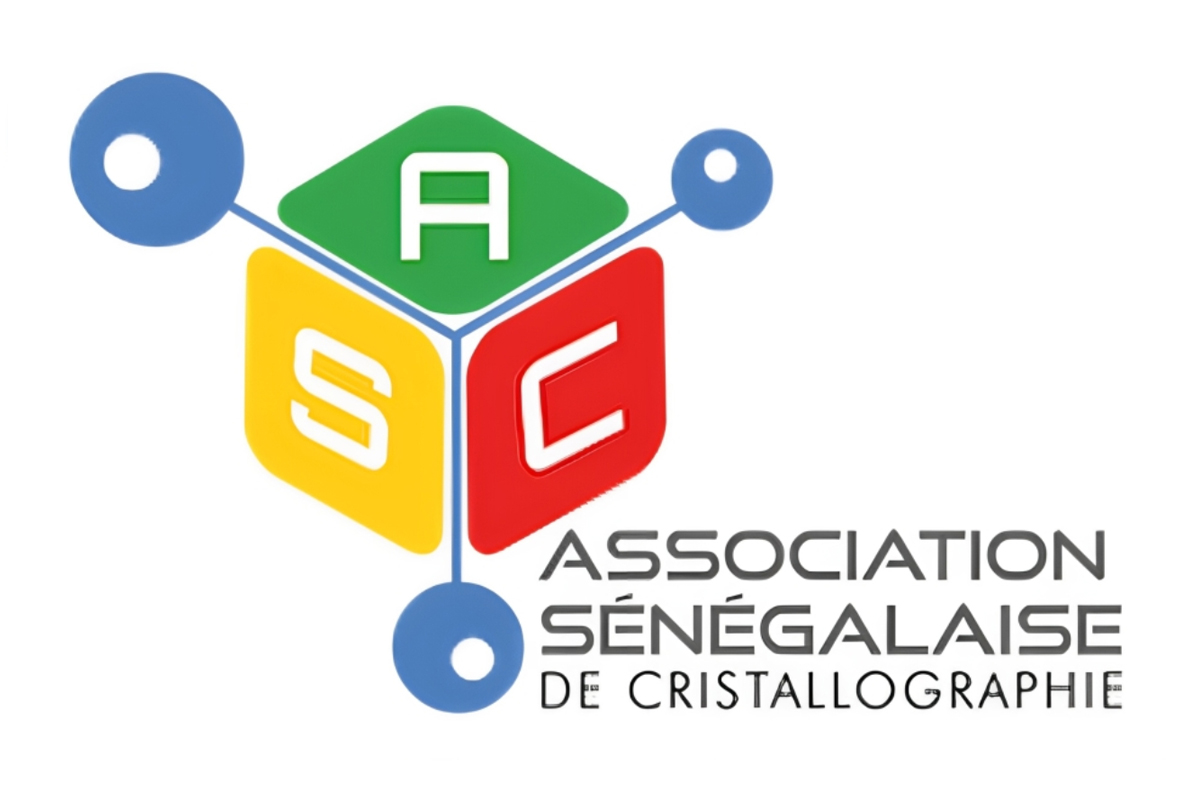 Actions leading to the launch of SCA

Two Schools on Crystallography were organized in Ziguinchor, Senegal, as part of the framework of the IUCr Africa Initiative chaired by Professor Claude Lecomte (University of Lorraine, Nancy, France).

The first School was a Travelling Lab organized from 5 to 10 October 2015 at the Assane Seck Ziguinchor University (UASZ). This first School on crystallography in Senegal had 45 participants, mostly from Senegal, but there were also participants from Benin, Burkina Faso, Ivory Coast and Madagascar. Of the participants, 65% were Masters or Doctoral students from departments of chemistry, physics or pharmacy. 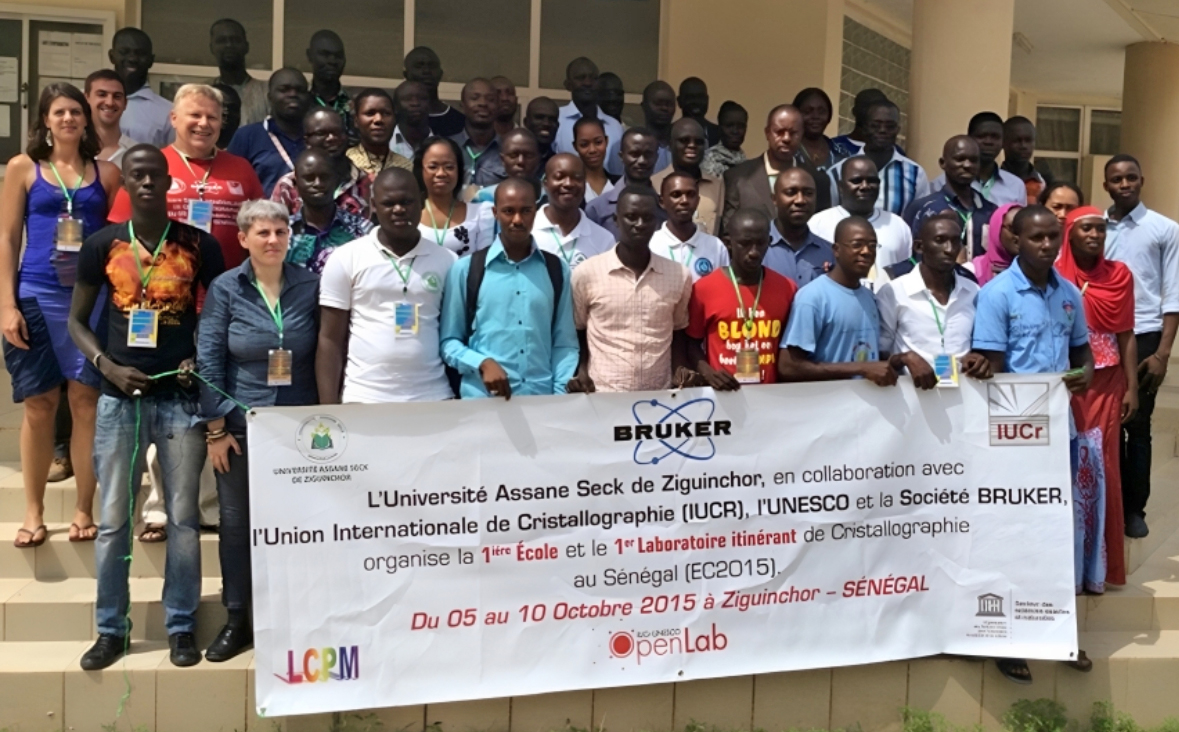 Participants in the first Travelling Lab at UASZ.

The main objective of the School was to allow young researchers, university teachers and engineers from Africa to acquire basic knowledge in X-ray diffraction and crystal structure determination through lectures and supervised tutorials. This was achieved thanks to lecturers from France and Cameroon, and the organizing committee chaired by Professor Magatte Camara. The School was supported by UNESCO, IUCr, CCDC and UASZ, as well as Bruker, which provided the diffractometers (X2S and D2 Phaser) used during the School. 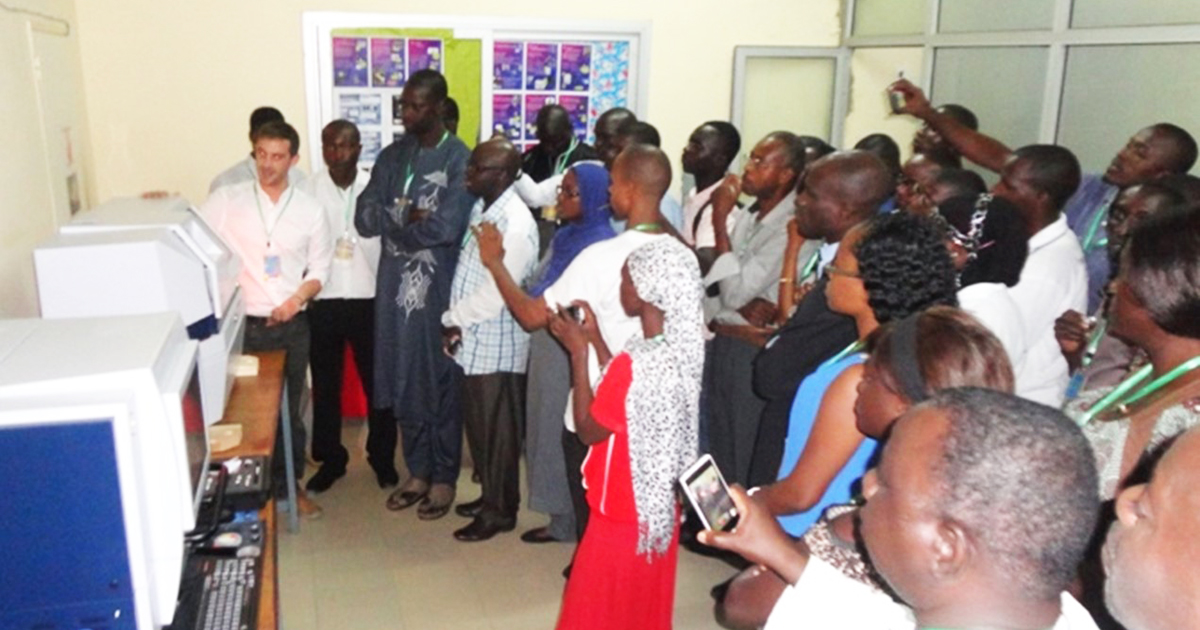 Loïc Le Dréau (from Bruker) explaining to the participants how X2S and D2 Phaser work. 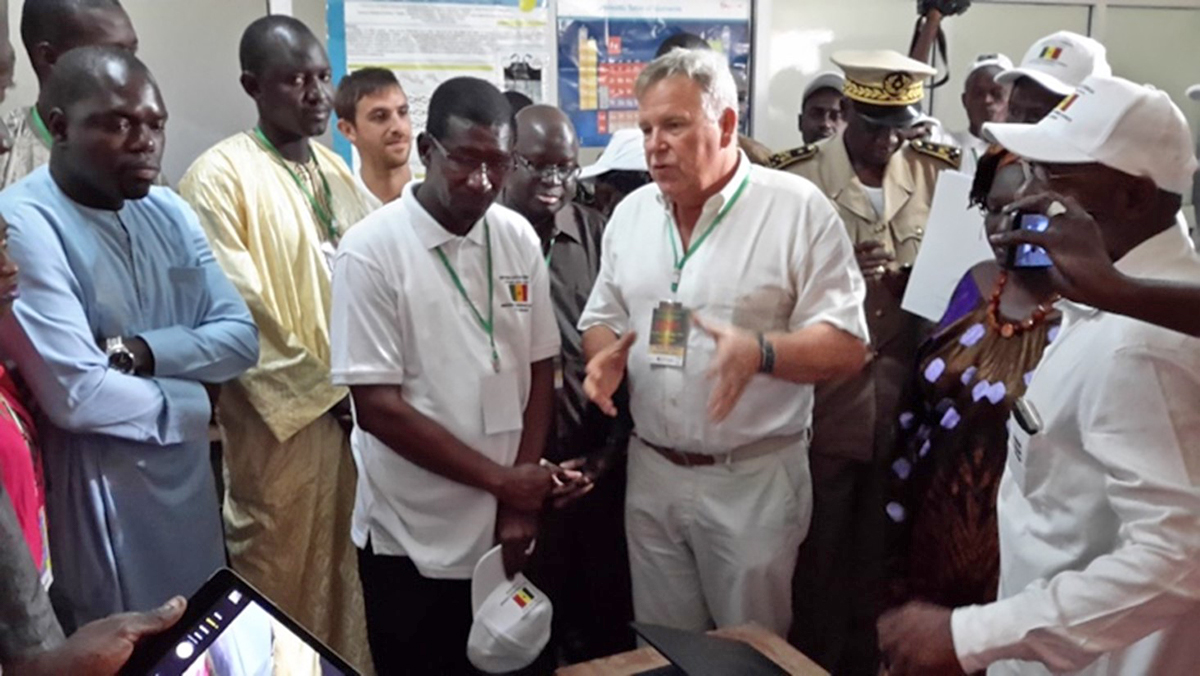 Professor Claude Lecomte in discussion with Senegal's Minister of Higher Education and Scientific Research on the necessity of supporting research activities in crystallography, which underpins other sciences.

The second School in Senegal was a Type 1 OpenLab. It was jointly organized by the IUCr, IUPAP, ITCP and the UASZ, and was held from 22 November to 2 December 2017 at Ziguinchor. It brought together 30 participants from 11 countries: Benin, Burkina Faso, Cameroon, Côte d'Ivoire, Congo Brazzaville, Democratic Republic of Congo (DRC), Gabon, Madagascar, Nigeria, Sudan and Senegal. As before, most of the participants were from Senegal. 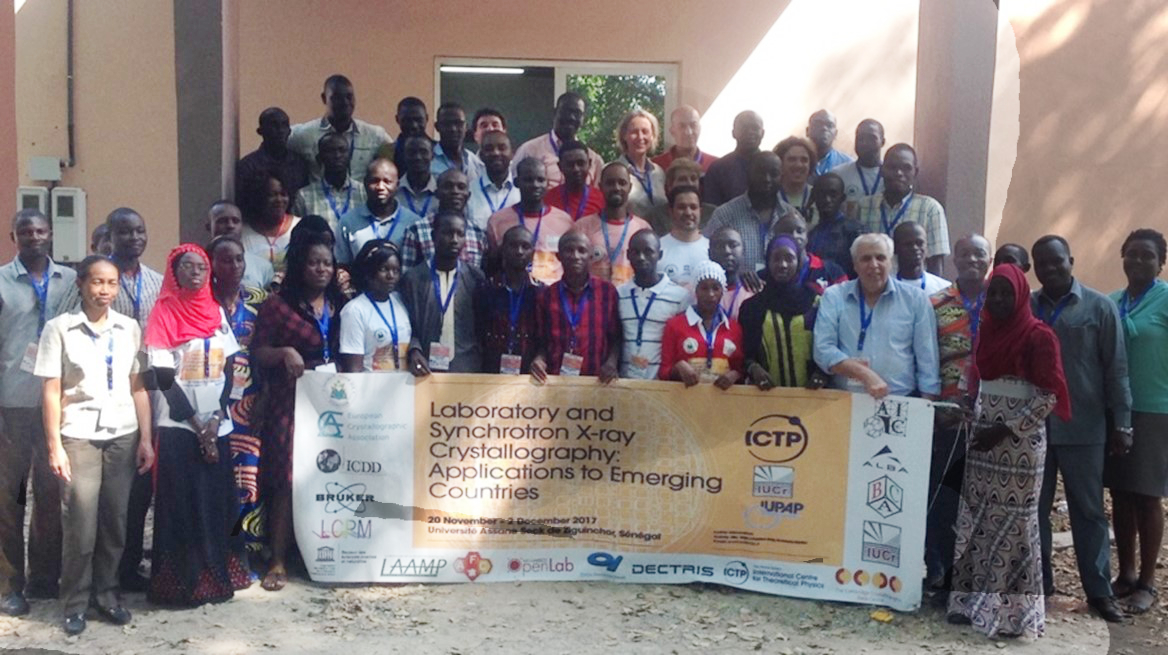 The main objective of this IUCr-IUPAP-ICTP OpenLab, which was to equip each participant with sufficient knowledge of the theory and practice of X-rays, neutron crystallography and synchrotron radiation, was achieved. Topics such as the physics of X-ray and neutron diffraction, powder and single-crystal methods, physical properties of crystals, symmetry and space groups, structural refinement, crystallographic databases, nanocrystallography, biocrystallography and synchrotron light diffraction applications were discussed during the lectures. The lecturers were from France, Italy, Cameroon and Algeria, and were invited by the scientific committee chaired by Professor Claude Lecomte. Thanks go to the sponsors of the event and the organizing committee chaired by Professor Magatte Camara.

The teaching and research activities of Senegalese researchers in crystallography

After the two Schools, in view of continuing the training of Senegalese people in the field of crystallography, and to share this knowledge with students, many aspects of this science were introduced into university programmes, and research projects around crystallography were improved. Collaborations with researchers in the field around the world were also established. Many PhD and Masters works in the field were prepared. The number of articles in IUCr journals with at least one author affiliated to an institution in Senegal from 2014 to 2023 (63 articles), compared with the number from 1948 to 2013 (57 articles), is a good illustration of the effect of this promotion of crystallography in Senegal. Also, one member of the AfCA Executive Committee, Dr Mamoudou Diallo, is from the SCA.

The participation of Senegalese researchers in crystallography conferences

Among the many activities undertaken to continue the training of Senegalese researchers in the field of crystallography, a key aspect is their participation in conferences, workshops, schools etc. Some of the conferences and workshops that researchers from Senegal attended include PCCr1 held in Dschang (Cameroon), PCCr2 in Accra (Ghana), ePCCr, various crystallographic schools organized by CRM2 (France) and the Zürich Crystallography School. 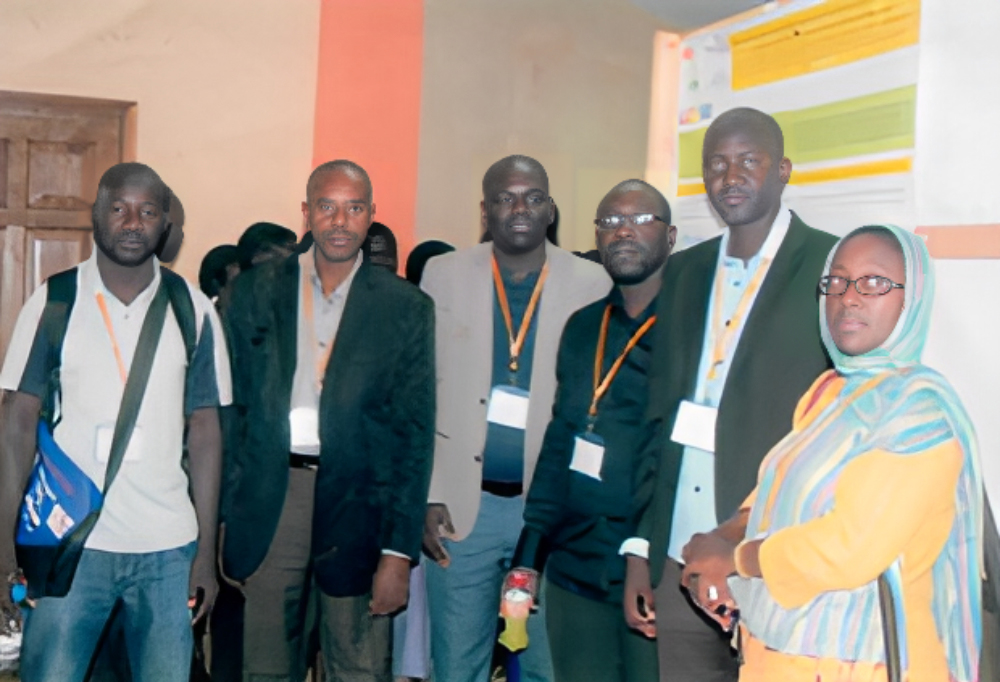 Senegalese delegation to PCCr1 at the University of Dschang, Cameroon.

The launch of the SCA, its vision and objectives

As a result of the strength of the activities mentioned above, and with the view of transforming all of them into long-term sustainable actions, Senegalese researchers recently proposed the idea of setting up an association open to Senegalese people working in crystallography or interested in the development of Senegal through this science. For this purpose, after many meetings, seven researchers from the UASZ, the University Cheikh Anta Diop of Dakar (UCAD) and the Gaston Berger University (UGB) in Saint Louis created the Senegalese Crystallography Association, and on 12 March 2022, a constitutive General Assembly with 30 scientists was organized. The statutes and by-laws of this youngest African crystallography association were approved, and the association was launched. 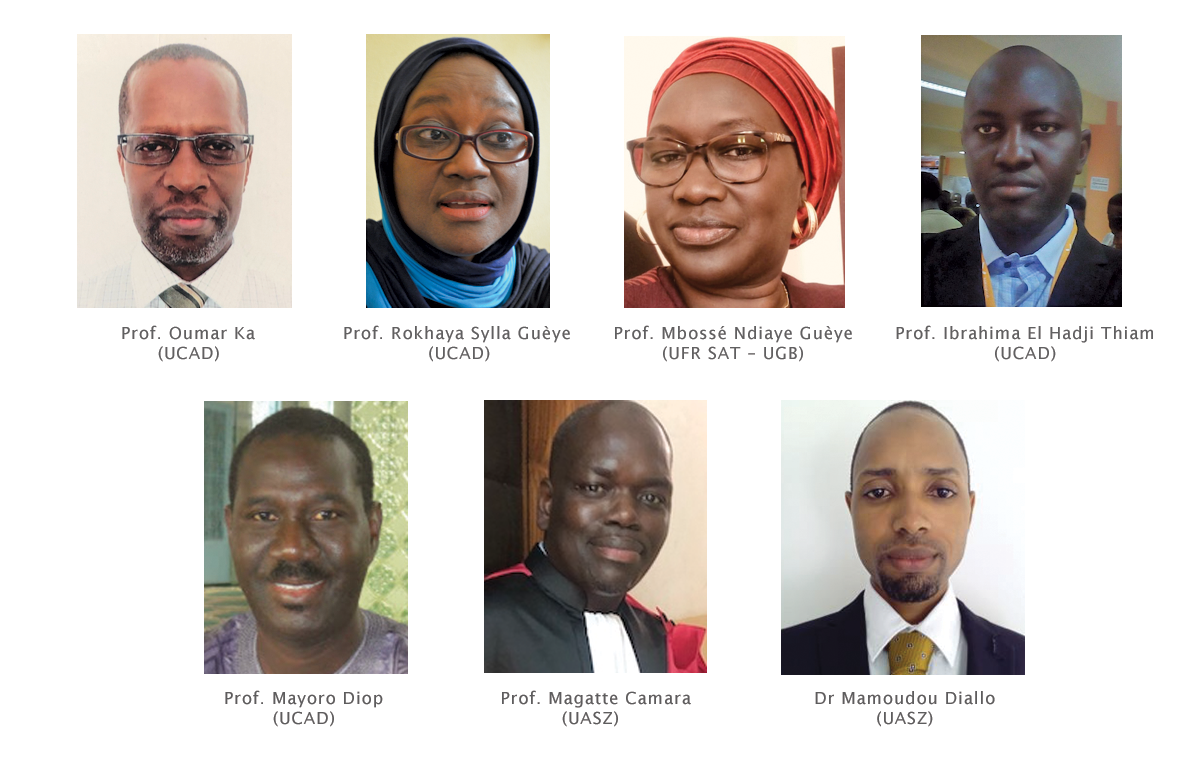 Founder members of the SCA.

The composition of the first Executive Committee of this SCA is given below:

The SCA aims to promote Senegal's crystallographic and structural sciences. The Association also wants to promote the dissemination of knowledge in the field of crystallography to the general public of all ages and schools. This will be done through the organization of national conferences, workshops and many other events. In the near future, SCA plans to use the CRM2 remote measurements platform with the support of the IUCr Africa Initiative and the African Crystallographic Association, for teaching and research activities at UASZ and UCAD.

Ibrahima El Hadji Thiam is at UCAD, Senegal; Patrice Kenfack Tsobnang is at the University of Dschang, Cameroon; and Magatte Camara is at UASZ, Senegal.
21 September 2022