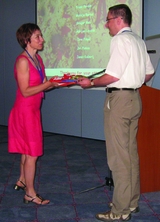 Audience during a meeting session. 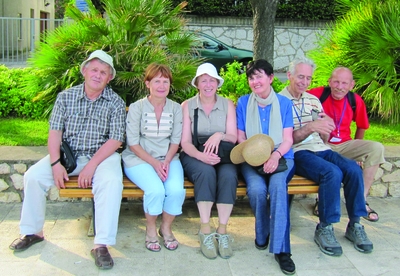 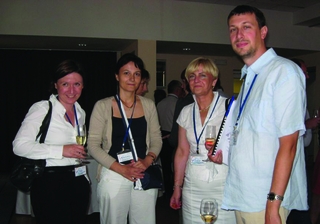 An excursion was organized to Jurandvor and the old town of Krk, well known for its cathedrals, castles and walls. Refreshments were provided in a bar-museum, Volsonis, showing excavations of Roman monuments. The participants visited the church of St. Lucy in Jurandvor, which was built in 1100 AD on the ruins of a Christian church from the 7th century. The church houses the mythic Baška tablet which bears the earliest known inscription in the Croatian language, in glagolitic script, also dating to 1100 AD. The word Croatian and the name of a Croatian king, Zvonimir, are mentioned in the script.

The meeting closed with the Band Zvonimir and the Folklore ensemble Šoto, Jurandvor, performing Croatian dances and songs typical for the island of Krk.

The 21st Meeting will be held next year in Slovenia. Details are available at www.hazu.hr/kristalografi.