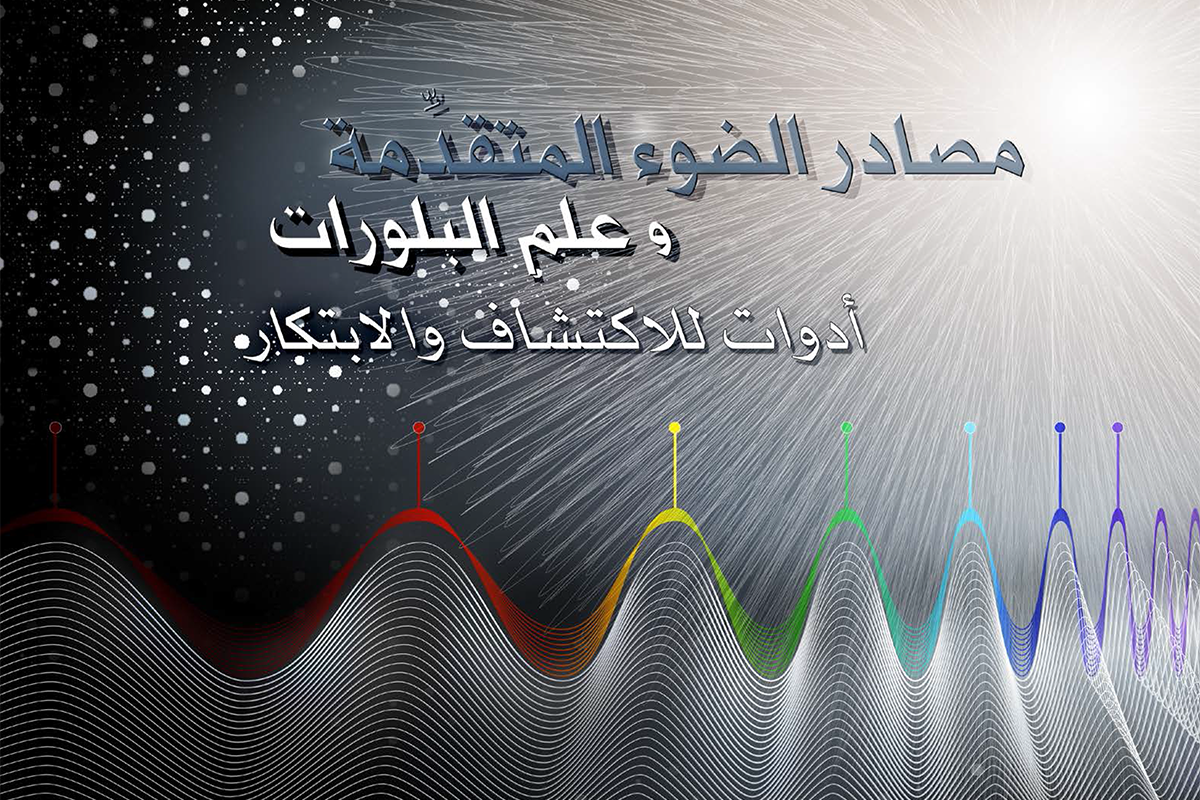 One example of IAEA's support in spreading information to the developing world. The IAEA assisted LAAAMP in the production of the Arabic version of its brochure for non-experts.

In the public’s mind, the International Atomic Energy Agency (IAEA) is most closely associated with safeguards and nuclear energy. However, IAEA also carries out many activities supporting the development of research and applications of radiation and nuclear-related technologies, with an emphasis on assisting developing countries, as reflected in its motto Atoms for Peace and Development.

The IAEA, through its Physics Section and Technical Cooperation Program, has a long history of supporting research accelerator applications. The most common of these accelerators are ion-beam accelerators. However, in recent years, there has been a growth in the interest in large accelerators around the world, including synchrotrons.

The IAEA has several activities regarding synchrotron applications, especially concerning XRF. Since 2013, the main focus has been the beamline and endstation that were developed by Elettra Sincrotrone Trieste (EST; Italy) and IAEA. The endstation at the XRF beamline was provided by IAEA. This is equipped with a chamber that exhibits both standard and ultra-high-vacuum capabilities. It has an advanced seven-axis manipulator for the alignment and movement of the sample and a series of photodiodes that allows different variants of XRF, such as 2D-XRF, GI-XRF, GE-XRF, XRR and TXRF, to be performed [A. G. Karydas et al. (2018). J. Synchrotron Rad. 25, 189–203]. XAS can also be performed on the beamline. Thanks to a generous donation from Germany, a second identical endchamber resides at IAEA’s laboratories just outside Vienna at Seibersdorf, Austria. This is used for the development and testing of new devices for the main chamber at Elettra, and IAEA uses it as part of its annual training in “classical” XRF, in the form of “group fellowships”.

In the period 2015–2018, IAEA organised a Coordinated Research Project (CRP) involving 14 countries, entitled Experiments with Synchrotron Radiation for Modern Environmental and Industrial Applications. This CRP was chiefly focussed around the new XRF beamline and endstation at EST but also involved work carried out at eight other synchrotrons worldwide, resulting in 47 publications and 73 conference presentations, and involving 28 students and 10 post-doctoral fellows. During this time, the XRF endstation and its control electronics and software were substantially developed, and experiments performed by the participants used its flexibility for projects covering topics from air pollution, biomedicine, the broader environment, bioremediation, food, cultural heritage, energy materials and nanomaterials to X-ray fundamental parameters.

In 2019, the partnership between IAEA and EST was renewed, the IAEA providing funds for an annual training workshop, described below. In addition a limited budget was assigned to offset some of the costs of travel and subsistence for scientists coming from developing countries to perform experiments on the XRF beamline that have passed the appropriate review committee at EST. In 2019, EST made 23 beamtime allocations on the instrument. 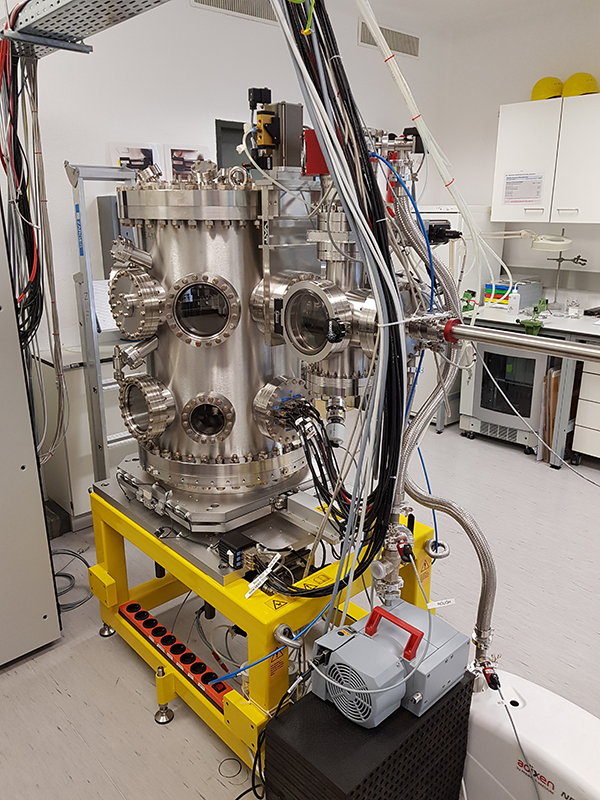 The second, “mirror”, endchamber located at IAEA’s Seibersdorf Laboratories, identical to that installed at the XRF beamline at EST.

The first joint IAEA–EST training workshop was held from 7 to 11 October 2019, and was attended by one Italian (as the hosting country) and one participant from each of six African states (Algeria, Benin, Egypt, Ghana, Kenya and South Africa). The intent is to make this an annual event limited to about 10 attendees. Our target audience is people from regions with limited access to such facilities and limited personal experience of such experiments. IAEA covers the full cost of attending, including transportation and subsistence. 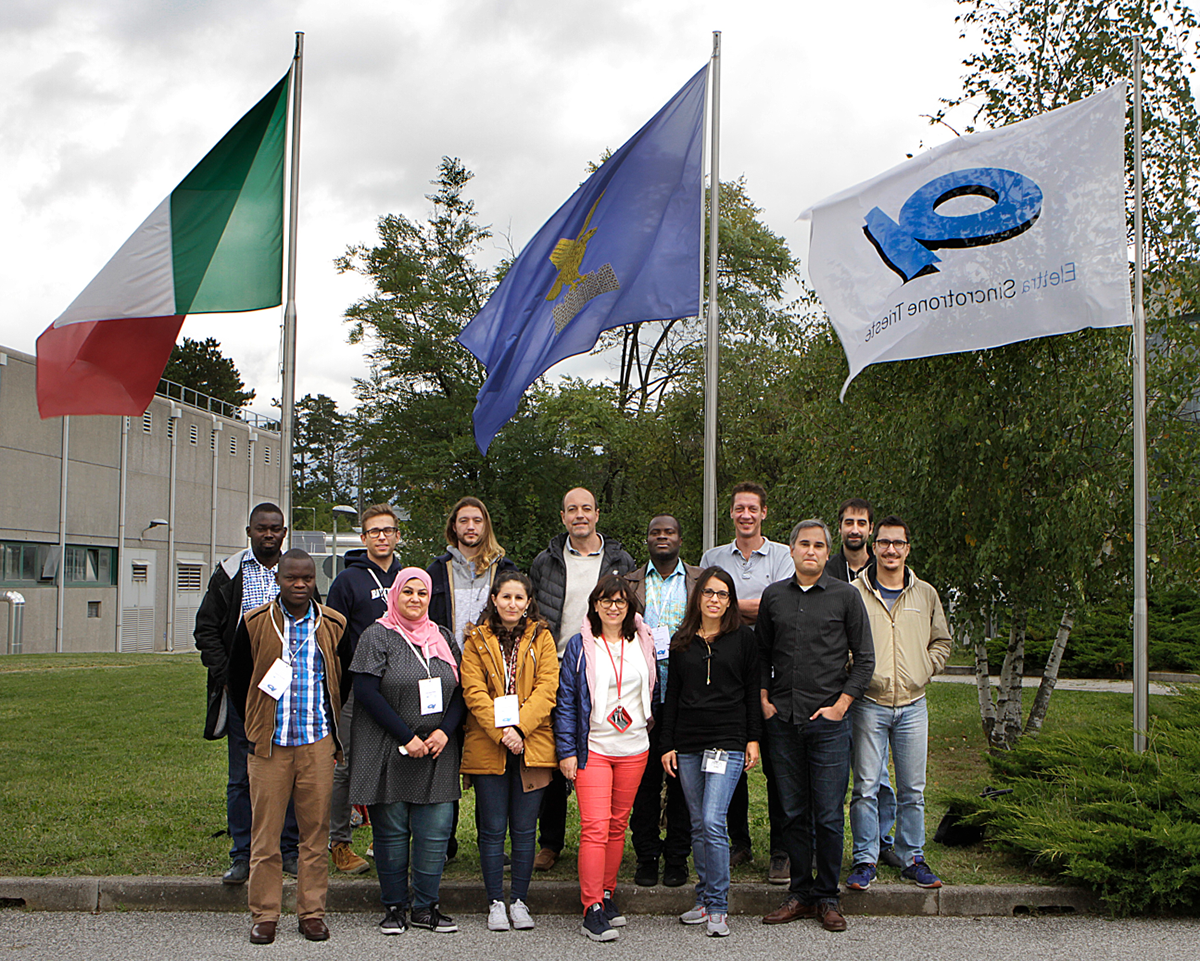 Participants at the IAEA–Elettra Training Workshop held in October 2019.

The format of last year’s event included lectures on the first day on general aspects of a synchrotron and the design of a beamline, and included a presentation on how to write proposals for beamline utilisation. The following three days were dedicated to hands-on training and covered advanced variants of XRF, XAS and XRD using three EST beamlines (XRF, XAFS and MCX, respectively). By the end of the training workshop, the attendees had written their own proposal, presented it and mutually reviewed each other’s.

The most recent advanced light source to be turned on in the world is SESAME (Synchrotron-light for Experimental Science and Applications in the Middle East), located just outside Amman, Jordan. SESAME started up under the auspices of another UN agency, UNESCO.

Institutionally modelled on CERN, SESAME is now an independent intergovernmental organisation comprising Cyprus, Egypt, Iran, Israel, Jordan, Pakistan, the Palestinian Authority and Turkey as Members. IAEA has worked alongside UNESCO in the support of SESAME for more than a decade, e.g. by providing training to staff, sending international experts to assist during design and commissioning, assisting the regulatory agency in developing appropriate regulations, providing fellowships to scientists from the region and procuring radiation monitoring and protection equipment to ensure the safety of the staff and visitors. 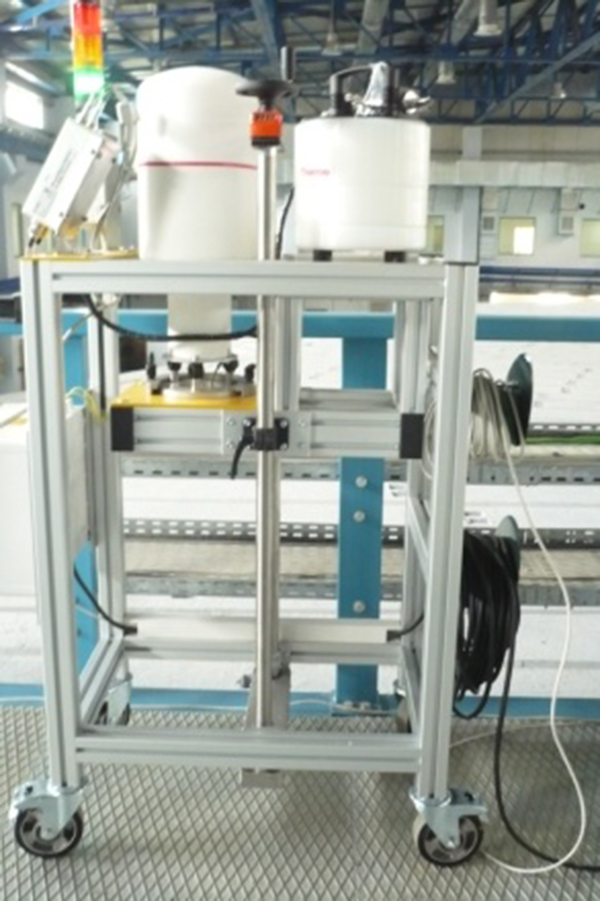 IAEA has procured approximately €190,000 of radiation protection and monitoring equipment in the last 2 years for SESAME as part of a Technical Cooperation project.

Among other projects, IAEA is currently working with the Synchrotron Light Research Institute in Thailand on the development of their final planned instrument on their current synchrotron (their XRF instrument), and the Agency has assisted the international initiative that, in the future, wants to bring a light source to Africa. Africa has the second largest population of any continent but does not host a single one of the ca 150 such facilities in the world. To date, the initiative has been spearheaded by the group known as the African Light Source (AfLS), and IAEA has supported their two significant events in Grenoble, France (2015) and Accra, Ghana (2019). The latter was the occasion on which their efforts received their first official recognition by an African government. Ghana formally voiced its support for the project and promised to support it in the Economic Community of West African States (ECOWAS), the regional political and economic union, and the African Union.

Beyond direct work with or assistance to individual light sources, IAEA has also supported the promotion of information to the general public and officials that may help in the assistance of the development of future projects.

One example of such work is with LAAAMP (Lightsources for Africa, the Americas, Asia and Middle East Project), a project created by the IUCr in partnership with IUPAP under the 2016–2019 ICSU grants programme. One of the outputs of this project has been a brochure in plain language for non-experts and interested laypersons (students, visitors, funders) entitled Crystallography and Advanced Light Sources: Tools of Discovery and Innovation. This combination brings benefits to societies that host such facilities or have access to them. The Agency has supported LAAAMP in their endeavours to spread this information to the developing world: IAEA has six official languages and uses its professional translation services to assist in the creation of the Spanish and French versions. Together we recently created an Arabic version, a language in which very little information about such technologies is currently available.

In addition to the Arabic version, IAEA assisted LAAAMP in the production of Spanish and French versions of their brochure. These, together with the English version, are available for free download here.

A second example was a side event at the 2019 IAEA General Conference. This annual event attracts delegates from more than 170 Member States of the IAEA, including government ministers, senior members of atomic energy commissions and their Permanent Missions to the UN. Recognising that synchrotrons are large-scale infrastructures and that in many developing countries the atomic energy commissions are often as, or more heavily, involved in their creation and operation than are the ministries of education and research, a side event, called Light: the Way Forward!, was held. This featured speakers from SESAME, the Synchrotron Light Research Institute (Thailand), EST and the AfLS, describing the experiences from quite different societies in different corners of the world. Beyond the research opportunities afforded to scientists in the region, and the involvement of industries in facility development and as users of the applications, it became clear that even a “national” facility is truly an international project and operation, as was firmly illustrated by the high utilisation of EST by neighbouring countries and the strong ASEAN links developed by the Thai synchrotron.

For more than 50 years, IAEA has had a close relationship with the International Centre for Theoretical Physics (ICTP), also based in Trieste. IAEA sponsors 10–12 workshops on nuclear and related themes each year. In April 2020, there will be a two-week School on Advanced Light Sources: Principles, Methods, and Multidisciplinary Applications. This school, proposed in collaboration with EST and representatives from the ESRF, LAAAMP–IUPAP and the AfLS, is for people with more in-depth knowledge than the training workshop and will cover design elements of a light source, beamline optics and applications. As with all ICTP activities, the main focus is on providing high-level courses and activities with access targeted to developing countries, and selected participants attend cost-free.

The authors are at the Physics Section, Division of Physical and Chemical Sciences, Department of Nuclear Sciences and Applications, IAEA, Vienna, Austria.