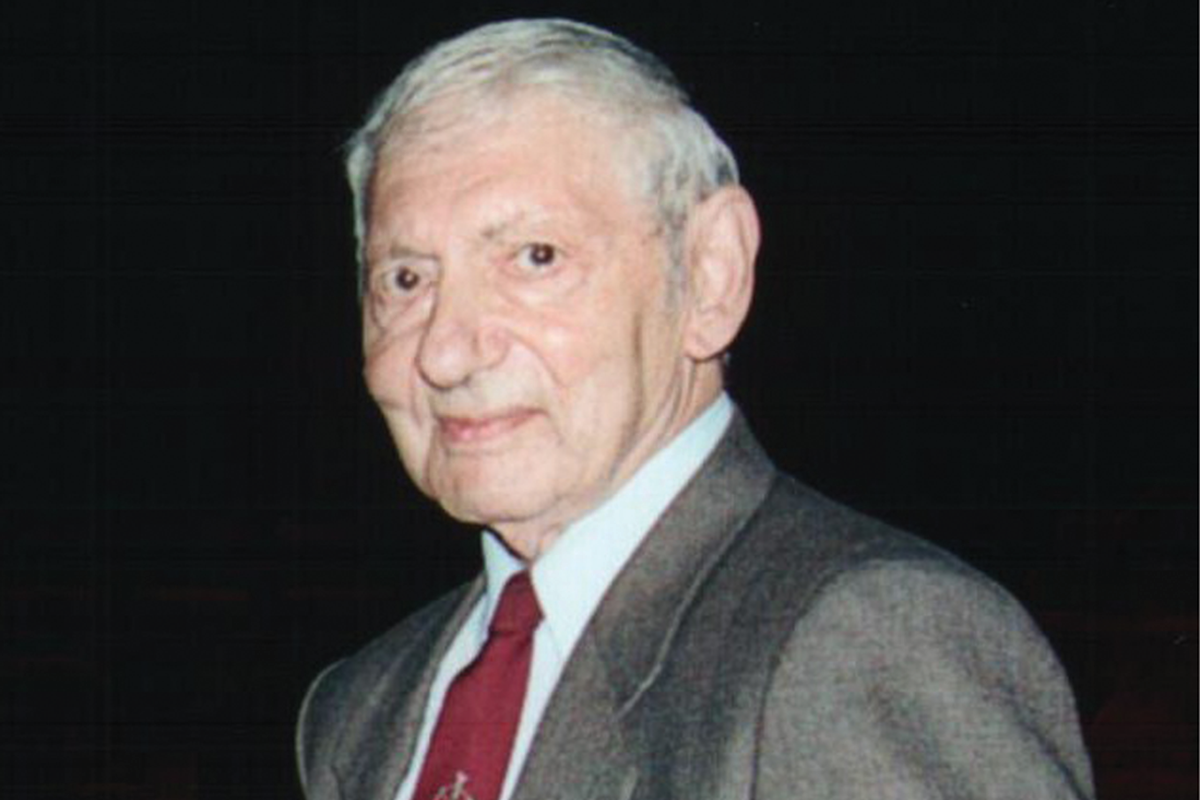 Professor Michael Woolfson, who died on 23 December 2019, contributed to the theory and practice of X-ray crystallography for over 60 years. He made major contributions towards a general solution of the phase problem for determining crystal structures and provided tools to use the theory of 'direct methods' to enable structures to be deduced directly from the diffraction data. Software developed in his laboratory, such as the computer package MULTAN, was responsible for about half of the structures determined around the world during the 1970s and 1980s.

Michael passed the 11+ exam in 1939, the only boy from his primary school to do so. When war was declared the school was evacuated from inner London, and Michael finally finished his secondary schooling in Wellingborough. He credited this opportunity with giving him an important skill – he learnt to play rugby – and claimed that some later opportunities were awarded to him, not for academic excellence, but because he would make 'a useful centre forward'. He won a place at Jesus College, Oxford, being awarded a degree in Physics in 1947. He then was conscripted for two years into the army and finished up serving in the Royal Engineers Survey Establishment. His interest in science was rekindled when thinking about mapping techniques, so when demobbed he applied to and was accepted as a research student by Henry Lipson at the University of Manchester Institute of Science and Technology (UMIST). His project was to build an optical instrument to simulate X-ray diffraction, and also to solve a crystal structure. The optical instrument was essentially a vast exercise in assembling Meccano parts, and proceeded slowly; the crystal structure intensity distribution was unusual, and Michael was quickly able to prove that this was due to the intrinsic inner symmetry of the molecule and that the intensity distribution was hypercentric. He took the message to heart that it was much more satisfying to be a theoretician. Ideas about using sign relationships to solve the phase problem for centrosymmetric structures were circulating in the crystallographic journals and Michael was hooked. (Already in the 1952 volume of Acta Crystallographica there were three papers by Sayre, Cochran and Zachariasen showing that for strong intensities the product of the signs of 'reflection triples' h, k, h + k was probably 1.)

After completing his PhD, Michael went to work in Cambridge with Cochran, and continued exploring phase relationships whilst also solving structures. In 1955 he was invited to apply for a lectureship back with Lipson in UMIST, a position which gave him the long-term security needed to pursue his own research interests, and to find that he really enjoyed teaching. Cochran wrote sadly to say he was missed in Cambridge – 'Now I have no-one to talk to …', and Michael replied, 'Me neither.' However, he rapidly recruited colleagues and students of his own.

The formalism for phase relationships was being unravelled, but applying the methods was a painfully slow task without the aid of computers. In 1960 Michael was fortunate to be allocated Peter Main as a research student, and together with Gabriel Germain they began to develop software to automate structure solution.

In 1965 Michael was appointed Professor of Theoretical Physics in the newly founded University of York, and that became his home until his retirement and beyond. He continued his crystallographic research, as well as taking responsibility for the astronomy teaching and research in the department, contributing numerous many stimulating ideas on the origin and dynamical evolution of the Solar System. He was able to appoint Peter Main to a lectureship in 1967 and established a world-class international research group. The software they developed was comprehensive, functional for all space groups and this made it relatively easy to solve larger and larger structures, providing atomic resolution data were available. It was also designed in a modular form, which meant it was relatively easy to modify the software to incorporate new ideas. New ways to assign the initial phase sets were explored, with a particular focus on finding optimal figures of merit to select the best solution from a given set of calculations.

From 1970 to 1980 Michael directed six direct-methods schools across Europe, attended by many young scientists who subsequently became leading crystallographic theoreticians. He also contributed to several volumes of the series Computational Crystallography, where papers given at International Summer Schools organized by the IUCr were published. It is interesting to look back at these; many complex ideas are described (often in extremely complex ways!), but Michael's contributions are models of clarity.

By the 1980s he was extending his interests to protein crystallography and working with scientists from the Institute of Physics, Chinese Academy of Sciences, Beijing. Synchrotrons were extending the available resolution for protein data sets, and there were techniques for estimating initial phase sets from heavy-atom positions or anomalous-scattering measurements, so methods combining experiment and theory were being developed.

After his retirement in 1994 Michael continued to teach, and to carry on with research. One particularly powerful idea he pursued is coded into the program ACORN (named for the proverb 'Mighty oaks from little acorns grow'). This uses the fact that if near-atomic-resolution data are available, and this data set is enhanced to 1 Å simply by adding E values with the expected mean intensity for that resolution range (viz, 1), then density modification of a map phased only from a correctly placed small fragment, such as a few heavy atoms, the sulfur sites or a helix, can quickly generate an extremely accurate set of phases for all reflections. ACORN incorporates a robust figure of merit, estimated using observations excluded from the modified maps.

Michael was awarded many honours: he was elected as a fellow of the Royal Society in 1984 and received the Royal Society Hughes Medal in 1986; he was given the Patterson Award from the American Crystallographic Association in 1990 and was thrilled to receive the Gregori Aminoff Prize from the Royal Swedish Academy of Sciences in 1992. Michael was also awarded the Dorothy Hodgkin Prize by the British Crystallographic Association in 1997 and the Ewald Prize by the IUCr in 2002.

He will be remembered for his innovative science, for the enthusiasm he brought to the subject, for the quality of his teaching, and for his interest in and kindness to his many colleagues and students.