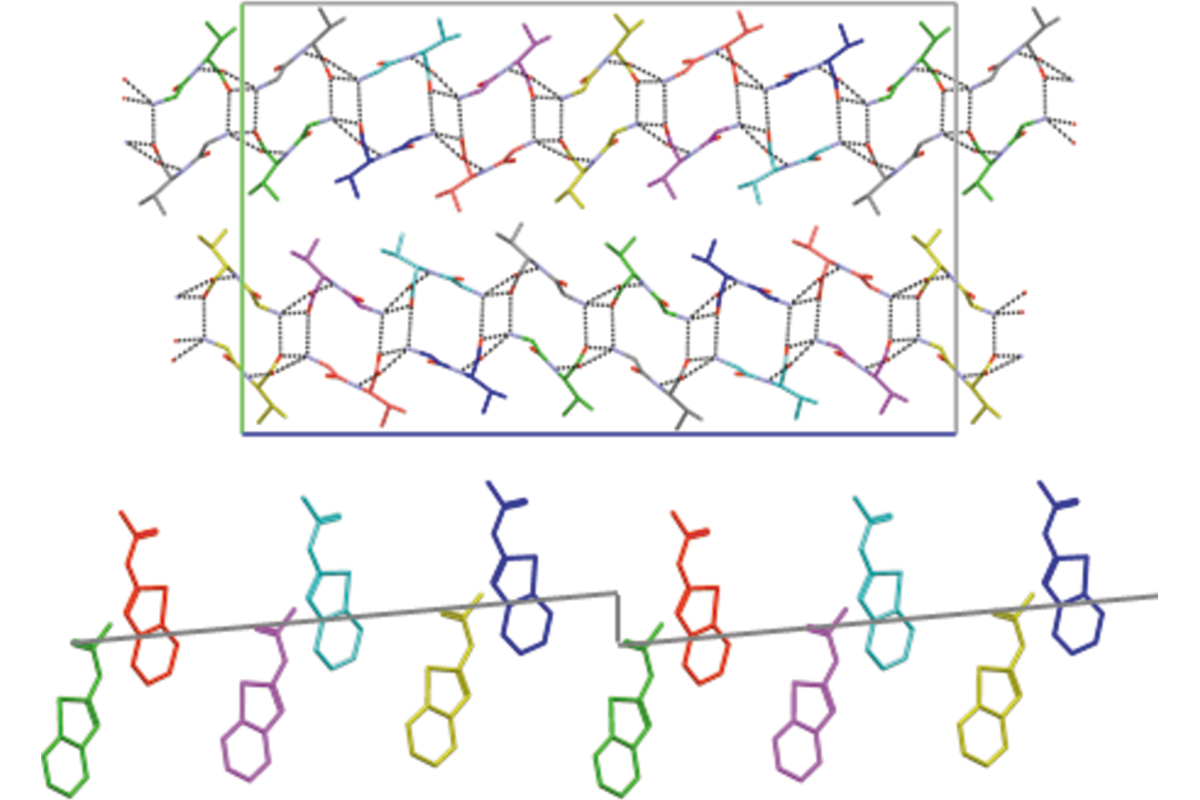 In most crystal structure determinations with a given chemical composition, we expect that the number of formula units contained in the unit cell (Z) is at most equal to the multiplicity m of the general position, a fundamental characteristic of the corresponding space group. If this is the case, Z' which is equal to the quotient Z/m is one. Under such premises and if we are dealing with a molecular compound, finding the atomic structure and relative position of a single molecule is sufficient to characterize the entire crystal structure owing to the properties of the space group symmetry. However, cases may occur when Z' becomes an integer larger than one which often leads to interesting discoveries, for example, the existence of structural modulations.

The article by Brock & Taylor (2020) specifically deals with the identification of such cases by systematically scanning the organic structures stored in the Cambridge Structural Database. More specifically, the study focuses on translationally modulated molecular crystals which do occur, sometimes frequently, depending on the value of Z'. Each one of the Z' molecular structures presents numerous ways to deviate from an average form. Four types can be distinguished namely conformational, orientational, longitudinal and transverse.

In order to systematically scan the full set of molecular structures contained in the Cambridge Structural Database, the authors designed an algorithm to scan a large number of possible directions in the crystal structure in order to identify additional translational periodicities allowing the acceptance of minor deviations to be specified. The method is not always successful, and, in some cases, it has to be completed by visual observation.

The method proposed by the authors is certainly well adapted for a systematic search in a database of molecular structures and I consider it as complementary to another method which is also frequently used and based on the Fourier transform of the crystal structure, i.e. on the diffraction pattern of the structure. The intensity distribution of diffraction patterns is well adapted to identify any translational characteristic including approximate translations. Such a method has been used successfully, for example, by considering a family of inorganic compounds, scheelites, with many different periodicities where each member can be related to a single model based on a commensurately modulated structure (Arakcheeva & Chapuis, 2008).

The main interest in the search of any type of translationally modulated structures is that it reveals very subtle interatomic interactions which might not be obvious to detect. What are the main factors of structural modifications causing Z' to increase? Can molecular dynamical simulations reproduce such interactions? It appears that this is possible as shown, for example, by Pan & Chapuis (2005) provided that an adapted force field is selected.

There is another very interesting issue concerning very large Z' numbers which are not directly related to molecular structures but rather to inorganic or metallic structures under specific temperature or pressure conditions. Cases of structure with Z' reaching up to nearly 100 have been studied. Knowing that for metallic structures it is not uncommon to observe values of Z' =

, one may wonder why a structure requires such a large number of independent atoms? After deeper studies it appears that the publishing authors have missed identifying the appropriate symmetries of the particular compound [see examples given by Perez-Mato et al. (2006) or Arakcheeva et al. (2017)].

The study of molecular structures presented by Brock and Taylor with Z' larger than a specific limit reveals the complexities of intermolecular interactions in crystals. The analysis of the results indicates various possible mechanisms of molecular distortions which will be very helpful for a deeper analysis of the molecular dynamical mechanisms that come into play. The task is certainly not simple but a combination of various methods, i.e. crystallographic analysis both in direct and reciprocal space combined with molecular dynamical simulations, would probably be the best bet for a deeper understanding of the interactions.