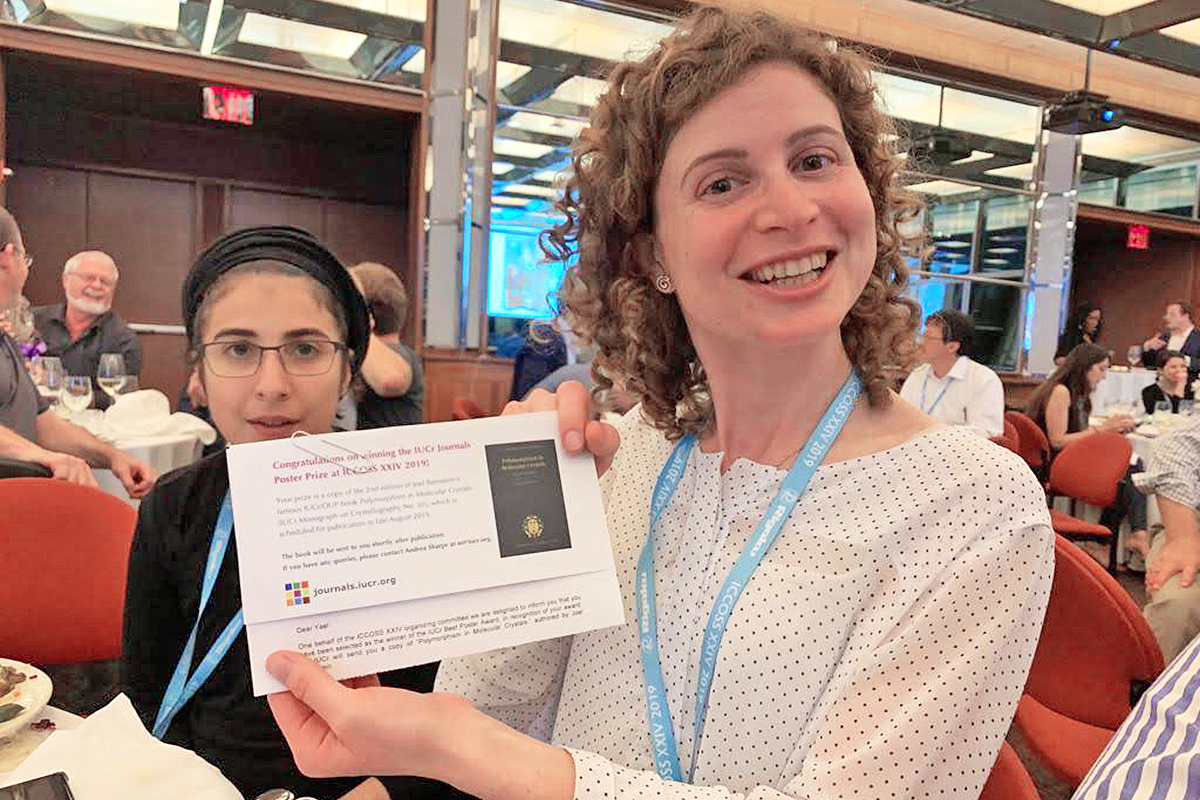 Since its inception in Brookhaven (USA) in 1968, the International Conference on the Chemistry of the Organic Solid State (ICCOSS) has become the premier forum for discussing groundbreaking research on the chemistry and physics of organic materials. We were proud to host the 24th conference, ICCOSS XXIV 2019, at New York University, NY, USA, from 16 to 21 July 2019. The program showcased frontier research from a slate of international experts, with curated sessions that represent the cutting edge of organic solid-state chemistry. The conference had many opportunities for informal conversations as well as some special sessions that addressed societal and career issues. The scientific program for ICCOSS XXIV included invited and contributed lectures, as well as poster sessions. In addition, an exhibition of scientific instruments, electronic resources and books took place. The conference schedule consisted of eight technical sessions: (1) Crystals that Move, (2) Crystals in Computers, (3) Crystals that Grow, (4) Crystals in Devices, (5) Crystals in Nature and Medicine, (6) Crystals and Light, (7) Crystals in 2D and (8) Crystals with Holes. These topics represent the forefront of research in organic solid-state chemistry, from dynamics in crystals to machine learning for crystal structure prediction to crystals in medicine.

There were 53 oral presentations in total, of which 17 were contributed from female speakers (32%) and 36 from male speakers (68%). One of them come from Africa, 12 from Asia, 1 from Australia, 13 from Europe, 25 from North America, and 1 from South America. 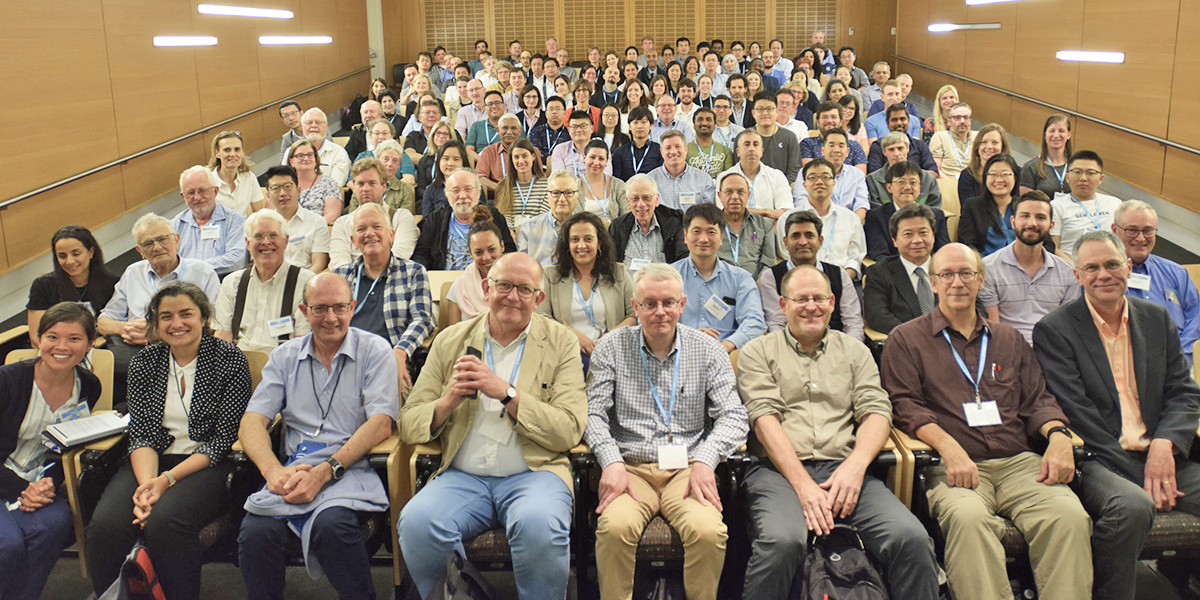 Three young scientists were selected to receive financial support from the IUCr to attend ICCOSS XXIV:

María Cecilia Dávila, an undergraduate student at the Universidad de Los Andes, Venezuela, working in the research group of Graciela Díaz de Delgado. Her research focuses on crystallography of pharmaceutical polymorphs. She presented a poster titled “Metal Derivatives of an API with Incommensurate Modulated Structures”.

Qiang Zhu, an assistant professor at the University of Nevada, Las Vegas, NV, USA. His research focuses on the development of first-principle structure predictions based on evolutionary algorithms and their applications. He gave an oral presentation titled "Crystal Structure Prediction: From Code Development to Applications”.

Yael Tsarfati (Weizmann Institute of Science, Israel) won the IUCr Journals Poster Prize. She received a voucher for the second edition of Joel Bernstein's book Polymorphism in Molecular Crystals. She is working on the understanding of crystallization of organic molecules in the group of Boris Rybtchinski. Her winning poster’s title was “The Mechanism of Non-Classical Organic Crystallization”. 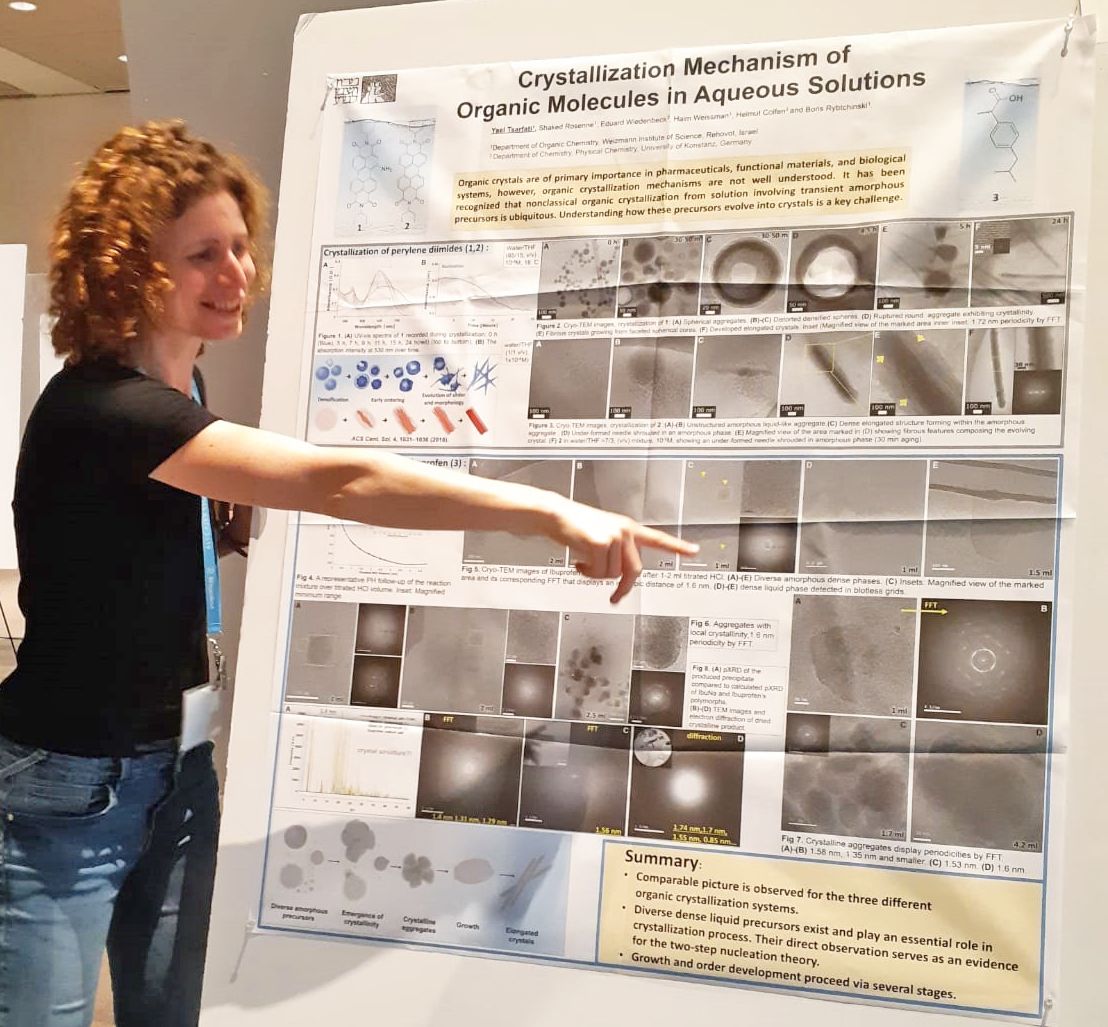 Yael Tsarfati talking about her poster.