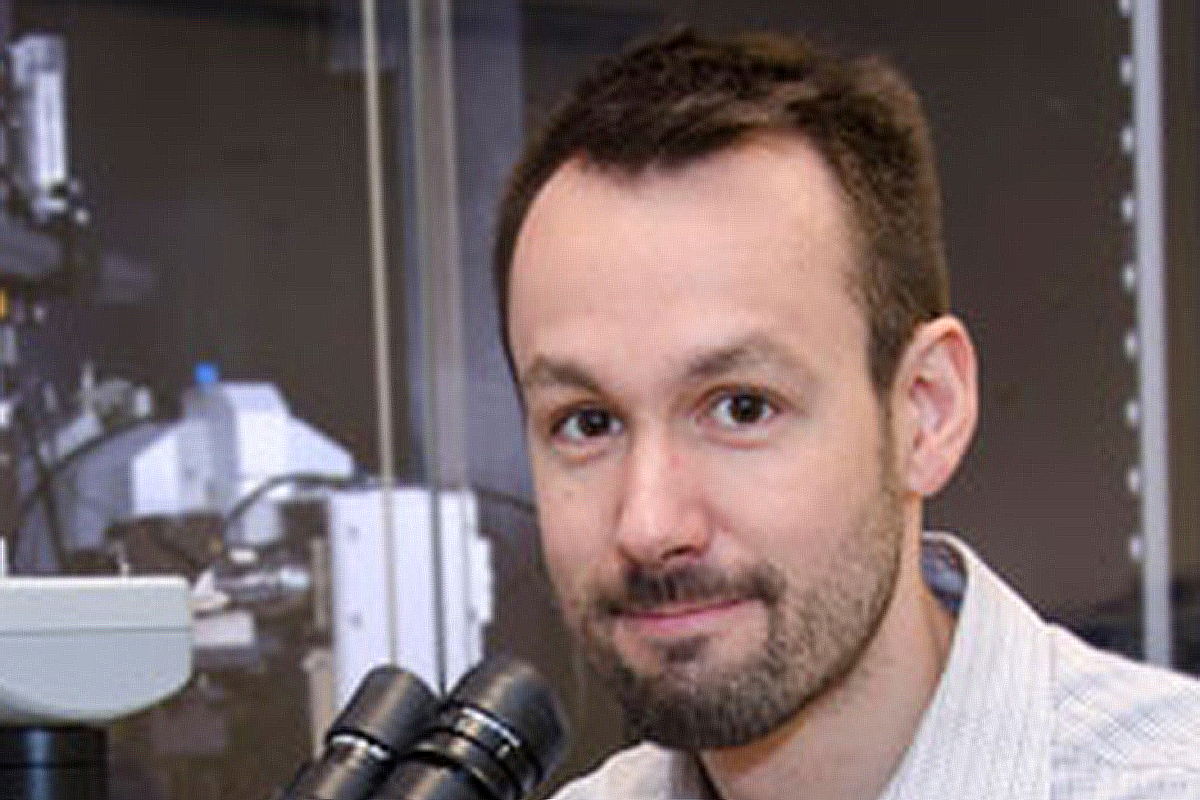 The 2020 W. H. and W. L. Bragg Prize for outstanding early-career crystallographers has been jointly awarded to James Fraser (Associate Professor in the Department of Bioengineering and Therapeutic Sciences at the University of California San Francisco, USA) and Jean-Philippe Julien [Senior Scientist at the Hospital for Sick Children (SickKids) and Associate Professor in the Departments of Biochemistry and Immunology at the University of Toronto, Canada] as a recognition of their scholarly achievements as well as their strong commitment to serve the crystallographic community.

The prize, which was established in 2017, celebrates the characters of the two Braggs, who actively encouraged young scientists, both women and men without discrimination, to pursue a career in crystallography. Their encouragement resulted in many young crystallographers achieving considerable distinction, including the Nobel Prize winners Dorothy Hodgkin, Max Perutz, John Kendrew, Francis Crick and James Watson.

Dr Julien’s research activities have been focused on the determination of crystal structures of macromolecules of high medical relevance. His studies have made a huge impact on biological and medical sciences. In particular, he determined the first crystal structure of an intact HIV envelope trimer by X-ray crystallography as well as by cryo-EM. The insights gathered from this structure and the construct engineering now serve as the template in the worldwide community for HIV structure-based drug and vaccine design in the quest to curtail the HIV epidemic. Dr Julien has also determined the EM structure of a quaternary preferring antibody (PG9) in complex with the soluble SOSIP Env trimer. This work provided the first structural evidence that epitopes of broadly neutralizing antibodies are much more complex than thought. In this sense the corresponding publication in PNAS must be considered a paradigm-shifting publication. At present, Dr Julien’s independent research programme is focused on two major areas: (a) structure-based immunogen design for the development of an anti-malarial vaccine, and (b) structural delineation of B-cell receptors. With respect to the latter, he embarked on a completely new direction of structural investigation of B-cell co-receptors, on nanoparticles engineered to target these receptors, and on characterising antibody responses to malaria antigens to aid in vaccine design.

Drs Fraser and Julien will receive their award during the 25th IUCr Congress in Prague, Czech Republic, in August 2021, where they will share the presentation of a Keynote Lecture.

The IUCr was pleased to be able to conduct interviews with the winners about their life and work. Read the interview with Jean-Philippe Julien below and that with James Fraser here.

Jean-Philippe, we would like to first congratulate you on winning this prestigious award.

Could you tell us a little about your childhood and early education.

I am originally from Baie-Comeau, a small town in North-Eastern Québec, Canada. This name might ring a bell to fellow Canadians, as it’s the small town where a former Canadian Prime Minister is from. I remember when I was young, that was our claim to fame for a small town otherwise little known by the outside world! After high school, I moved to British Columbia, Canada, to study at the Lester B. Pearson United World College of the Pacific. This College is unique in that it brings together 200 academically minded students from 50+ countries in a remote community. This educational experience allowed me at a young age to expand my perspective of the world and further appreciate its richness and diversity.

What or who inspired you to pursue a career in science, and what attracted you to your field?

I think scientists are curious people, and science is a great path for satisfying your utmost curiosity. It takes a lot of perseverance, optimism and creativity (and a bit of stubbornness!), because a lot of what we try on a daily basis will not work. I think those traits describe me pretty well, and so my personality aligns well with the scientific enterprise. I have also always looked up to scientists in history who, at one point or another, combined scientific creativity with social involvement. That has also been a major inspiration for my career.

Of which of your professional achievements do you feel most proud? What would fascinate the Braggs about your work?

Being part of interdisciplinary teams that succeed in surmounting scientific hurdles represent some of my deepest scientific satisfactions. During my post-doctoral work, I participated in such a team effort for the first structural determination of the pre-fusion HIV Env trimer led by my then post-doctoral supervisor Ian Wilson and our close collaborators. Now in my own laboratory, I have the privilege of working with world-leading experts in immunology, pathogenesis, protein engineering, immunotherapy and many other experts in their respective fields. Science is truly multidisciplinary, and structural biology plays a central part in enabling discoveries and breakthroughs.

Currently, cryo-EM and X-ray crystallography are complementary approaches to structural biology and drug discovery. Do you see this changing in the future?

The cryo-EM resolution revolution has drastically changed the landscape of structural biology over the last decade. This technique, together with the high-throughput advantages of X-ray crystallography, can really deliver deep insights into molecular architectures of life when used in combination. In my opinion, the next frontier of structural biology will be the techniques that enable visualization of molecular machines directly in their natural environments.

Since you were nominated for this prize, the world has been devastated by the coronavirus pandemic. Have you channelled any of your work into coronavirus research/education?

Yes, our infrastructure and team know-how are currently being deployed in the response against SARS-CoV-2, in several projects. The pace of global scientific discoveries and open-access science has been truly remarkable. It is truly inspiring and humbling to be involved in such a transformative scientific wave. During this process, it has also been important to be active in graduate teaching on new technologies being deployed against COVID-19, as well as communicating regularly with the public in the media to provide scientific insights into discoveries being made and ongoing efforts to resolve unanswered questions.

You run your own lab. In a nutshell, what is your philosophy behind maintaining a happy and productive lab and mentoring its members?

I believe that everyone’s work in my lab is driven in some shape or form by them wanting to make a difference. The best mentorship that I’ve received, and that I now try to perpetuate is the kind that connects with this drive, and cultivates it to grow.

What are you seeking to accomplish in your career?

Ultimately, I will be happy with my career if I can look back and find concrete examples of how I’ve helped make the world a better place. This can be in the form of inspiring trainees, providing critical guidance to young scientists, creating a new vaccine and/or drugs based on hypotheses derived from molecular blueprints, or influencing policies based on scientific data. In this context, I am driven most by the aspiration of bringing transformative technologies and knowledge to people most in need.

What other interests do you pursue?

Scientific discovery is a long journey, which most often shapes up more like a life-long marathon than a sprint! For this reason, I believe that finding a good life balance is critical. As best I can, I try to share the ups-and-downs of family life with my wife and our two sons, as well as stay active mostly by playing as much hockey as I can. After all, I am Canadian!

Thank you very much for your time and congratulations once again