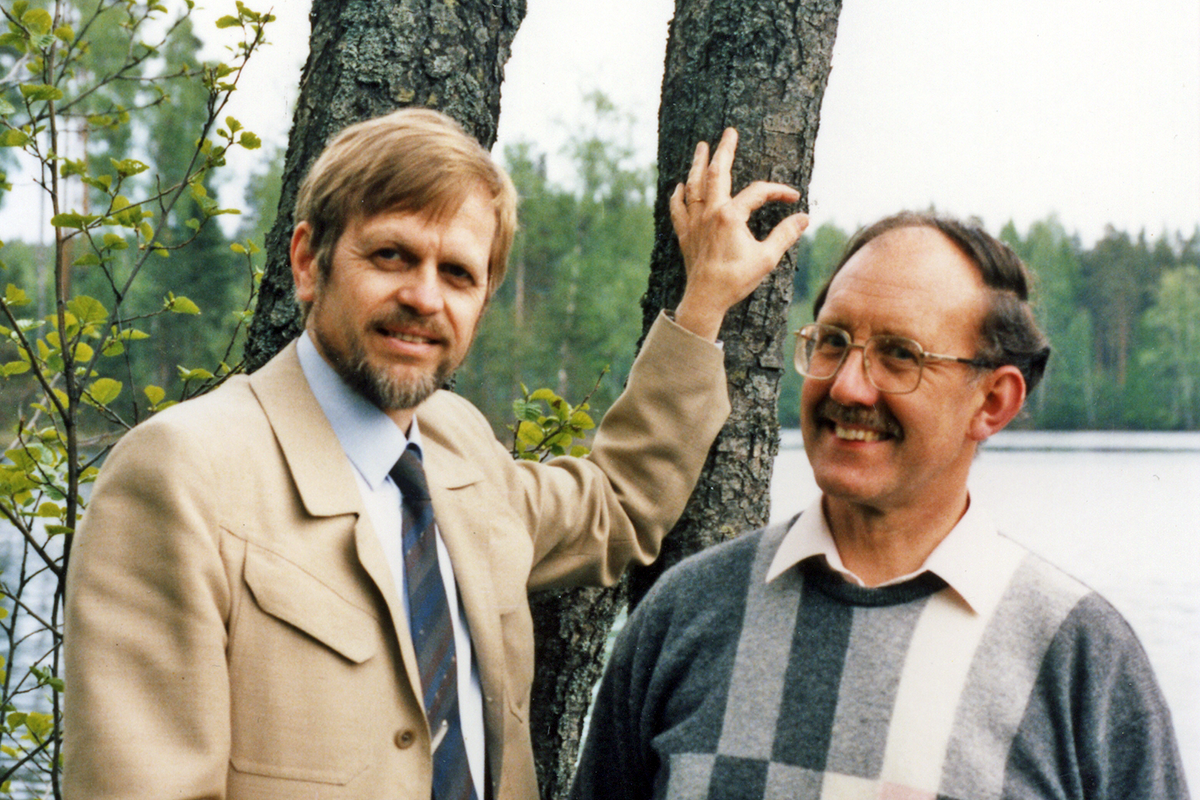 Kaarle Kurki-Suonio (left) with the late Jim King (IUCr Executive Secretary 1969–1993) at the "hunting cottage" museum of Marshal Mannerheim, some 100 km north east of Helsinki, Finland, in spring 1986, prior to that summer's Executive Committee meeting in the UK. This and the other photos in this article were contributed to the IUCr gallery by S. E. Barnes.

In the book, the Professor’s colleagues and students sincerely express their appreciation for the assistance and encouragement they have received from Kurki-Suonio with their studies, research and work. The book also discloses the Professor's inspiring impact by playing classical music together with colleagues and students as well as his enthusiasm for wildflowers and athletics.

A central theme of the book is Professor Kurki-Suonio's unique work as a developer of physics teacher education in Finland. In addition, the book contains articles about his decades-long career, research and achievements in crystallography.

Kurki-Suonio began studying mathematics in 1950 at the University of Helsinki. The actual Eureka moment of learning took place in the first year of his studies at a physics lecture. “I was in my own thoughts, as I often was in lectures. Suddenly, I realized that I could derive formulas by using differential geometry. I understood that the formula follows an understood meaning – and not the other way around,” Kurki-Suonio relates.

His dissertation on mathematical crystallography was completed in 1959 when Kurki-Suonio was 26 years old. In the 1960s, the physicists Timo Paakkari and Pekka Suortti, from the University of Helsinki, began actively seeking international contacts. Kurki-Suonio says that their work also gave wings to his international career as a crystallographer.

Finnish representation at conferences in the field of crystallography expanded in the 1970s. At the same time, Kurki-Suonio became acquainted with the French academician Erwin Bertaut, who strongly pushed Kurki-Suonio's research forward. In the 1970s and early 1980s, Kurki-Suonio was a member and then Chair of the IUCr Commission on Charge, Spin and Momentum Densities (now Quantum Crystallography), and General Secretary and Treasurer of the IUCr from 1981 to 1987. 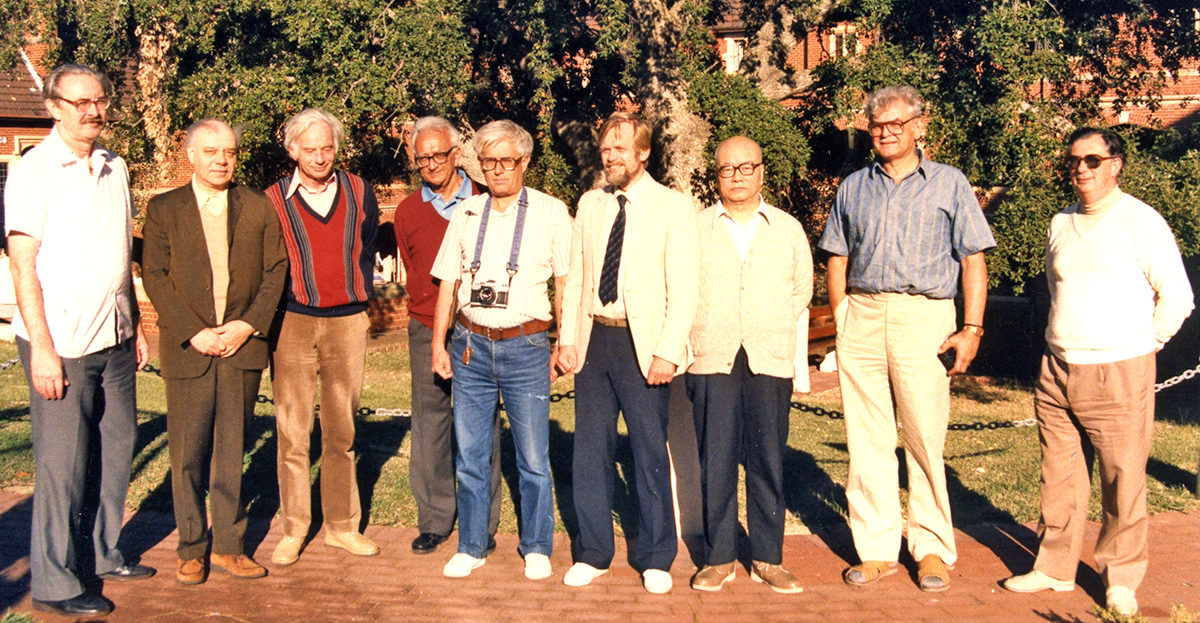 Professor Kurki-Suonio's teaching philosophy aroused interest not only in Finland but also abroad. In Germany, father-and-son researchers Karl Hayo and Hayo Siemsen studied the significance of the philosophy developed by Kurki-Suonio. According to their intensive research, interviews and discussions with many science educators from universities, schools and government bodies, Hayo Siemsen (2010) stated that a main result of the empirical success of Finnish science education was based on Machian ideas implemented in the method of Kurki-Suonio. At that time, about 600 physics teachers, around 20% of Finnish physics teachers, had studied the philosophy and didactical physics of Kurki-Suonio.

Kurki-Suonio “reached the age limit of statutory senility”, as he humorously wrote in his farewell lecture (Kurki-Suonio, 1998), in 1998. In the same year, Kurki-Suonio lost his wife, who had had a profound impact on his life. Nevertheless, he continued his work in the development of didactical physics, e.g. planning seminars, supervising theses and discussing innumerable issues of physics and its teaching that concerned various teachers and students, e.g. in the email discussion group. In 2011, the professor gave six lectures on the empirical basis of modern physics in an in-service course for physics teachers organized by the Department of Physics of the University of Helsinki and the LUMA Center (science education network of Finnish universities).

Today, visitors to Kurki-Suonio may be greeted by beautiful tunes, created when he skillfully dances his fingers over the keys of his grand piano, and become acquainted with the beautiful flowers in his garden. However, in between, there is a great opportunity to discuss, for instance, interaction, which Kurki-Suonio argues/states is a key concept in “almost everything possible” or in how our worldview is constructed.

Pilvi Sihvonen, PhD, is a physics and math teacher at the Heinola upper secondary school, and education researcher at the University of Helsinki, Finland.