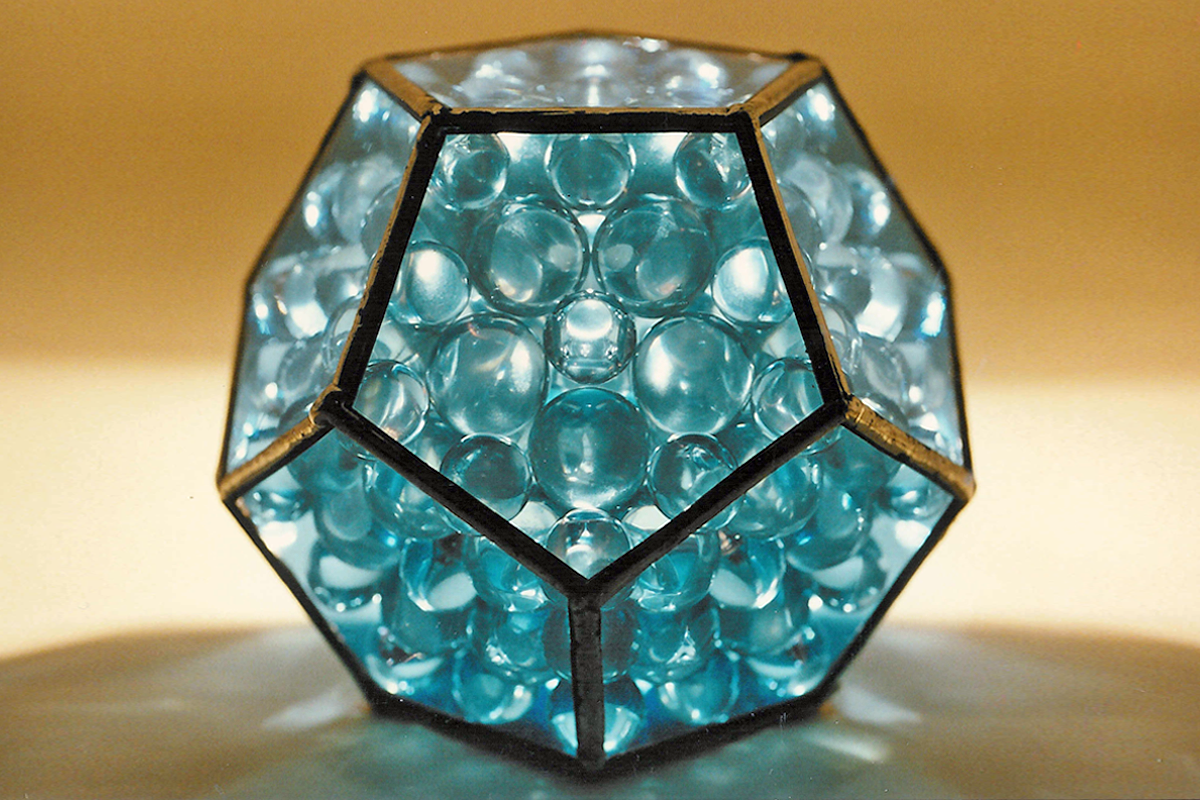 The Nobel Laureate Herbert A. Hauptman (1917‒2011) was a co-creator, together with Jerome Karle, of the direct methods in X-ray crystallography. In this communication, though, the focus is on his hobby of making stained glass polyhedral models and filling them with spheres. This hobby was not unrelated to crystallography either. 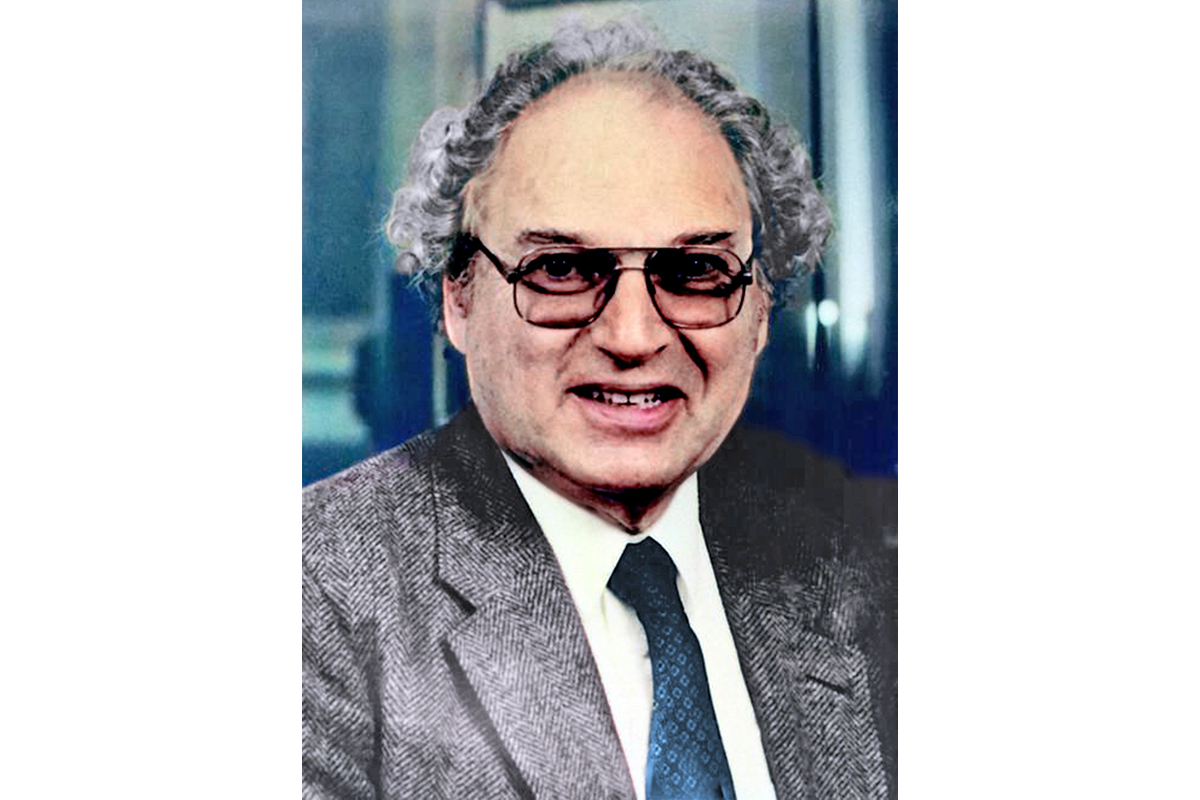 First, a brief biographical sketch. He was born in New York City into an East European immigrant family. He graduated from Townsend-Harris High School. His family was poor, and the time was the height of the Great Depression, but he could attend City College of New York because it was free, except for the 50-cent library fee. He enrolled when he was 16 years old and graduated with a BS in 1937. Afterward, he attended Columbia University and earned a master’s degree in mathematics in 1939. However, Columbia and a host of other schools turned him down when he applied for support to do his doctoral studies. There was anti-Semitism, which he later also experienced while serving in the Navy during World War II. He was settling down when he landed a job in 1947 with the Naval Research Laboratory (NRL) in Washington, DC. It was a physicist’s job, but he would return to mathematics when it proved impossible for him to work for a physics PhD.

At the NRL, he worked together with Jerome Karle, and they jointly developed the so-called direct methods for solving the phase problem in X-ray crystallography. This happened in the early 1950s, and it has a vast literature. Suffice it to say that, before, it was considered impossible, but when they solved it, for many years, it did not break through in the crystallography community. Some of those who used to ridicule them eventually became the most important supporters of the technique. It made it possible to solve increasingly complex structures and, among them, those of biological importance.

Hauptman never left the work on dealing with the improvement of the direct methods. Still, when it was no longer a burning issue, he returned to acquiring a PhD, which he finally succeeded in mathematics from the University of Maryland in 1955. His dissertation was an n-dimensional Euclidean algorithm. He introduced some geometrical approaches to the understanding and application of the Euclidean algorithm.

About 30 years after first introducing the direct methods, Hauptman and Karle were awarded the Nobel Prize in Chemistry in 1985 “for their outstanding achievements in the development of direct methods for the determination of crystal structures.” By then, Hauptman was at the Medical Foundation of Buffalo, where he moved from NRL in 1968. This institute is now called the Hauptman-Woodward Medical Research Institute in Buffalo.

Two of Hauptman’s stained glass models with spheres packed inside them. Left: a pentagonal dodecahedron; right: an icosahedron (both courtesy of Herbert A. Hauptman).

In the early 1980s, Hauptman took a class working with stained glass, and when he mastered it, he started making stained glass polyhedra. When he was 8 or 9, one of his favorite books taught him how to make the Platonic solids, and this interest never left him. He prepared about 40 regular and semi-regular polyhedra. Soon he became interested in packing spheres inside them. He put equal-size spheres into a regular tetrahedron, and these packed in the hexagonal close-packing arrangement. The cube and the octahedron could be filled up too with equal-size spheres. However, the icosahedron and the dodecahedron could not. 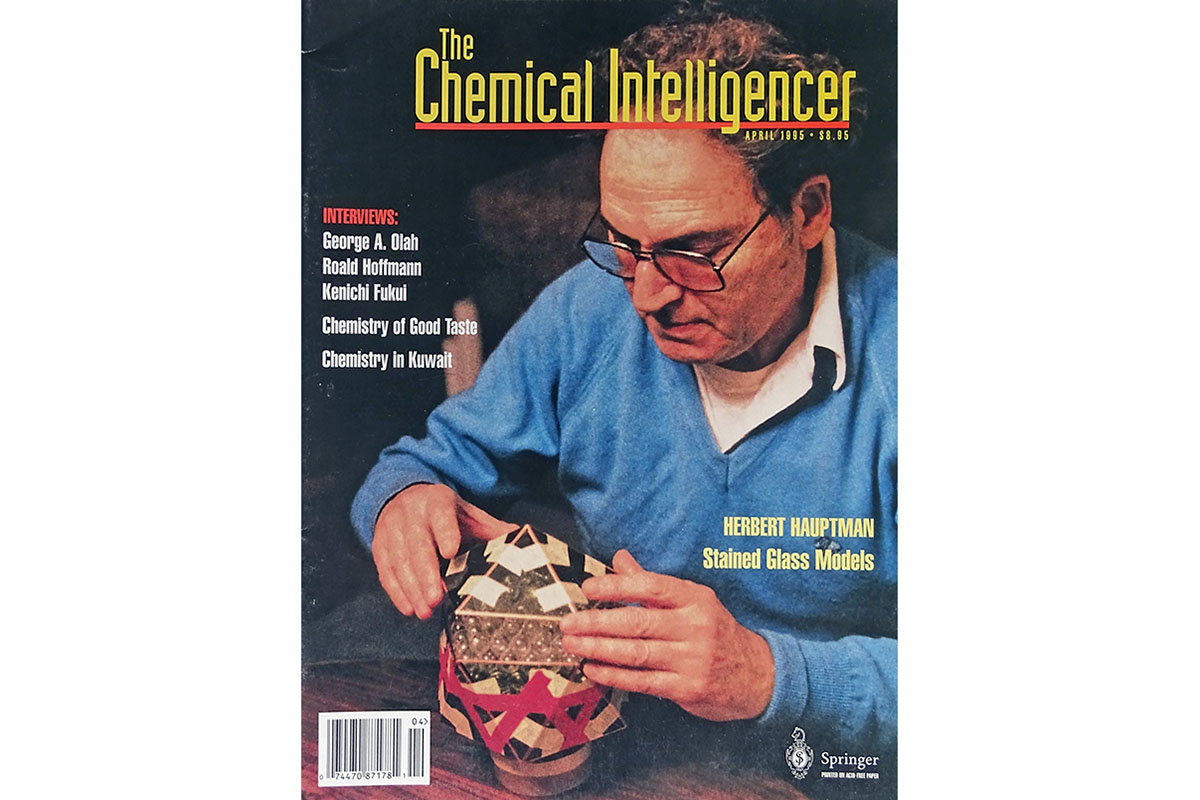 As a result of many experiments, he determined that spheres of two sizes would suffice in filling the icosahedron, and the ratio of their diameters would always be the same. Roughly, the small sphere has 9/10 of the radius of the large sphere. For the dodecahedron, two or even three different sizes did not suffice, and so he had to employ spheres of four different sizes, which did work. The Nobel Prize put an end to these studies and to the Hauptmans’ quiet life. Ten years later, I persuaded him to write up his experience with packing the spheres in a regular icosahedron (Hauptman, 1995). The interest in learning how to make stained glass polyhedral models and then in playing with them may have been an indication of his gradually preparing for retirement in the early 1980s. This was then. When I asked him in 2001 about retirement, he told me about a new 9-year project of a significant grant from the NIH providing about a million dollars annually. So, obviously, at the age of 84, he did not think much about retirement. 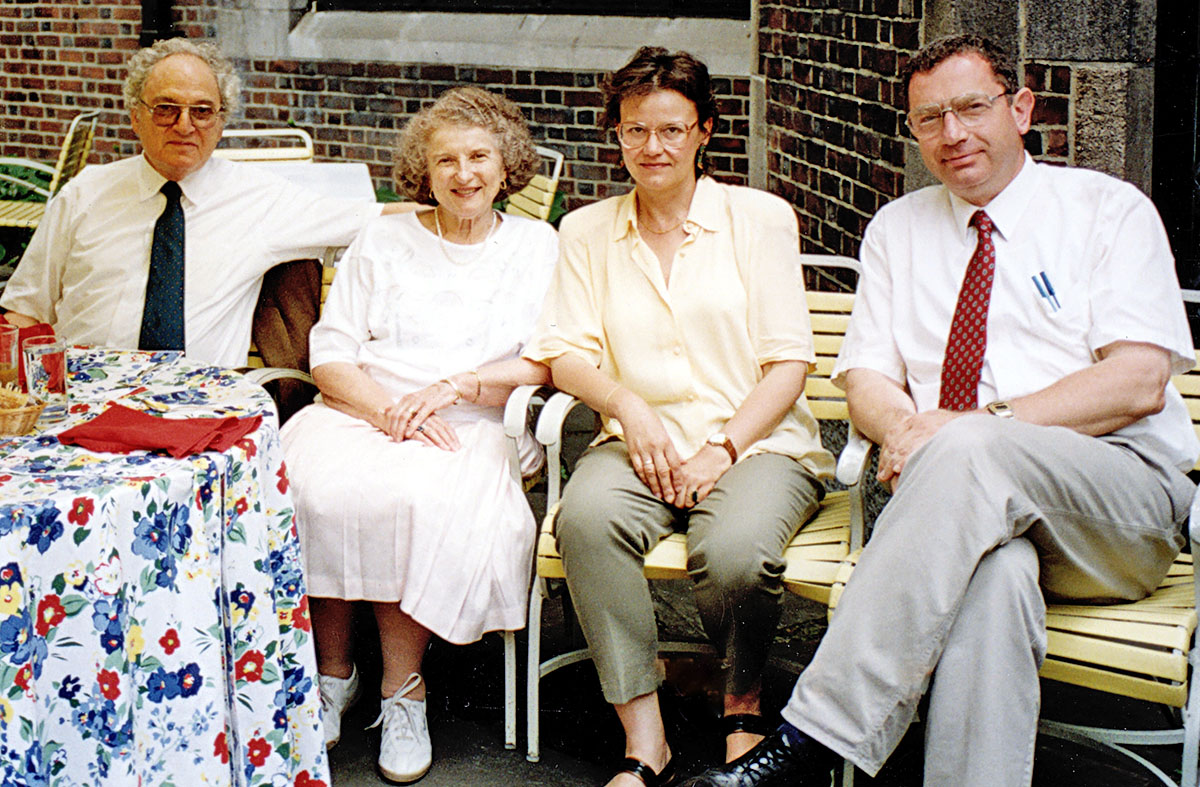 The Hauptmans (on the left) and the Hargittais (on the right) in Buffalo in 1995 (by an unknown photographer).

Over the years, I had some good interactions with Hauptman, and our wives took well to one another. We visited each other in Buffalo and in Budapest, and I recorded two long conversations with him, one in Buffalo in 1995 and another in Erice, Sicily, in 2001. We blended the two conversations via correspondence, and the result appeared in 2003 (Hargittai, 2003). Perhaps the two most interesting segments in these conversations were about the painful gradual acceptance of the direct methods by the crystallographic community and about the painful, complicated relationship between Herbert Hauptman and Jerome Karle. I am happy to say that we had the most pleasant, friendly interactions with Isabella and Jerry Karle as well. Our interactions reached back to the mid-1970s. Perhaps, another vignette could be devoted to them.

Herbert A. Hauptman (1995). “On the Packing of Spheres in the Regular Icosahedron.” Chemical Intelligencer, April 1995, pp. 26‒30. The Chemical Intelligencer was a Springer magazine about the culture of chemistry, which I initiated and edited during its six-year existence (1995‒2000). A collection of its best papers has appeared: Balazs Hargittai and Istvan Hargittai (2015). Editors. Culture of Chemistry. New York: Springer.

Istvan Hargittai is at the Budapest University of Technology and Economics, Hungary.
11 November 2021