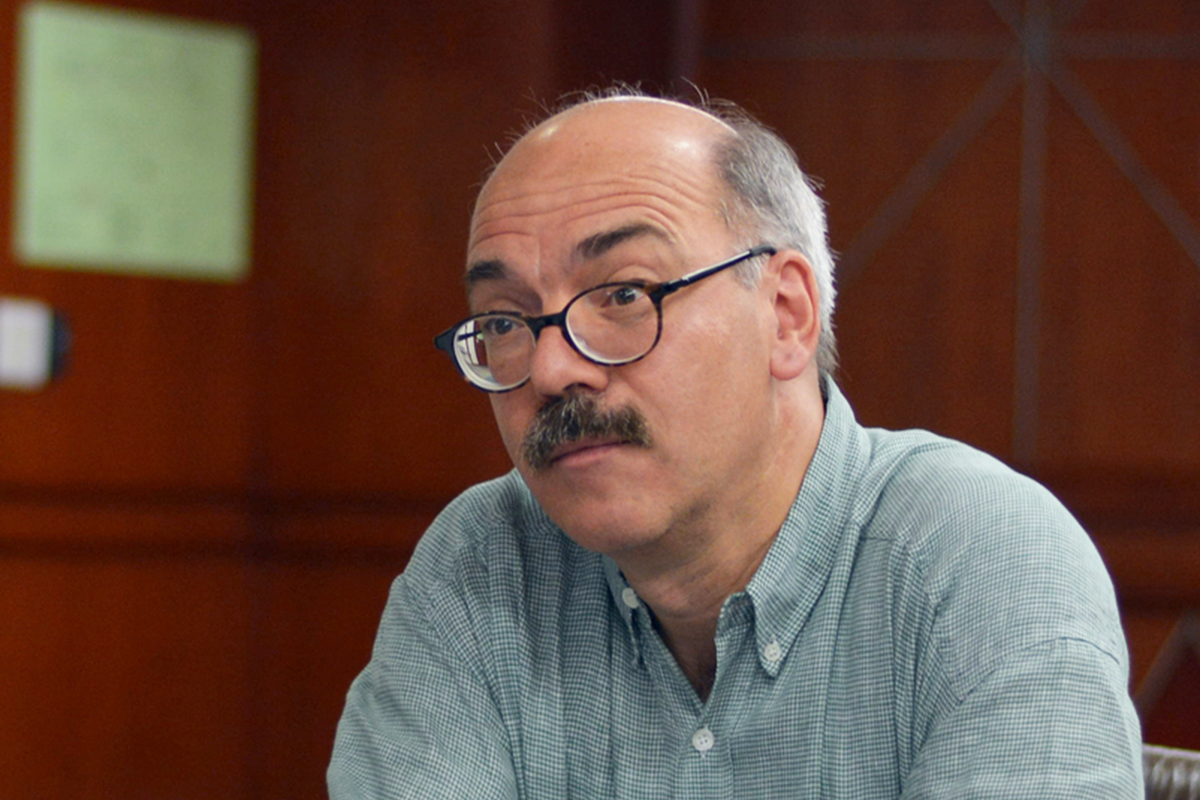 Uwe Grimm, in his capacity as retiring Chair of the IUCr Commission on Aperiodic Crystals, meeting with the IUCr Executive Committee during the 24th IUCr Congress in Hyderabad, India, in 2017. Photo contributed to the IUCr gallery by R. Kužel.

Uwe Grimm, Professor of Mathematics at the Open University, Milton Keynes, died suddenly and unexpectedly on 28 October 2021. Uwe was a leading mathematical physicist, well known for his work on quasicrystals. These non-periodic solids (discovered in 1982 by Dan Shechtman and earning him the 2011 Nobel Prize in Chemistry) share many properties with better understood periodic crystals but also exhibit properties more often associated with non-periodic and randomly structured materials. Uwe’s 2013 book Aperiodic Order, written and edited with his friend and long-time collaborator Michael Baake of Bielefeld University, is one of the most up-to-date and authoritative guides to this still relatively young research field. The book contains a preface by Roger Penrose, whose famous tiling continues to play a big role in the field. Uwe authored around 150 scientific articles, starting originally with studying the solutions and (conformal) symmetries of one-dimensional integrable systems while a PhD student in Bonn, Germany, under the supervision of Vladimir Rittenberg. He then spent eight years as a postdoctoral researcher in Melbourne, Amsterdam and Chemnitz before coming to Milton Keynes in late 2000.

Uwe’s interest in quasi-periodic systems emerged around 1990, when he realized how interesting conformal symmetries in integrable systems with quasi-periodic couplings can be, and how non-trivial concepts from algebra and geometry show up in the spectral theory of aperiodic Schrödinger operators. He quickly became fascinated with emerging aperiodic structures not only in one-dimensional systems, but also with the beauty that is inherent in two- and three-dimensional aperiodic tilings. Visualizing the intriguing patterns that seemingly extend indefinitely without ever truly repeating was one of his ‘professional hobbies’ and many of his publications are a treasure trove of visual as well as mathematical beauty.

Early on in his career, Uwe became interested in communicating this beauty to a wider audience. Among other activities, he co-organized and participated in Royal Society Summer Exhibitions, in 2004 with his friend and colleague Ronan McGrath from the University of Liverpool, and in 2009 with colleagues from the Open University and others. He wrote general overview articles for the wider science community and even ‘Beat the Brain’ as a member of the Weapons of Math Instruction Open University Maths team in a 2015 BBC show. He used his Twitter account @RealLateStarter as a further and quite successful means of engaging as a scientist with the wider public.

At the Open University, Uwe was a valued member of staff, leading the formation of the aperiodic order research group. He successfully funded his research by obtaining several major grants as Principal Investigator from UK funding agencies. He served as Head of the School of Mathematics and Statistics, and as Associate Dean (Research) he helped the university shape its wider profile. He discharged these duties with a light touch, supreme modesty and a great sense of respect for colleagues and students.

Uwe was also a much-valued Co-editor for Acta Crystallographica Section A and a Consultant for and Chair (2014–2017) of the International Union of Crystallography’s Commission on Aperiodic Crystals. He was elected Fellow of the Institute of Physics (IOP), was a former Honorary Secretary and Chair of the IOP’s Mathematical and Theoretical Physics Group Committee, and a member of the London Mathematical Society. He also organized many influential meetings and conferences, including APERIODIC’09 in Liverpool, again jointly with McGrath. Recently he had instigated and organized regular online meetings of the UK aperiodic academic community to help maintain research connections during the COVID-19 pandemic. Uwe loved Australia since having been a postdoc there in the mid-1990s. He was an Honorary Associate of the University of Tasmania, Hobart, and he and his family spent a fondly remembered sabbatical on the island.

Uwe was trained as a physicist and mathematician. He developed our knowledge of aperiodic order but also worked on problems including the mathematical structure of groups and point sets, the theory of long-range order, the physics of electronic transport and evolution in parasites. He was also a talented pianist, juggler, and a jovial board-game enthusiast. He is survived by his wife Kathrin and two sons, Jasper and Moritz.

We, his friends, co-authors and colleagues, will miss him greatly. Our thoughts and condolences go to his family. 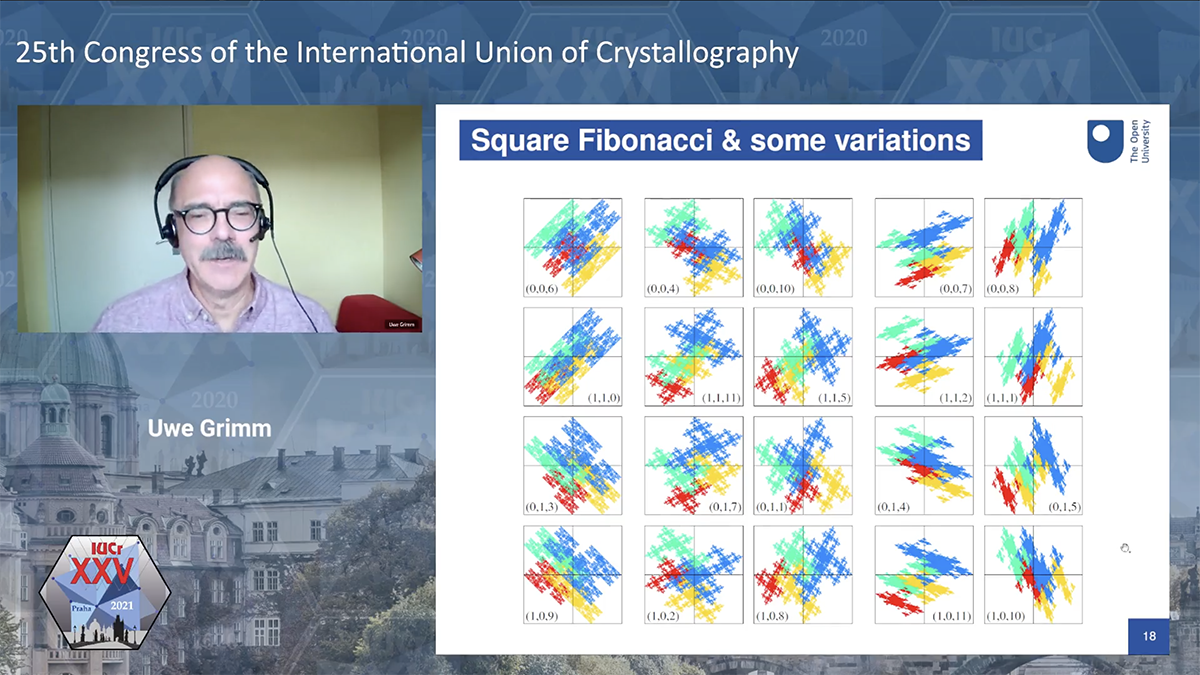 Uwe Grimm delivering his Keynote Lecture "Diffraction from aperiodic crystals: the state of the art" at the 25th IUCr Congress in August 2021.