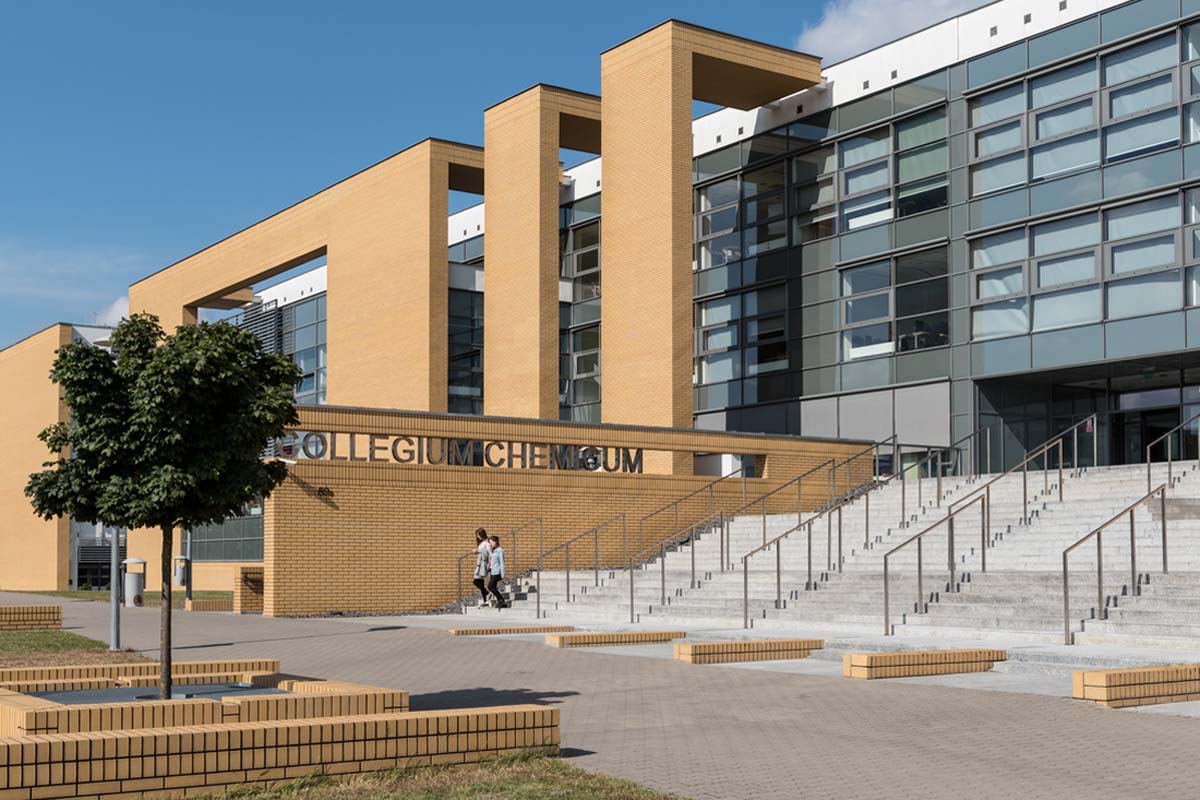 On 1 October 2021, the day of the Inauguration of the New Academic Year, Professor Zofia Kosturkiewicz suffered a massive cerebral stroke and four weeks later, on 29 October, without regaining consciousness, died peacefully in a hospice. Her death is a painful loss to her numerous friends and former students, many of whom owe her the formation of their personalities and scientific career. Especially those to whom she has always been, and will remain to be, The Boss (Szefowa).

Professor Zofia Kosturkiewicz was a woman of stature. As a young girl, she served as a liaison courier in the underground resistance (Armia Krajowa = The Home Army) during WWII. After the war, her family moved to Poznań, where she completed high school (begun in wartime underground education) and in 1947 entered Poznań University as a chemistry student. She started brilliantly as an organic chemist working on the stereochemistry of cinchona alkaloids (MSc in 1951, PhD in 1960).

However, in 1953, formally as an organic chemistry assistant, she was asked by the University to create, from scratch, a teaching curriculum in crystallography for chemistry students. She accomplished this daunting task with spectacular success. Her teaching programs became the standard for crystallography teaching curricula in practically all academic institutions in Poland and abroad. She was an accomplished enthusiastic lecturer. Her lectures attracted many students despite the difficulty of the subject. She also became an expert on chemistry curricula of the Ministry of Higher Education.

Along with teaching, Dr Kosturkiewicz also developed a research program in the structural crystallography of organic compounds. Poznań was the first place in Poland where the X-ray structure of organic and bioorganic compounds was established. In 1963 she spent a sabbatical in the laboratory of the famous scholar, one of the pioneers of structural organic crystallography, Professor Aleksandr Kitaigorodskii, in Moscow. With the acquisition of one of the first single-crystal X-ray diffractometers (Syntex P21) in Poland, the research program in Poznań really took off, leading to the creation of a powerful school of organic structural chemistry, later extended to protein crystallography as well. Professor Kosturkiewicz was instrumental in creating and organizing the famous Polish Schools of Crystallography, attracting the elite of the crystallographic world and of the popular Symposia on Organic Crystal Chemistry. 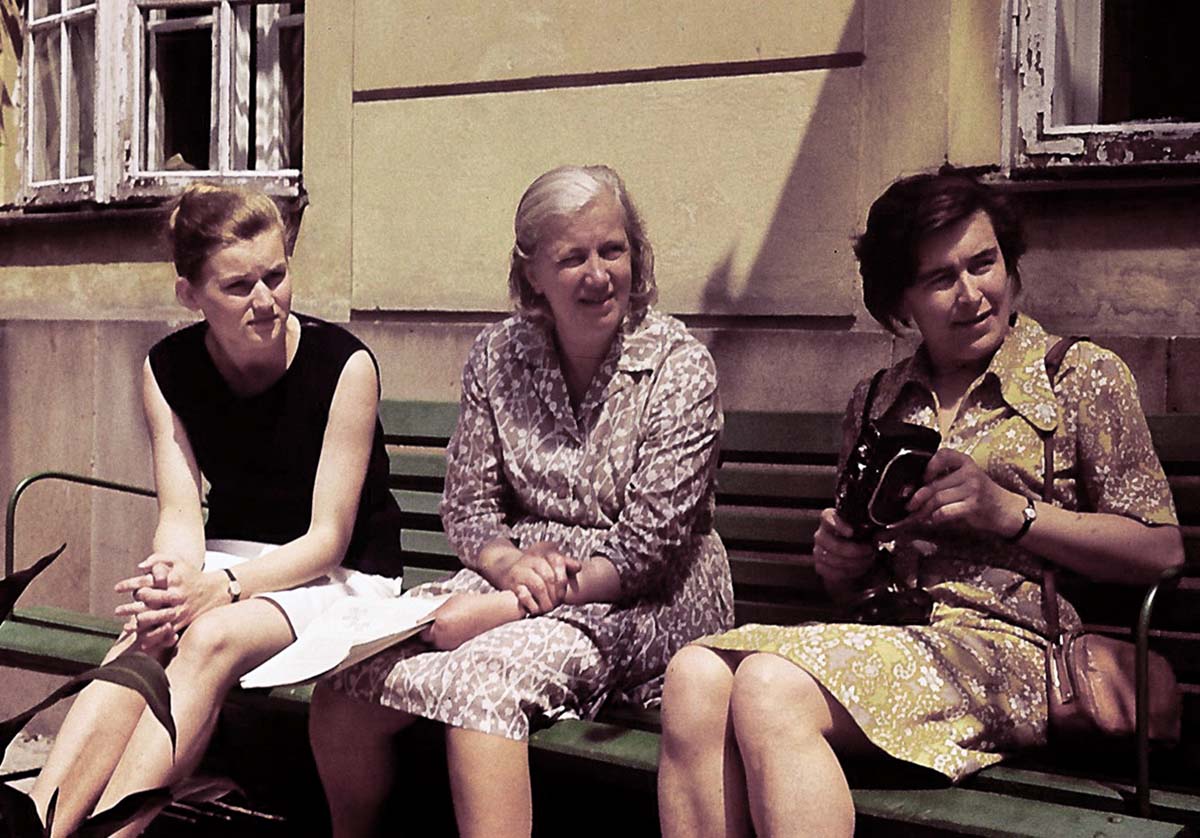 Zofia Kosturkiewicz (right) with Dorota Adamiak (left) and Dorothy Hodgkin at the Third Polish Summer School on X-ray Crystallography in Jabłonna in 1972. Photo contributed to the IUCr gallery by W. L. Duax.

Professor Kosturkiewicz supervised over 150 MSc theses and 11 PhD theses. Her laboratory was a popular place for internship and instruction for numerous students and collaborators from within and outside Poland. During 1970–1974 Dr Kosturkiewicz also taught crystallography to a small group of three PhD students at the Technical University of Gdańsk, 350 km away from Poznań. She used to travel to Gdańsk, sometimes several times a month, with models, teaching aids and other accessories, to give lectures, classes and guide the research projects (and brilliant students) there.

Professor Kosturkiewicz published 110 research papers, two books and countless popular articles. She guest-edited the issue of the IUCr Newsletter dedicated to Crystallography in Poland (2007). For a number of years, she represented Poland in IUPAC. 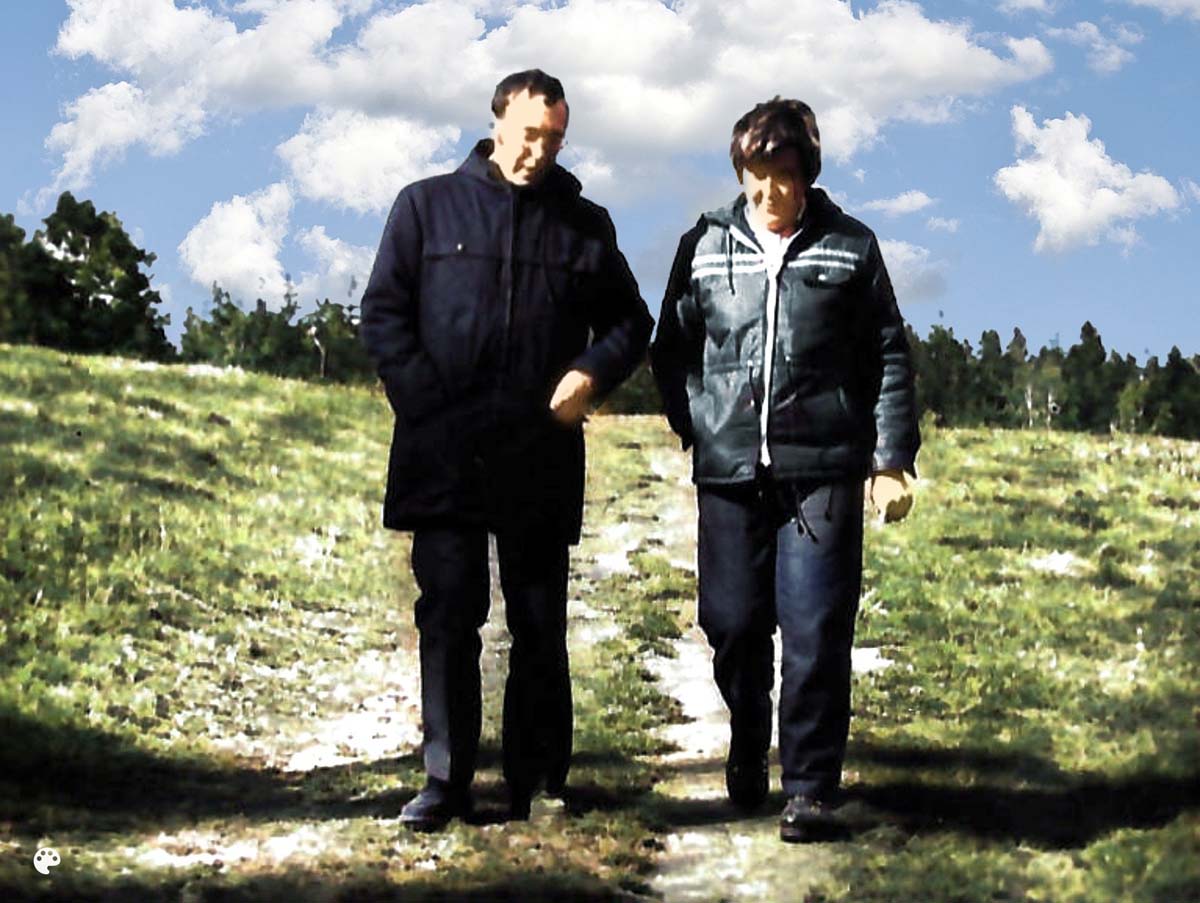 Mike Glazer (Editor of the IUCr Newsletter) walking with Zofia Kosturkiewicz in Poland in 1983.

In her younger years, Professor Zofia Kosturkiewicz was a sworn excellent rock climber. On a par with all-male teams, she climbed the most difficult routes of the Tatra Mountains. She cherished a passion for mountains until her last day.

Till time heals the sore, her empty desk will remind all of us who were close to her of the loss. But perhaps more important than personal grieving is the lasting legacy left by Professor Kosturkiewicz: very strong organic and biological crystallography in Poznań, and a network of her students and collaborators scattered all over the world. 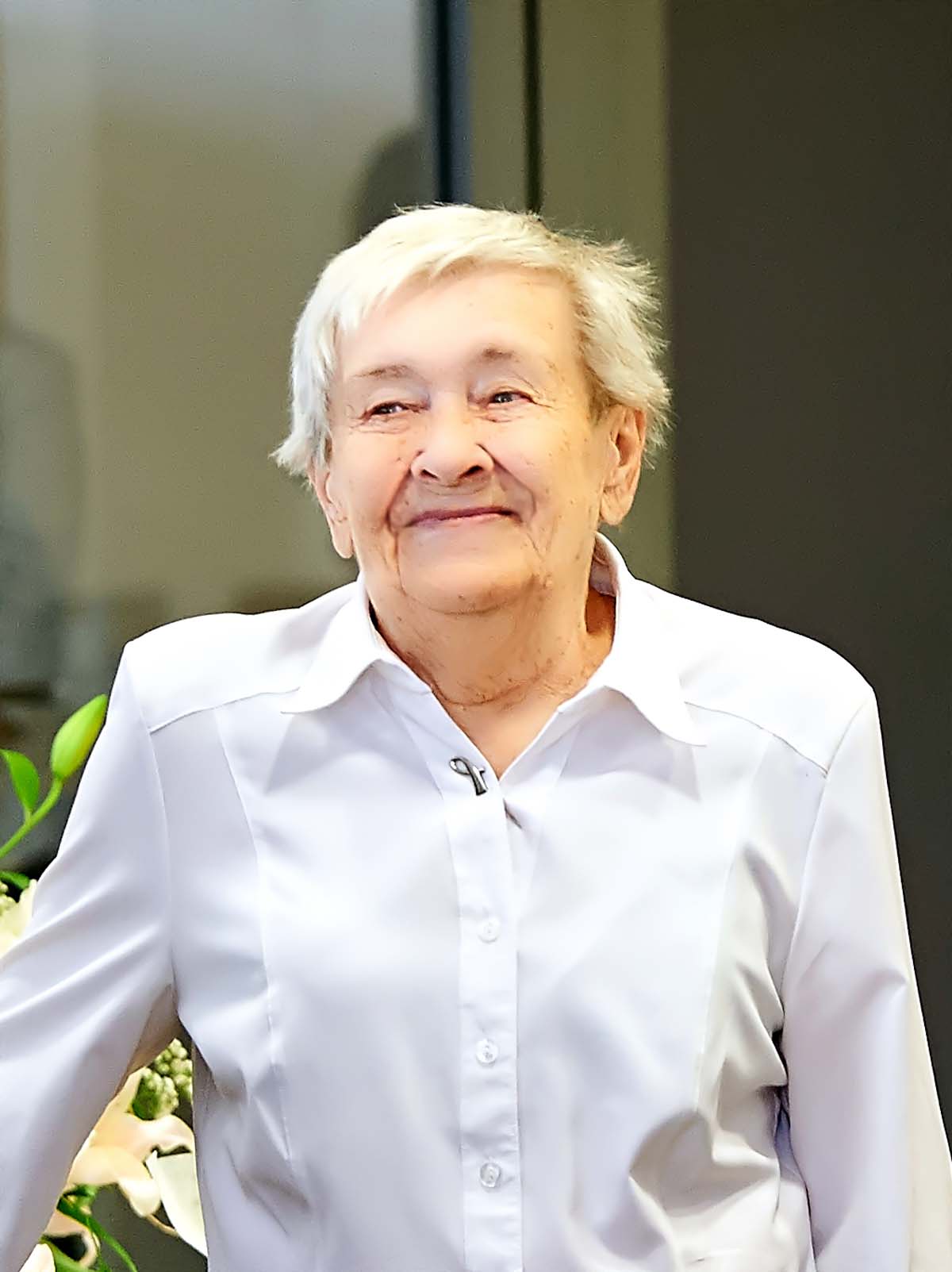