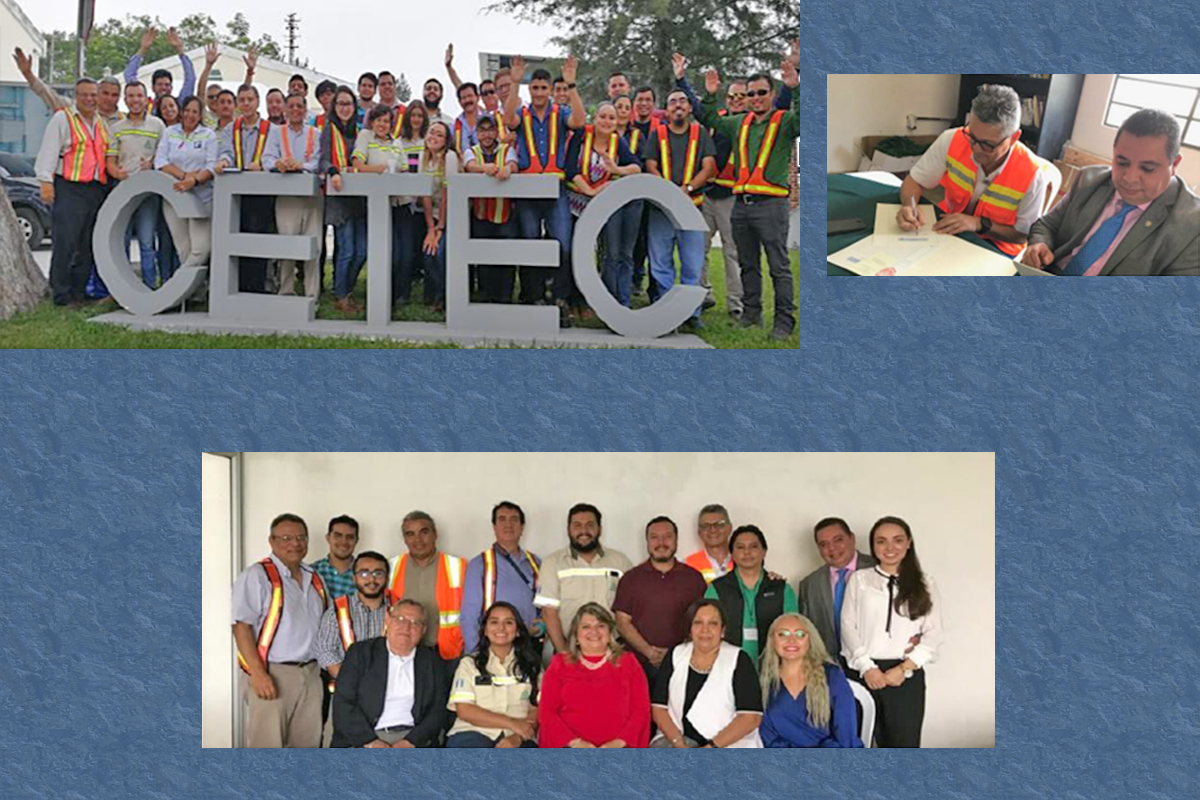 Foundation of the Guatemalan Crystallographic Association (ACriGUA) on 14 August 2019.

In May 2018 the first crystallography seminar was realized in Guatemala with the visit of Professors Miguel Delgado and Diego Lamas. With the support of visiting professors at the assembly, a crystallography association was formed in Guatemala (ACriGUA), which was founded on 14 August 2019 according to the Guatemalan Civil Associations book. It currently has 10 founding members. 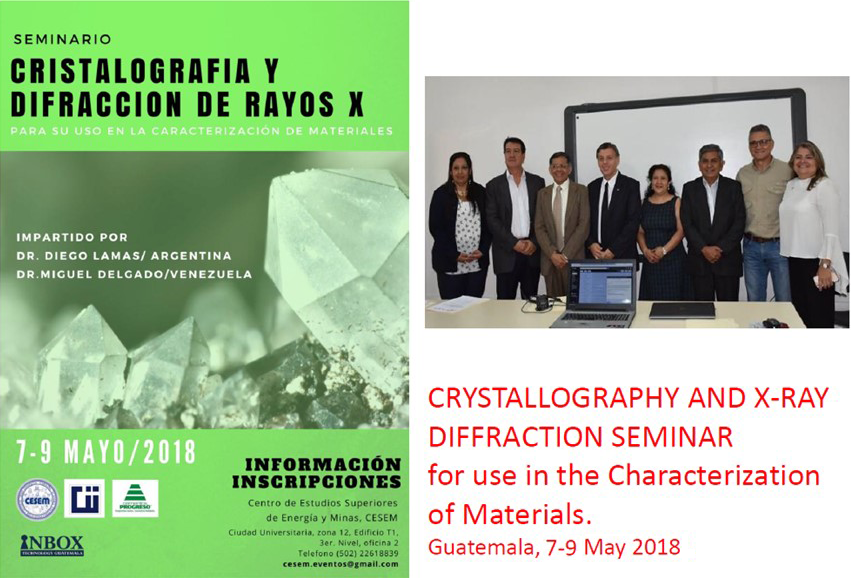 The research and development center – CI+D (for its acronym in Spanish) – of Cementos Progreso, S.A. has been an important pillar in the development of powder crystallography in Guatemala, having been pioneers in having an X-ray diffraction instrument for research (PANalytical Empyrean Series II) and a scanning electron microscope (JEOL JSM-IT500LV), which have been put at the service of researchers, professors and students through public–private alliances with university educational centers, archaeological sites etc.

Contributions to the conservation of Mayan archaeology in Guatemala, listed according to the archaeological site, include the following:

●       La Corona: analysis of dental pieces with inlays and different types of fibers, characterization of the composition of soils and artifacts of different kinds

●       Cuenca El Mirador: analysis of stuccoes from different structures for their reconstruction and conservation

●       El Sotz: analysis of the composition of soils and stuccoes of ornamental pieces for their reconstruction and conservation

●       Waka Perú: analysis of pigments from different types of ceramics

●       Kaminaljuyu: analysis of Mayan jewelry, composition of stuccoes for their reconstruction and conservation and analysis of pyrite mirrors.

The public–private alliance reached with academia has led to fruitful collaborations. Senior students of the bachelor’s degree in Chemistry and Chemical Engineering of the San Carlos de Guatemala University and Del Valle University of Guatemala have been trained year by year. Research in materials science has been the greatest force, going through to the study of nanoparticles, such as the addition of carbon nanotubes and their functionalization with different functional groups in cement mortars. Other studies include the addition of organic molecules, such as chitosan, to mortar; the bioremediation of mortars through the addition of microorganisms to cementitious mixtures; and the characterization of modified clays.

We should also mention that we have started to participate in the activities of the Latin American Crystallographic Association (LACA) as our Regional Associate. SENACYT, the National Office of Science and Technology of Guatemala, has supported our membership in LACA and supports our membership in the IUCr, which was formalized during the first General Assembly session on 15 August 2021 during the 25th IUCr Congress in Prague, Czech Republic.

In addition, students have shown enthusiasm for crystallography. Guatemala had students attending the lectures in the 1st and 3rd LACA Schools on Small Molecule Crystallography. The first event was held in Montevideo, Uruguay. The 3rd school was scheduled to take place in Mexico City but because of the COVID-19 pandemic, the course was redesigned into a virtual edition. Therefore, the School's duration was set for two weeks, with one theoretical lecture (1.5 h) and two practical sessions (1 + 1 h) per day distributed across an eight-hour timeframe.

In the divulgation of crystallographic sciences, a short lecture was held in the II National Congress of Biotechnology. The chemist Jorge Solis-Portillo presented an Introduction to single-crystal X-ray crystallography for small molecules of biological interest. This event was organized by the inter-sectoral technical commission on biotechnology of the CONCYT (National Council for Science and Technology in Guatemala). This event was used as a platform to increase the interest among the Guatemalan population of the potential applications of crystallography in industry and academia. Leaders of industry, students and entrepreneurs in the biotechnology sector attended this online event.

Since its creation, ACriGUA has organized several events, with the purpose of disseminating crystallography in Guatemala, with the support of national and international speakers.

The activities that ACriGUA has carried out have been announced on local Facebook and YouTube networks, and have been seen by the public in Guatemala and countries such as Costa Rica, Colombia, Brazil, Peru and Uruguay. We plan several virtual events for this year and hope we will be able to have in-person activities in Guatemala, once the global health situation caused by COVID-19 improves.

The authors of this article from left to right: Ingrid Benítez, Ricardo Posadas and Omar Velásquez-González.

Recently, Professor Omar Velásquez-González (San Carlos University) obtained a grant for Structural Biology Research. A lectin from an endemic sea cucumber (Holothuroidea class) is the main object of the study. Professor Veláquez-González was a student of Professor Abel Moreno, studying crystallography and crystallogenesis.