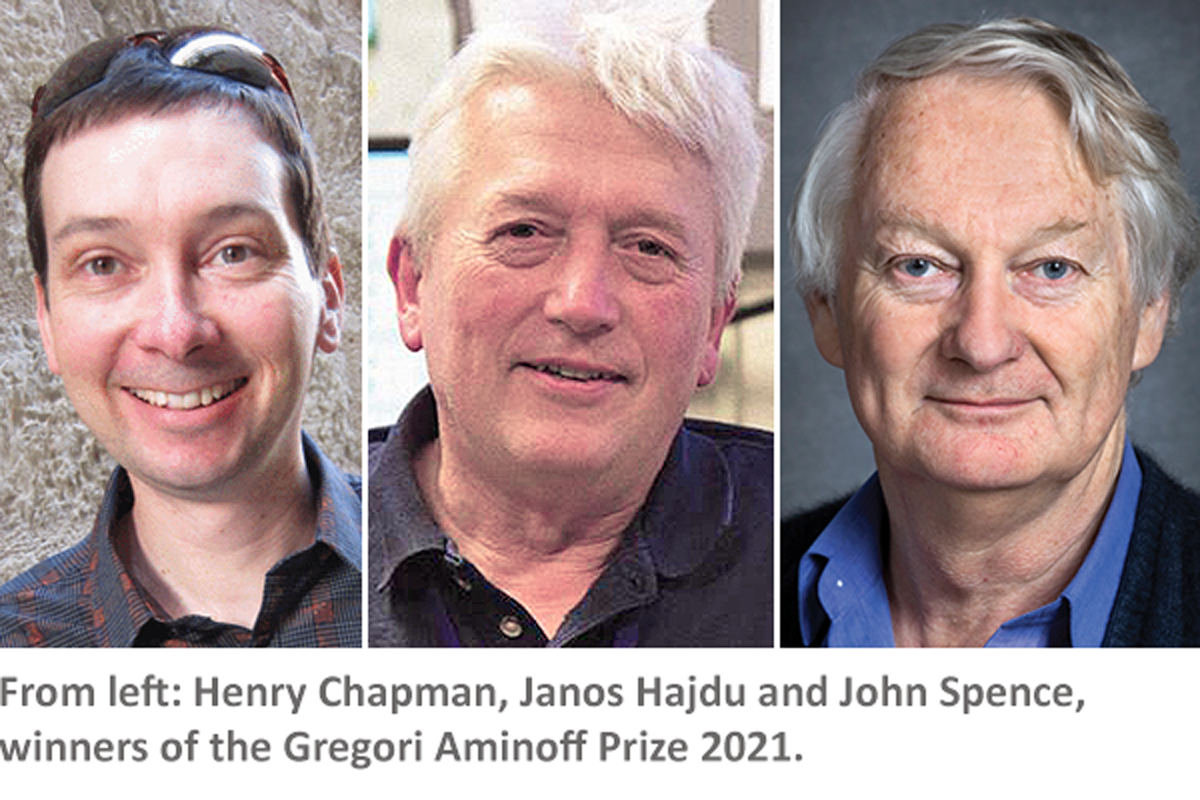 The Royal Swedish Academy of Sciences has decided to award the Gregori Aminoff Prize 2021 to Henry Chapman (University of Hamburg, Germany), Janos Hajdu (Uppsala University, Sweden) and John Spence (Arizona State University, Tempe, AZ, USA) “for their fundamental contributions to the development of X-ray free electron laser based structural biology”. The Prize rewards a documented individual contribution to the field of crystallography, and has been awarded to Swedish and foreign researchers since 1979.

Professors Chapman, Hajdu and Spence (shown from left to right) are pioneers in the development and application of X-ray free-electron lasers (XFELs) in the study of biological macromolecules, especially proteins. Thanks to the intense X-rays generated in a single short pulse from an XFEL, the structure of highly sensitive protein samples can be obtained using an experimental approach called “diffraction before destruction”, where diffraction data are generated and recorded before the crystal explodes. This has now been done for various proteins that function as surface receptors on human cells, opening the way for new pharmaceuticals to be developed.

The short pulses from an XFEL also allow the study of extremely rapid reactions that are catalysed by proteins and radiation-sensitive reactions. An example is the key enzyme in photosynthesis, photosystem II, where XFEL research allows the structure determination of intermediate molecules, ones that are created and changed during the reaction. This, for example, has improved the understanding of how atmospheric oxygen is generated from water in plants, in a reaction that provides energy for the fixation of atmospheric carbon dioxide.

All three winners are well known to IUCr Journals, with Professor Hajdu being Editor of Journal of Applied Crystallography, and Professors Chapman and Spence Co-Editor (Physics and FEL Science and Technology) and Editor, respectively, of IUCrJ.