Crystallography in the United Arab Emirates 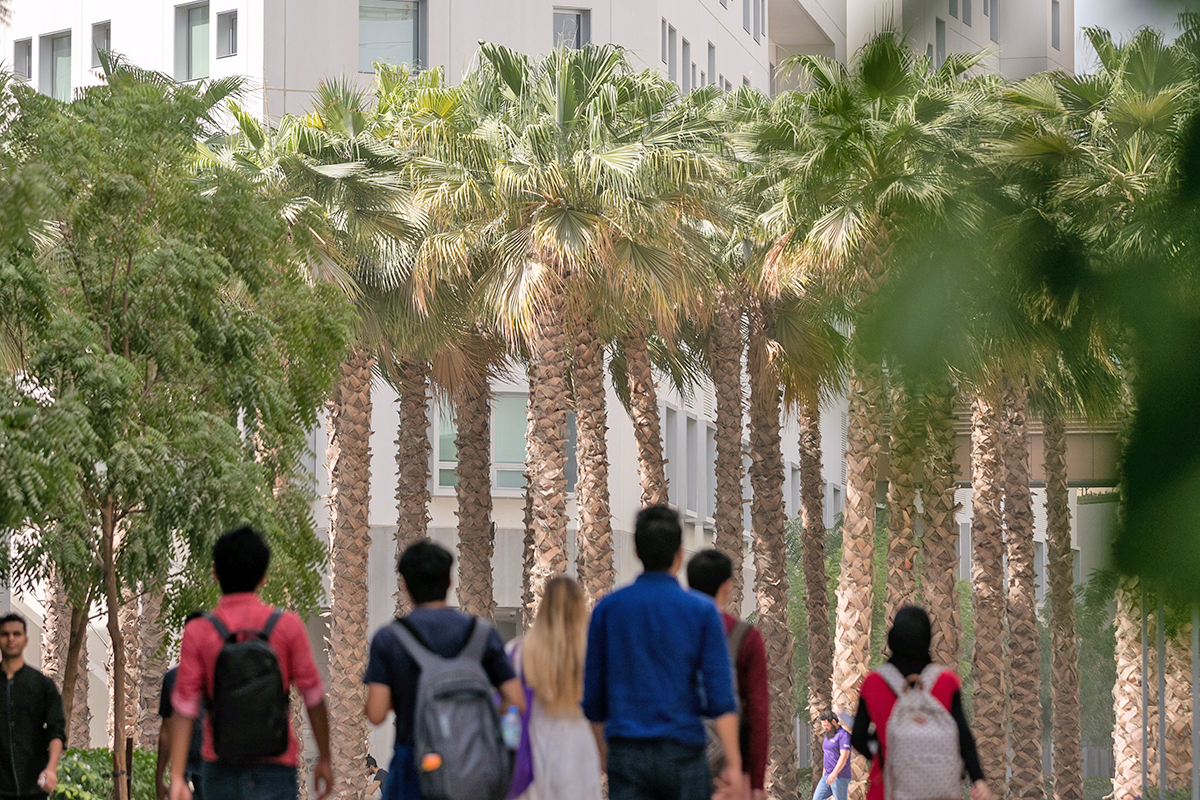 Students on the NYUAD campus.

On 20 September 2020, researchers from academia and industry in the United Arab Emirates (UAE) established the Emirates Crystallographic Society (ECS). The ECS is the culmination of years of work and represents the only internationally recognized professional body to represent UAE researchers who use diffraction methods. For a country that is only 50 years old, the UAE has made significant investments in scientific research over a short period of time. The establishment of the ECS is another milestone for the growing research community in the UAE.

Since its founding in 2020, the ECS has gained a string of admittances to a number of international crystallographic bodies. With each admittance to an international body, the ECS and its representatives are working hard to bring better visibility and resources to the growing community of researchers in the UAE that use diffraction methods. On 28 April 2021, the council of the European Crystallographic Association (ECA) voted to admit the ECS as a full national member. On 13 August 2021, the ECS was also admitted to the Asian Crystallographic Association (AsCA). Most recently, on 15 August 2021, the ECS was admitted to the International Union of Crystallography (IUCr) as a Category 1 adhering body, which was formalized at the 25th Congress of the IUCr, which took place in Prague.

The World Database of Crystallographers (WDC) currently has 15 entries from the UAE. However, the ECS currently has over 100 members from across industry and academia in the UAE. Until about 10 years ago, most diffraction experiments conducted in the UAE were limited to powder X-ray diffraction (PXRD) methods. Such PXRD methods were typically used for phase identification. In 2013, the first two single-crystal X-ray diffractometers were procured by the newly established New York University Abu Dhabi (NYUAD) in Abu Dhabi, the capital of the UAE. The commissioning of these instruments was initially supervised by Professor Panče Naumov and the late Professor Joel Bernstein of NYUAD. The instruments are now supervised by Dr Liang Li, a member of the Core Technology Platforms (CTPs) at NYUAD. These instruments supported the establishment of several local and international collaborations with leading researchers. Within the UAE, strong collaborative ties were established with Khalifa University (Professor Sharmarke Mohamed), United Arab Emirates University (UAEU) and other institutions. In 2018, the first protein crystal structures were determined entirely at NYUAD with high-resolution data collected at the Swiss Light Source (SLS) at the Paul Scherrer Institute as part of work that was published by Professor Wael Rabeh and Professor Naumov. The protein crystal structures represent an important hallmark for the initiation of structural biology research in the UAE.

The authors of this article from left to right: Panče Naumov, Sharmarke Mohamed, Liang Li and Wael Rabeh.

Single-crystal diffractometers are also now starting to be procured and used by national universities in the UAE. With the merger of the Petroleum Institute, Masdar Institute and Khalifa University of Science Technology and Research in 2017, a new national university was created in Khalifa University (KU), bringing together existing strengths in engineering and earth sciences but also adding new research and teaching focus with the opening of a College of Arts and Sciences as well as a College of Medicine and Health Sciences. These changes have attracted new faculty and research staff working at the interface of materials science and crystallography. KU currently has five PXRD instruments and three single-crystal diffractometers. Professor Mohamed's research group is currently applying both small-molecule crystallography and computational modelling techniques to design, synthesize and characterize new solid-state architectures of organic crystalline materials with useful properties. Two new single-crystal diffractometers were also recently procured by UAEU and Sharjah University. A search of the Cambridge Structural Database and other databases indicates that as of September 2021, over 400 crystal structures had been deposited by researchers from the UAE. We anticipate that this will increase over the coming decades as more researchers use the growing research capabilities of UAE institutions in the area of X-ray crystallography.

Over the past decade, crystallographers from the UAE have actively participated and presented their research in crystallographic conferences, notably those organized by the ECA, AsCA and IUCr. Since 2012, researchers from NYUAD were also involved in the academic activities of the SESAME (Synchrotron-light for Experimental Science and Applications in the Middle East) synchrotron in Jordan. Professor Naumov gave a number of invited lectures at SESAME’s annual user meetings. In 2016 and 2018, NYUAD hosted two materials science conferences – the First and the Second Middle-Eastern Materials Science Conferences – where crystallographic research featured prominently in the conference program. In 2017, KU also hosted the first Environmental and Materials Science Symposium (EMSS’17), bringing together industrial and academic researchers working in these disciplines.

Looking forward, the UAE has set an ambitious target of transitioning to a knowledge-based economy by 2030. As a consequence of this ambition, the UAE has invested significant resources in education and research within the natural sciences. Given that crystallographic methods are important to advances in a number of sectors that are critical to the UAE economy, the establishment of the ECS and its membership of a number of regional and international bodies will support the work of researchers and the transition of the UAE to a knowledge-based economy.